With several performances on the calendar, pianist David Korevaar’s plate is full

The summer has ended and fall has arrived.

It may not seem like it when it reaches 90°, but you can be certain. Not only is it Labor Day Weekend, the official end of summer, but the fall music has season has, in fact, already begun. The first of the CU College of Music Faculty Tuesday concerts was already last week, when pianist David Korevaar and violinist Harumi Rhodes played a program of sonatas for violin and piano by Beethoven, Janáček and Schumann. 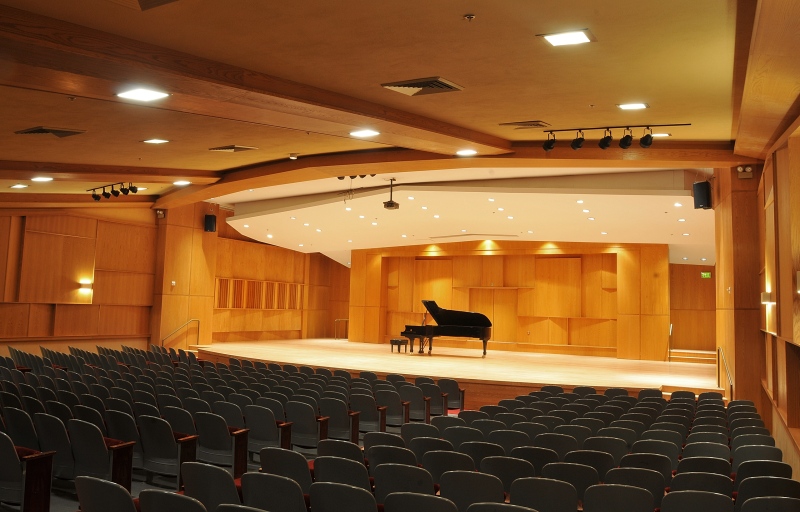 That series continues tomorrow, Tuesday, Sept. 5, with a Faculty Tuesday debut by baritone Andrew Garland performing a program titled “The Quest” with pianist Jeremy Reger. Future Faculty Tuesday events, listed here, will feature guests from the Cleveland Orchestra Sept. 12, Korevaar and violist Geraldine Walther performing “Chopin on the Viola” Sept. 26, and a fascinating potpourri of other topics and programs through the fall.

The Faculty Tuesday concerts are all at 7:30 in Grusin Music Hall, and all are free. Even better, you can watch from home and avoid the parking free-for-all around campus: the College of Music will provide live streaming of these events, available through the “CU Presents” button on the Faculty Tuesdays Web page listing of each event. 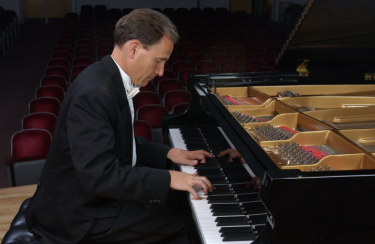 None of the music faculty will be busier this fall than Korevaar, who shows up on four more Faculty Tuesdays in addition to his series-opening recital with Rhodes last week: “Chopin on the Viola” with Walther Sept. 26; “Finnish Celebration” with eight other faculty members Oct. 24; “Schubert and More” with violinist Charles Wetherbee Oct. 31; and “Signs Games+Messages” with Rhodes, Walther and cellist David Requiro Nov. 28.

Not letting any grass grow under his feet or on his keyboard, Korevaar also inaugurates the new CU@The Dairy series at the Dairy Arts Center on Thursday, Sept. 7, playing and conducting two of Mozart’s piano concertos. And as if that weren’t enough, he will be performing Beethoven’s Fantasy for Piano, Chorus and Orchestra, op. 80, with the Boulder Philharmonic at 7:30 p.m. Saturday, Oct. 14 in Macky Auditorium (tickets here).

“Yeah, there’s a lot on the plate,” Korevaar admits.

Thursday’s concert at the Diary, titled “Miraculous Mozart,” will feature two of Mozart’s piano concertos, K449 in E-flat major and K450 in B-flat major. They were both written in the same year, 1784, and of the two Korevaar identifies the second as the more difficult. “Mozart wrote a letter to his father,” he says, “and he said [K450] is the hardest thing he’s ever written. I might not disagree—it’s a tough piece, so obviously virtuoso.”

You will be able to read more about Korevaar, the Mozart concertos, and CU@The Dairy on this Web page and in the next issue of Boulder Weekly on Thursday, Sept. 7.

One thought on “CU Faculty Tuesdays, free and live-streamed, offer a fascinating potpourri of repertoire”