2019: Many farewells in the music world

Remembering some of the fabulous musicians we have lost

Below are listed some of the musicians we lost in the past 12 months. There is kind of melancholy symmetry to the fact that Carol Channing, famous for the role of Dolly Levi in Hello Dolly, is the first person in the list, and Jerry Herman, that evergreen show’s composer and lyricist, is the last.

These are just the names that caught my eye. Feel free to add any names that have been overlooked. 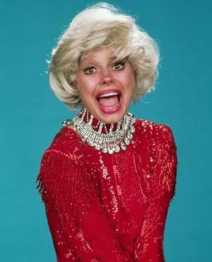 Who else? Carol Channing

Jan. 15: Carol Channing, the instantly recognizable Tony-winning platinum blond who became permanently associated with the role of Dolly Gallagher Levi in Hello Dolly, a role she revived at the age of 74, 97

Jan. 17: Theo Adam, German bass-baritone known for Wagnerian roles including Hans Sachs and Wotan, which he sang at Bayreuth, the Wiener Staatsoper and the Metropolitan Opera, 92

Jan. 26: Michel Legrand, arranger and composer of hundreds of film scores, known especially for the music for The Umbrellas of Cherbourg and “The Windmills of your Mind” from The Thomas Crown Affair, 86

Jan. 26: Sanford Sylvan, American baritone who was particularly memorable in operas by John Adams, including as Chou En-lai in Nixon in China and Leon Klinghoffer in Death of Klinghoffer, 65 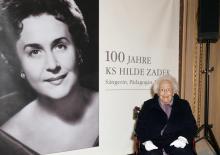 Feb. 21: Hilde Zadek, Austrian soprano who sang at the Wiener Staatsoper from her remarkable debut as Aida—without ever having previously studied the role or even sung onstage—in 1947 until her retirement in 1971, and at other major houses world-wide, 101 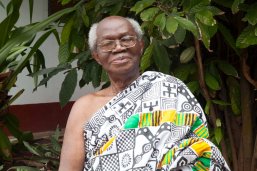 March 13: J.H. Kwabena Nketia, Ghanaian scholar and composer who was recognized as the leading scholar of African music, well known to anyone who studied ethnomusicology in the past several generations, 97

March 15: Michael Gielen, German conductor known for his performances of contemporary music and radical productions he led at the Frankfurt Opera, 9 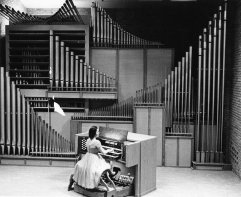 April 4: Marilyn Mason, concert organist and teacher at the University of Michigan for a remarkable 67 years, and a champion of music by living composers, 93 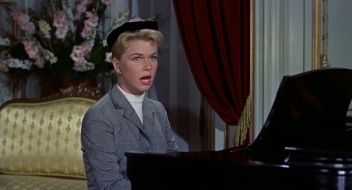 Doris Day singing ‘Que será, será” in The Man Who Knew Too Much

April 22: Heather Harper, Northern Irish-born soprano known for her performances of Ellen Orford in Peter Grimes and other roles in Benjamin Britten’s operas, as well as repertory from the Baroque to the 20th century, 88

May 13: Doris Day, born Doris Mary Ann von Kappelhoff, a singer who was compared to Bing Crosby and Frank Sinatra before she became the perpetually chaste star of films including Pillow Talk and That Touch of Mink, 97 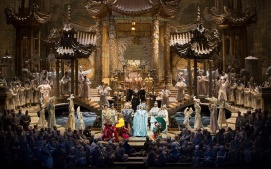 June 15: Franco Zeffirelli, Italian film and opera director who brought lavish, extravagant productions to the Metropolitan Opera and other houses around the world, including popular versions of Carmen, La Bohéme and Turandot (1987) at the Met, 96

June 15: Michael Jaffee, co-founder with his wife Kay of the Waverly Consort, which got its start preparing music for a graduate musicology class at New York University and went on to become one of great popularizers of early music, 81

June 23: Spiro Malas, a bass with a long career in supporting roles at the New York City Opera and the Metropolitan Opera, who found fame as Tony Esposito in the 1992 Broadway revival of The Most Happy Fella, 86 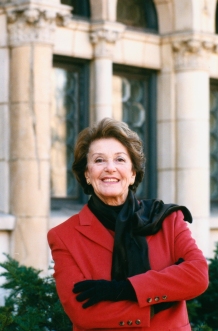 July 1: Sid Ramin, a lifelong friend of Leonard Bernstein who won both an Oscar and a Grammy for his work orchestrating West Side Story, 100

July 4: Vivian Perlis, founder of Yale University’s Oral History of American music, an archive of 3,000 recordings collected over more than 40 years with interviews of composers and other important musicians including Aaron Copland, Elliot Carter, Duke Ellington and John Adams, 91

July 6: João Gilberto, the recording artist and songwriter credited as the creator of the complex Brazilian song style known as bossa nova (“the new thing”), 88

July 9: Aaron Rosand, violinist who performed worldwide and whose students won many major violin prizes, and who sold his Guarneri del Gesù violin for $10.1 million, of which he gave $1.5 million to the Curtis Institute in Philadelphia, 92

July 12: Robert Orth, an American baritone known for creating roles in new operas, having sung the premieres of Jake Heggie’s Dead Man Walking, Ricky Ian Gordon’s Grapes of Wrath, and Heggie and Gene Scheer’s Moby-Dick, among many others, 72 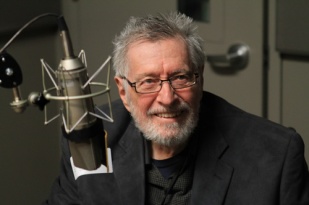 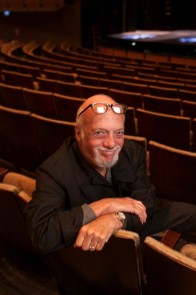 July 31: Hal Prince, the legendary Broadway producer and multiple-Tony winner who collaborated with Bob Fosse, Jerome Robbins, Leonard Bernstein, Stephen Sondheim, and others, and produced and/or directed shows including West Side Story, Fiddler on the Roof, Sweeney Todd and Phantom of the Opera, 91

Aug. 17: Rosemary Kuhlman, mezzo soprano who sang the role of Amahl’s mother in the 1951 world premiere telecast of Gian Carlo Menotti’s Amahl and the Night Visitors on NBC, a role she sang for many years and that led to a career at New York City Opera, 97

Sept. 17: Harold Mabern, a Blues and jazz pianist, composer, recording artist and teacher who worked with “Cannonball” Adderley, Miles Davis, Lionel Hampton and others over a long career as a self-described “”Blues player with chops,” 83 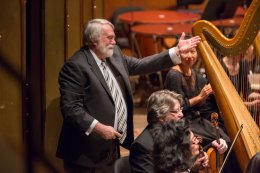 Sept. 22: Christopher Rouse, Pulitzer- and Grammy-winning composer of vivid, energetic and often loud orchestral works that grew out of his enjoyment of rock music and his studies with George Crumb, 70

Sept. 23: Myron Bloom, principal horn of the Cleveland Orchestra under George Szell, later principal of the Orchestre de Paris and faculty member of the Indiana University Jacobs School of Music, 93

Sept. 25: Paul Badura-Skoda, Austrian pianist who was known for his elegant and refined performances, who overcame an early prejudice against period keyboard instruments to record the complete sonatas of Mozart, Beethoven and Schubert on both modern and historical instruments, 91

Sept. 29: Martin Bernheimer, the ruthless and feared, but also widely respected music critic of the Los Angeles Times, where he won the 1982 Pulitzer Prize for criticism and twice won the ASCAP Deems Tayler Award, as well as the Financial Times and other outlets, 83 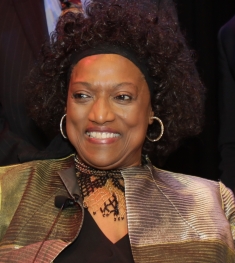 Sept. 30: Jessye Norman, exceptional dramatic soprano who performed leading roles at the Metropolitan Opera, La Scala and other major houses, became the youngest winner of Kennedy Center Honors in 1997, received the National Medal of the Arts and a Grammy Lifetime Achievement Award and was a Commander of the French Order of Arts and Letters, 74

Oct. 4: Diahann Carroll, tony-winning singer and actress, for whom Richard Rodgers wrote a part in No Strings after he saw her in Harold Arlen’s House of Flowers, and who then went on from success in musicals, to her first move role in Carmen Jones, and finally became the first black woman to have her own TV show, Julia, 84

Oct. 22: Raymond Leppard, English conductor who made a reputation reviving early Baroque operas, tailoring them to what he considered modern tastes rather than recreating original performances (which he called a “faddish pursuit”), then went on to conduct orchestras in St. Louis, Manchester and Indianapolis, 92

Oct. 25: Chou Wen-Chung, Chinese-born composer who taught for many years at Columbia University, one of the first composers to blend Asian and Western sounds in his scores and was called “the godfather of Chinese contemporary music” by his student, composer Tan Dun, 96

Nov. 30: Mariss Jansons, Latvian conductor who led the Bavarian Radio Symphony and the Concertgebouw Orchestra of Amsterdam and whose touring appearances around the world were widely anticipated, 76

Dec. 12: Dalton Baldwin, American pianist who was known and widely admired as a recital accompanist to some of the greatest singers of his time, including Elly Ameling, Frederica von Stade, Jessye Norman, Nicolai Gedda and Gérard Souzay, 87 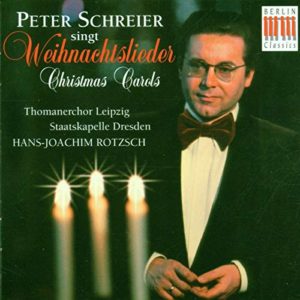 Dec. 25: Peter Schreier, German lyric tenor and conductor who trained in East Germany and performed more than 60 opera roles in major opera houses world wide, and whose final performance in 2005 was Bach’s Christmas Oratorio in Prague, in which he both conducted and sang the role of the Evangelist, 84

Dec. 26: Jerry Herman, composer of notable Broadway musicals about vibrant women—Hello, Dolly and Mame—and notably the first musical featuring gay lovers, La Cage aux Folles, winner of many awards including Tonys for Dolly and La Cage, which also won the Tony for best revival in both 2004 and 2010, 88

Bahman Saless takes the night off

Boulder Chamber Orchestra (BCO) has some holiday surprises planned for a concert Saturday (Dec. 21) that opens with music by Mozart. And one of the surprises is that the group’s music director, Bahman Saless, will not lead the performance — which is fine with him. 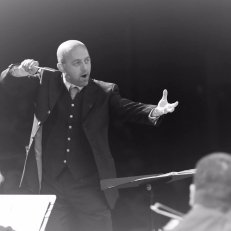 Arturo Armellino will conductors the BCO

“Tell people that Bahman is not conducting this,” he says, laughing. “It will sell out!”

The concert, titled “Un dono di musica” (a gift of music), will be led by a guest artist from Italy, conductor Arturo Armellino. Appearing with him as a guest artist will be bassoonist Luciano Corona, who will play Mozart’s Bassoon Concerto on the Mozart half of the program. The concert will be Corona’s U.S. debut appearance.

Hopefully, it will not come as a surprise to the audience that the concert time has been changed. Originally announced at 7:30 p.m., the concert will start an hour earlier, at 6:30 p.m., in the Boulder Seventh-Day Adventist Church. 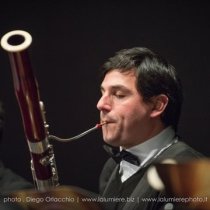 The first half of the concert will be all Mozart: Symphony No. 33 in B-flat major, and Bassoon Concerto in B-flat major. Both are first performances for the BCO.

For the second half of the concert, they will perform Corelli’s Concerto Grosso in G minor for strings, subtitled “fatto per la notte di Natale” (made for the night of Christmas) and popularly known as the “Christmas Concerto.” The rest of the performance will comprise music for Christmas to be announced from the stage.