The Longmont Symphony and conductor Elliot Moore continue their ongoing cycle of Beethoven symphonies with concerts at the Longmont Museum Stewart Auditorium Saturday and Sunday (Feb. 29 and March 1; details below). 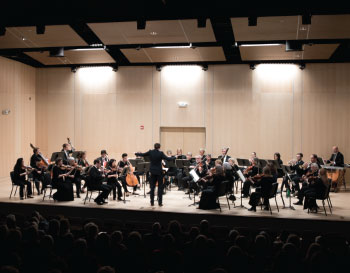 The program features one of Beethoven’s least-performed symphonies, No. 4 in B-flat major, as well as Schubert’s Symphony No. 5 in B-flat major. “It’s Beethoven’s Fourth and of course, it’s known,” Moore says. “But these are pieces that are not the meat and potatoes of either composer.

It is specifically repertoire that Moore has wanted to bring to the Longmont Symphony from the day he arrived. For both the players and the audiences, it is important to know these earlier symphonies, he says. 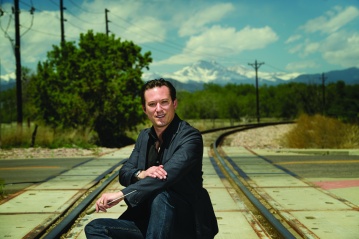 “Early Beethoven, Mozart, Haydn: these are composers that in the history of the Longmont Symphony are generally underrepresented. In fact, I think that this is the Longmont premiere of Beethoven’s Fourth Symphony.

Both symphonies were written in the early years of the 19th century—Beethoven in 1808, Schubert in 1816—and early in each composer’s symphonic careers. But both are also works that look back to the 18th century, rather than forward to the Romantic era that was just getting started in music.

“The thing that is interesting to me is that Beethoven had just composed his Third Symphony, and when he wrote his Fourth, he looked much further back rather than forward into what the symphony would become,” Moore says. “He went back more toward Haydn.

“In Schubert’s case, instead of looking at Beethoven and what Beethoven had written, he was more inspired by Mozart in this symphony. So both symphonies have a very classical sense to them.”

“With Schubert’s Fifth, it’s how to me it sounds like an extension of Mozart. It’s as if we’ve got Mozart’s 42nd Symphony, and that’s something that I am really looking forward to bringing to life.”