Geraldine Walther to retire in 2020, after 15 years with quartet

The Takacs Quartet, in residence at the University of Colorado, Boulder, has announced that retirement from the group of violist Geraldine Walther. She will be replaced by violist Richard O’Neill starting in June 2020.

The other current members of  the quartet are first violinist Edward Dusinberre, who joined in 1993; second violinist Harumi Rhodes, who joined in 2018; and cellist András Fejér, the sole remaining original member of the group.

The original Takács Quartet was formed by four students at the Franz Liszt Academy of Music in Budapest, following a pickup soccer game. That quartet, comprising Gábor Takács Nagy, Karoly Schranz, Gábor Ormai and Fejér, first came to Boulder in 1986 as artists-in-residence at the CU College of Music. In addition to maintaining a high profile international career, the quartet presents an annual concert series on the CU campus that sells out two performances of each program, and frequently collaborate with their faculty colleagues.

Walther was quoted in a statement released by the Takacs Quartet: “I have loved being a member of the Takács Quartet and am grateful for all the friends I’ve made along the way. I am very happy to hand the baton over to the wonderful violist and musician, Richard O’Neill, and wish the group every success for their future together!”

O’Neill wrote, “Joining the Takács Quartet is the greatest honor of my life. I am thrilled to follow in the footsteps of one of my heroes, the great Geraldine Walther, whom I have listened to and adored since I was a child.”

CU College of Music Dean John Davis wrote: “Walther, whose exceptional artistry has contributed to the long-standing success and reputation of the Takács Quartet, will be sorely missed by the many people who have been impacted by her music, friendship, teaching and warm spirit. She has been a treasured part of the College of Music family, and her immense contributions here will be felt for many years to come.

“The addition of Richard (O’Neill) to the quartet is to be celebrated. Richard is a musician of the highest caliber and we are beyond thrilled that he will become the newest member of the Takács Quartet and contribute to the ongoing stellar level of the group. We welcome him to the College of Music!” 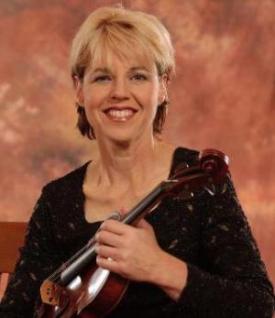 Walther joined the Takacs Quartet from the San Francisco Symphony, where she was principal violist for 29 years. Early in her career she won the William Primrose International Competition. In addition to CU, she taught at the San Francisco Conservatory, Mills College in Oakland and Notre Dame de Namur University in Belmont, Cal.

She also has appeared a chamber music festivals from Marlboro, Vt., to Santa Fe N.M., and frequently performed as a solo artist. Her chamber music performances include collaborations with Isaac Stern and Pinchas Zuckerman, and the Guarneri, Tokyo and St. Lawrence quartets. 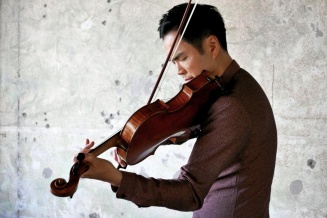 Korean-American violist O’Neill has been artistic director of Ensemble DITTO, founded in 2007 to introduce chamber music to a wider and younger audience in South Korea and Asia, throughout its 13-year existence. He is an artist of the Chamber Music Society of Lincoln Center and principal violist of Camerata Pacifica in Santa Barbara, Cal.

Walther will perform with the quartet for the remainder of the their campus concerts of the 2019-20 academic year. Her last performance with the group will be at the Prague Spring Festival on May 22, 2020. O’Neill will then succeed her starting with a performance at the Music Academy of the West in Santa Barbara, where he is currently on the faculty.