Elliott Moore, conductor of the Longmont Symphony, wants the orchestra to play more music from the Classical era. 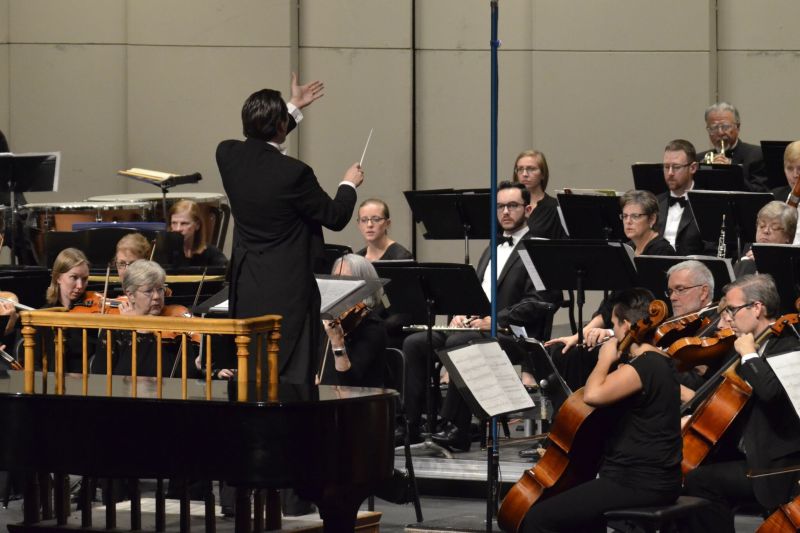 The standard works of the 19th-century Romantic era have been staples of the orchestra for many years, but the LSO has not played much Haydn, Mozart and early Beethoven. To remedy the imbalance, they have started scheduling chamber orchestra concerts in the intimate Stewart Auditorium of the Longmont Museum. Last year there was one; this year there will be two, at 4 p.m. Sunday afternoons Oct. 21 (sold out) and April 14. Similar concerts are planned for future seasons as well.

The orchestra will perform three works Oct. 21: Lacrimae Beati by American composer Richard Danielpour, which is derived from the last notes Mozart wrote before his death; Haydn’s Cello Concerto No. 1 in C major with soloist Alice Yoo; and Mozart’s Symphony No. 41 in C major, known as the “Jupiter” Symphony. The April 14 concert will feature Beethoven’s Overture to Egmont, the Chamber Symphony, op. 110a, by Shostakovich; and Beethoven Symphony No. 2 in D major, performed as part of a multi-year Beethoven cycle that will include all nine symphonies.

The programming of Classical-era pieces, as well as contemporary works for smaller orchestra, accomplishes two things, Moore says. “Haydn and Mozart are not composers that have been performed a great deal in Longmont,” he explains. “It still has a feeling of being fresh here, and it’s important that the Longmont Symphony bring this to our audiences.”

Of the works on the sold-out Oct. 21 concert, Moore is especially excited about Danielpour’s Lacrimae Beati. “I’m thrilled that Longmont will see the Colorado premiere of this fantastic work,” he says. “To me that’s very exciting, that we are able to bring [that] to our audience.

“What’s important is that Danielpour quotes Mozart’s Lachrymosa from his Requiem. It’s a direct quote, and the piece is based on the last eight notes that Mozart wrote. I wrote to Dr. Danielpour, and he is very honored that his piece is on the same program with Mozart’s final symphony.”

The April concert features music by two composers, Beethoven and Shostakovich. “These two composers go together so well, because while they lived in different times, they both are revolutionary composers,” Moore says. “Beethoven was doing so many new, exciting things, and it packs a punch in what he’s delivering. Shostakovich does the same thing in a different way.

“What is compelling about the program is the old and the new and how it relates.”

Of the works on the program, the Shostakovich Chamber Symphony is a string orchestra arrangement of the composer’s Eighth String Quartet, one of his most emotionally powerful pieces. In contrast to the sometimes anguished Shostakovich score, Beethoven’s Symphony No. 2 is one of the composer’s sunniest work. Its programming represents a continuation of the Beethoven cycle that began last year with the First Symphony.

Longmont Symphony at the Stewart Auditorium

Stewart Auditorium at the Longmont Museum. Photo by Peter Alexander.