The executive director’s responsibilities had been handled by Bahman Saless, founder and artistic director of the BCO. After 14 years, he is now ready to leave administrative duties to Huffman in order to focus on the music. 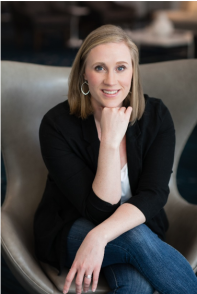 “I have loved and cherished very moment and I am ready to take a step back and lighten the administrative load knowing that the orchestra is in good hands,” he said in a news release.

Huffman first joined the BCO organization three years ago as managing director. She had left in 2017 to work for an educational non-profit organization in Denver, but returned to Boulder when offered the position with the BCO.

“I am beyond excited to be returning to Boulder to lead the orchestra,” she said in the BCO’s news release. “I have loved classical music since I was a little girl, and this organization feels like home to me. I am honored to be able to ring in the orchestra’s 15thseason.”

In a decision announced in July, MahlerFest hired Ethan Hecht as executive director after 31 seasons of performances. MahlerFest’s announcement notes that the festival has grown since the 2015 hiring of Kenneth Woods as the its second artistic director. The festival has added both workshops and a masterclass for young conductors, and introduced “festival artists” who are featured both in the MahlerFest orchestra and in chamber music performances during the festival.

According to the announcement from the festival, “the board looked to expand the administrative operations of the festival.” Hecht has performed at MahlerFest as the orchestra’s principal violist, and he has extensive administrative experience with Colorado Music Festival and Pro Musica Colorado Chamber Orchestra. He is currently executive director of the Boulder Chorale.

MahlerFest board president David Auerbach was quoted in the announcement of Hecht’s appointment: “This is a major investment in the future of the festival . . .We are very excited [Hecht] has joined the team.” 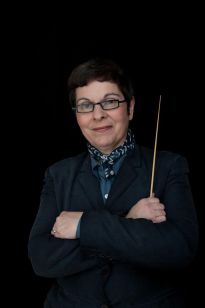 The central performance and likely audience favorite of the season will be Handel’s Messiah, to be presented Saturday and Sunday, Dec. 1 and 2, at Mountain View United Methodist Church, 355 Ponca Place in Boulder. The performance under conductor Cynthia Katsarelis will feature guests soloists to be announced later and the Boulder Chamber Chorale with artistic director Vicki Burrichter.

Mountain View Methodist, which has ample on-site parking, has become the orchestra’s home base in Boulder. All three of the season’s programs will be presented there. In addition, their September concert will be performed in Denver at Central Presbyterian Church, and the season-closing concert in February will be performed at the First Baptist Church of Denver and at the Stewart Auditorium in Longmont.

The first of the fall series of faculty recitals at CU will feature violinist Charles Wetherbee and pianist David Korevaar, performing three works: the Sonata for Violin and Piano in B minor of Ottorino Respighi; the Poeme op. 25 by Ernest Chausson; and one of the great masterpieces of violin repertoire, Beethoven’s Violin Sonata in A major op. 47, known as the “Kreutzer” Sonata.

You may check the full fall schedule for “Faculty Tuesdays” on the College of Music Web page. Note also that if you cannot make the trip to the CU campus for any of the performances, they are live-streamed every week through this Web page.