Boulder Phil sells out West Side Story 10 days in advance

The Boulder Philharmonic has announced that their concert performance of Leonard Bernstein’s West Side Story on Saturday, April 28, has sold out 10 days in advance.

The orchestra’s 60th-anniversary season has already been a success at the box office, leading to a modest expansion of next year’s season. When announcing the 2018–19 season April 6, Katherine Lehman, the Boulder Phil’s executive director, observed that “We have been extremely successful with ticket sales, and we’re ending the year particularly well this year.”

The sellout of West Side Story adds success to success. “This is thrilling news for us,” Lehman says today. “We can’t imagine a better way to bring our 60th-anniversary season to a close than to share West Side Story with a sell-out crowd!” 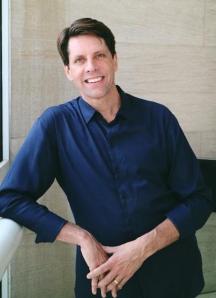 Boulder Phil has sold out a few performance in Macky Auditorium in recent years. Besides the Sunday Nutcracker performances with Boulder Ballet, these include several performances with Cirque de la Symphonie. Another sellout was the Boulder performance of the “Nature and Music” concert in March, 2017, that was subsequently performed in the Kennedy Center in Washington, D.C.

Performances by the orchestra with ukulele virtuoso Jake Shimabukaro in 2017 and violinist Sarah Chang in 2013 both sold out the day of the performance. The current production of West Side Story marks the first time in recent years that Boulder Phil has sold out a concert 10 days in advance.

The performance, in celebration of the 100th anniversary of Bernstein’s birth, is a presentation of the Boulder Phil in collaboration with Central City Opera. Boulder Phil music director Michael Butterman is conducting, with stage direction by Robert Neu, and a cast selected in audition by Butterman, Neu, and Central City Opera artistic director Pelham Pearce. The orchestra will be seated onstage, with action occurring on the front apron of the stage, and on a platform erected behind one side of the orchestra.

A few years ago, this performance would not have been possible. It has been popular for many years for orchestras to perform live with a screening of the film, but rights were not given for concert performances until 2014, when the San Francisco Symphony gave the first live in concert performances. Their performance was subsequently released on CD.

There have a been a few other orchestras who have performed West Side Story in concert, but the Boulder Phil is one of the first, if not the first, regional orchestra to do so.