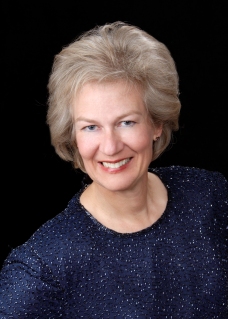 The program, titled “Mad Madrigals,” is one Browne had partially planned last year, before she left Seicento. After Browne moved from Boulder at the end of last season, Kevin Padworski was appointed to succeed her as artistic director.

When Padworksi was unable to conduct the concert scheduled for this weekend (March 16–18), Brown came to the rescue, flying from the east coast to take over leadership of performances scheduled in Denver, Boulder and Longmont. She will share the conducting duties with Amanda Balestrieri, Seicento’s associate artistic director.

In addition to the full Seicento chorus, members of the ensemble will be featured as soloists and in smaller groups. Additional musicians will be Paul Holmes Morton, theorbo; Sandra Miller, Baroque cello; Gerald W. Holbrook, harpsichord; Linda Lubeck, recorder; and Steve Winograd, recorder, pipe and tabor, and Morris bells. 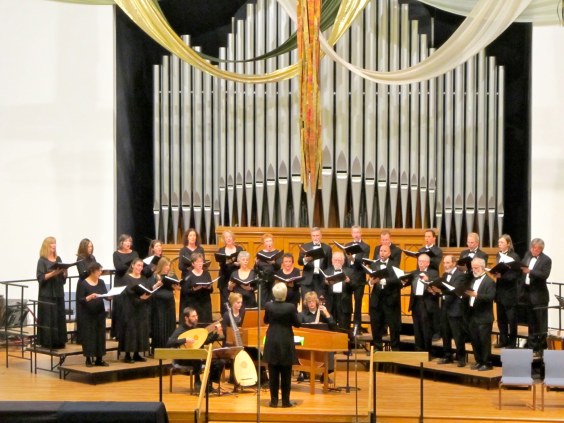 The program is well outside the usual repertoire of Seicento in the past, which has focused on major choral works of the Baroque period. The anchor work on the program, filling most of the second half, will be Festino nella sera del giovedì grasso avanti cena (Fête for the evening of Carnival Thursday before supper), a “madrigal comedy” by Adriano Banchieri. 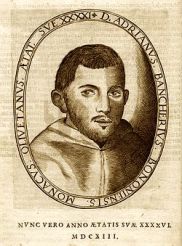 This is the most famous of the many madrigal comedies written around the year 1600, including several by Banchieri. Like all madrigals, they were written to be sung by amateurs as informal entertainment, often after dinner, and they are generally filled with comic vignettes poking fun at social conventions and stereotypes.

“This is definitely silly entertainment,” Browne says. “I had come across Il Festino a number of years ago. To come across a set of things that are just plain silly, like the madrigal comedies are, was a way to balance what Seicento usually does. It’s very funny.”

For example. Brown mentioned one of Banchieri’s madrigals that has become popular among fans of Renaissance music: Contrapunto bestiale alla mente, or “The Animals sing in counterpoint.” Browne explains: “There is counterpoint for animal sounds. The (text) is ‘bau, bau,’ which is what the dogs say in Italy, and ‘miau, miau,’ and ‘chiu’ and ‘cucu, cucu,’ and the madrigal part is that it has a ‘fa-la-la’ chorus.” 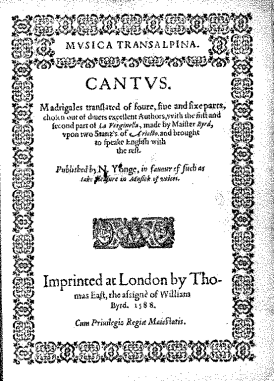 The madrigal started as in-home entertainment in Italy but it was spread to England in 1588. In that year an important book, Musica Transalpina (Music from across the alps), was published in London containing Italian madrigals with their texts translated into English. This started a craze for madrigals in England.

“The first half of the program is a view of madrigals starting out with Thomas Morley’s “Sing we and Chant It,” and the Italian version of that (from) Musica Transalpina, which got everybody intrigued and enamored by what was happening in Italy. We’re also doing some music by Monteverdi and Barbara Strozzi, who has become much more well known recently because she’s a female composer.”

Other works on the first half of the program include Gagliarda XI and a Prelude-Passacaglia pair by Giovanni Girolamo Kapsberger for Chitarone (a bass lute also known as theorbo), which will be performed by Morton; a 15th-century French drinking song; and madrigals by Giles Farnaby, Jacques Arcadelt, and Luca Marenzio.

Browne stresses that the program touches only a tiny part of the madrigal repertoire. “In one account I read, there were 40,000 madrigals published before 1630!” she says.

“This will be entertainment, in a way we don’t know how to do any more—where you’re at home and pull out your madrigal books and sing one of the 40,000 madrigals! So the audience should be prepared for a completely different concert than we have done before.

“It’s going to be lots and lots of fun”