Boulder Chorale seeks the space ‘Between Heaven and Earth,’ March 10-11

Boulder Chorale’s next exploration of diverse musical styles will bring sacred music from the Western tradition together with Hindustani music from north India and Nepal.

This is only the latest program where artistic director Vicky Burrichter has taken the Chorale beyond the canon of western choral music. Past performances have included Dave Brubeck’s jazz setting of the mass, a bluegrass mass, a “Brazilian Carnival” concert and tangos by Astor Piazzolla.

The latest program, “Between Heaven and Earth,” will be presented Saturday and Sunday (March 10 and 11). Burrichter will lead the performance, which will feature the full Boulder Chorale, the Boulder Chorale Chamber Singers, soloists from the Chorale, and the ensemble Jam key Jam.

“I wanted to do a program that occupied the space between our earthly experience and whatever lies beyond,” Burrichter says. “I looked to find composers and musical traditions that fit that category. Bach comes to mind first, but also Indian music is something that has always spoken to me.”

Burrichter started the program with composers across several centuries of the European tradition, from the 16th– and 17th-century Englishman William Byrd, to Bach, up to living composers including Gwyneth Walker, Eric Whitacre and Philip Glass. To expand the program further, she decided to bring in traditional north Indian music. 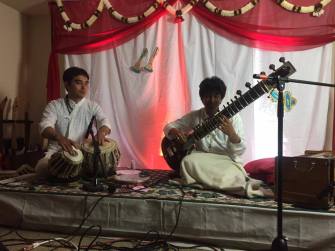 “I wanted to put these two cultures together and find a real collaboration,” Burrichter says. She approached Bijay Shrestha, a sitar player from Nepal and co-founder of a musical group in Boulder called Jam key Jam. Based on the classical ragas of North India and the traditional music of Nepal, Jam key Jam also brings contemporary elements into their performances.

The collaboration will progress over the course of the concert, starting with the simple alternation of choral composition sung by the Chorale with Hindustani classical music played by Jam key Jam. At the end, the two groups will perform together. 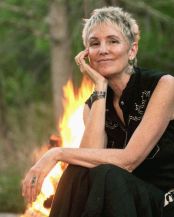 For the Chorale alone, the heart of the program will be three pieces that fall in the middle of the concert, starting with Requiem by folk musician/songwriter Eliza Gilkyson. Written after the 2004 Indian Ocean earthquake and tsunami that ravaged Indonesia, the original piece was described by the composer as “a song of comfort.” It has been arranged for chorus by Craig Hella Johnson.

“No one can hear it and not be moved,” Burrichter says.

Next will be “Prayer” by René Clausen, a setting of a text by Mother Theresa extoling service. And closing this portion of the concert will be Dona nobis pacem (Give us peace) from J.S. Bach’s B-minor mass.

Other pieces that explore the joining of music and spiritual experiences will include “Gitanjali Chants,” Johnson’s setting of a text by Rabindranath Tagore, and “Moon Art,” Adam Waite’s choral arrangement of music by Shrestha and Jam key Jam. Boulder Chorale accompanist Susan Olenwine will play a piano etude by Philip Glass, a practicing Tibetan Buddhist who has also studied Indian drumming.

The concert will end with three pieces that bring the Hindustani musicians and the chorale together. The first will be the theme from Game of Thrones, which Jam key Jam has arranged for their own performances. Waite, the minister of music at Montview Presbyterian Church in Denver, has written vocal parts for the Chorale to sing with Jam key Jam.

Next, they will collaborate for Waite’s arrangement of a traditional Hindustani raga, Raga Hansadhwani. For this performance, the Chorale had to learn tradition Hindustani musical syllables, or solfège—the equivalent of the familiar do-re-mi syllables used in Western music.

Shrestha mapped the way for the collaboration, Burrichter says. “When we were beginning to figure out the (Hindustani) solfège, I said ‘How do you want the vocal tone to sound?’ And he said, ‘I want you to do your Western choral thing, and I want us to do what we do and let’s meet in the middle.’

“That is a true collaboration. And his openness has created a beautiful thing that neither of us has experienced.”

The final work on the program will be definitely multi-cultural. The Boulder Chorale will sing “Tambourines,” a setting by Gwyneth Walker of a Langston Hughes poem, with Jam key Jam arranging their own parts to go with the performance.

“What we’re trying to create with this is a connection for everyone— to the person sitting next to you, to the music itself, to something beyond all of us.”

Edited March 8 at 8:15 p.m. to correct the spellings of Eliza Gilkyson and Bijay Shrestha and other minor typos.

2 thoughts on “Boulder Chorale seeks the space ‘Between Heaven and Earth,’ March 10-11”