The sign at the corner of the stage said “JOY,” a reference to the theme of the Colorado Music Festival’s 2017 40th-anniversary season: “Find Your Joy.”

The joy was onstage in more ways than one last night (June 29). Music director Jean-Marie Zeitouni led the Festival Orchestra in their season-opening performance with an ebullience and infectious enjoyment I have not seen before. And there was joy in the audience as well, when the sold-out Chautauqua Auditorium crowd greeted pianist Olga Kern, a Boulder favorite since her 2013 festival performances.

Zeitouni began the concert with Shostakovich’s “Festive Overture,” a brilliant opener and, having been featured in the CMF”s 10th season, a nod the festival’s history at the same time. Never one to shy away from big effects, Zeitouni unleashed the Festival Orchestra brass in the opening fanfares, then took the following section at a breakneck pace that showed off the whole orchestra. From its rustling pianissimos to the thunderous climax, the “Festive Overture” was all that and more.

The apparently tireless Kern played two powerhouse Russian showpieces back-to-back, only taking enough time to catch her breath and change gowns between the Prokofiev First Concerto and the Rachmaninoff Rhapsody on a Theme of Paganini. (Soloists’ clothing is not the usual subject of this blog, but in this case Kern’s glittering choices were so eye-catching and perfectly a part of the opening-night vibe that they could only be admired.)

The Prokofiev Concerto is a muscular piece from the composer’s youth that gave Kern every opportunity to show off her strength and technique. She negotiated the mercurial changes of mood with precision, from the powerful chords of the opening, to the romping leaps and glittering passagework that came later, all played with relish and abandon. Only the lyrical solo passages seemed overly careful, perhaps suffering in comparison to the brilliance elsewhere in the concerto. 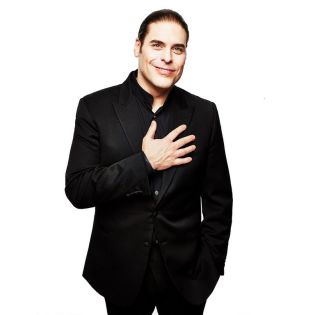 Zeitouni was not inclined to hold the orchestra back, so that at one climax one could see but not hear Kern’s exertions. Nonetheless, the effect was powerful and elicited cheers from the audience.

The Rhapsody on a Theme of Paganini, which Kern had played as part of her 2013 marathon performance of all the Rachmaninoff concertos in two nights, is a much loved piece. And calling for both power and delicacy, it is one that plays directly to Kern’s obvious strengths.

If anyone thought she was still recovering from the Prokofiev, Kern’s first robust octave entrance in the Rhapsody would have dispelled that notion. From there she went from strength to strength, bringing out all the virtuoso display of the kaleidoscopic variations.

I particularly liked the mysterious moods and emotional depths Kern found in the less showy variations. Everybody’s favorite variation, No. 18, was the essence of loveliness. After returning to a more steely interpretation, Kern ended it all with a delicacy and humor that brought first a chuckle, and then “bravas” from the audience.

Those who would like to hear more of Kern’s playing will have the opportunity at 7:30 p.m. Saturday (July 1) at Chautauqua, when she will play a solo recital of Russian and American music. Tickets are available from the Chautauqua box office.

Keeping to the Russian subject matter, Zeitouni and the Festival Orchestra ended the concert with Rachmaninoff’s lushly Romantic Symphony No. 2 in E minor. From the very first movement, Zeitouni’s interpretation emphasized the orchestra’s richness of sound, while bringing out brass section-passages and solos from the clarinet and other winds.

In the second movement, Zeitouni danced about the podium, beaming his pleasure to the players and bringing out all the exuberant energy of a Russian folk festival. In the third movement, he showed off the flexibility and responsiveness of the orchestra, and the finale was all happy hustle and bustle.

That the Festival Orchestra only occasionally showed signs of having assembled just two days before is a testament to the quality of players that come to Boulder and Chautauqua every summer. After some years of administrative uncertainty and change, last night’s outstanding concert was a reassuring sign that musically, the CMF is in good hands and going strong.