Commissioned works, returning guests and works suggested by players are on the schedule

The Boulder Philharmonic will present the Colorado premieres of two new works co-commissioned by the orchestra as part of its 2017–18 season.

Other highlights of the coming season will be the return of popular attraction Cirque de la Symphonie for two performances of “Cirque Goes to the Movies” Feb. 3, 2018, and the orchestra’s second season-ending collaboration with Central City Opera, this time for a concert performance of Leonard Bernstein’s West Side Story April 28, 2018.

The season program, which was announced to patrons and the public yesterday afternoon (March 5), celebrates the orchestra’s 60th anniversary. The celebration includes the return of guest artists who have appeared with the orchestra before, including pianists Jon Nakamatsu for Schumann’s Piano Concerto Sept. 24; David Korevaar for Beethoven’s Choral Fantasy, Oct. 14; and Simone Dinnerstein for concertos by J.S. Bach and Philip Glass Jan. 13, 2018.

Other collaborations will be with violinist and Boulder Phil concertmaster Charles Wetherbee for The Lark Ascending by Ralph Vaughan Williams, violinist Stefan Jackiw for Prokofiev’s Violin Concerto No. 2, and choirs from CU Boulder, Western Illinois University, and Metropolitan State University in Denver.

“What you see [in the 2017–18 season] is a continuation of some of the characteristics of our programing that have worked well for us,” Boulder Philharmonic Music Director Michael Butterman says. “It’s not so much looking back at 60 years as it is looking back at the last eight or nine. There’s the idea of collaborations and of championing successful new music.”

Missing is any season-long programming theme, such as this year’s duo soloists, or recent seasons built around music and nature—although nature is not completely absent next year.

“The music and nature connection is there, in one concert in early April,” Butterman says. The April 8, 2018, concert, titled “A Song for Swans,” includes Sibelius’s Symphony No 5, whose last movement was inspired when the composer saw a flight of 16 swans pass overhead. “One of the great experiences of my life,” Sibelius wrote in his diary. “God, how beautiful!”

Sibelius was one of several composers that members of the orchestra suggested for the season. “We worked with the players early on to get their input, asking what are some pieces that you would like to play,” Butterman says. Among the composers they suggested were Sibelius, who appears on the April 7 concert; Dvořák, whose Seventh Symphony will be performed on the season opener Sept. 24; and Shostakovich, whose Symphony No. 5 will be performed Oct. 14.

The season’s first Colorado premiere will be Dreamtime Ancestors by Christopher Theofanidis, which will open the very first concert. The score was commissioned by a consortium of 50 orchestras, one in each state, that was put together by New Music for America. The world premiere was given by the Plymouth, Mass., Philharmonic Orchestra in October 2015, with other performances around the country following within a roughly two-year period.

“Theofanidis is certainly one of the leading living composers,” Butterman says. “We had  a relationship with him, when we performed his Rainbow Body a few years ago, and trusted the kind of product he was going to provide. So we agreed to take part in that project.” 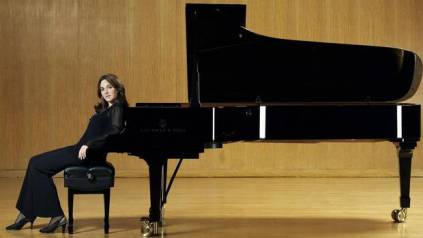 In a concert titled “Bach Transfigured,” scheduled for Jan. 13, 2018, the orchestra will present the Colorado premiere of Philip Glass’s Piano Concerto No. 3, performed by Dinnerstein. Glass admires her playing, and approached her to say he would like to write a concerto for her.

“She approached some orchestras that she had a relationship with, and conductors, and most of us bought into it,” Butterman says. The Boulder Phil raised their share of the commission from local donors and joined a smaller consortium of orchestras, including A Far Cry, a self-conducted orchestra in Boston, who will give the world premiere of the concerto.

Because Dinnerstein is widely known and admired for her performances of Bach, Glass has asked that the concerto be paired in concert with Bach’s Keyboard Concerto in G minor, as it will be in Boulder.

The season will close out with the commemoration of the 100th anniversary of Leonard Bernstein’s birth. In collaboration with Central City Opera (CCO) and choirs from Metropolitan State University in Denver, the orchestra will present Bernstein’s 1957 Broadway hit West Side Story. Butterman and the Phil worked with CCO at the end of the 2015–16 season to present a semi-staged performance of Bach’s St. Matthew Passion and they were eager to repeat the collaboration.

“We had such a positive experience doing that,” Butterman said. “Hopefully it’s something we can do in other years.” For West Side Story, he said that Central City will provide the cast and some kind of direction, so that it will be “essentially in concert, but with a certain amount of theatrical elements.”

With the announcement of the anniversary season, the Boulder Philharmonic becomes the second local orchestra to build a season around an anniversary. Earlier this year the Colorado Music Festival announced its 2017 40th-anniversary season, also featuring the return of popular soloists.

The full Boulder Philharmonic program for the 2017–18 season is listed below. 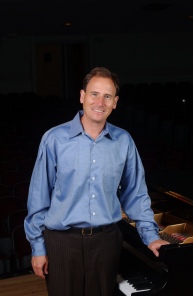 November 24 through November 26, 2017
The Nutcracker with Boulder Ballet CORRECTION 3.6.17: An earlier version of this article incorrectly said that the world premiere of Philip Glass’s Piano Concerto No. 3 would be given the Mitteldeutsche Radiofunk Orchester of Leipzig. The world premiere will be given by A Far Cry in Boston.