Adventures in geography and gender

UPDATE: Boulder Chorale announced Friday, Oct. 22, that “due to a family emergency Dominique Christina will not be able to perform with the Boulder Chorale this weekend.” In her place, the Chorale has announced that Colorado singer Sheryl Renee will appear on the concert Saturday evening and Sunday afternoon.

Renee has sung with the Colorado Symphony under the late Marvin Hamlisch and sung the National Anthem for President Barrack Obama.

Two of Boulder’s choral groups will separately spend the weekend exploring geography and gender. Happily, both programs will be given twice in the Boulder area, so if you are looking for musical adventures, you can experience both journeys. 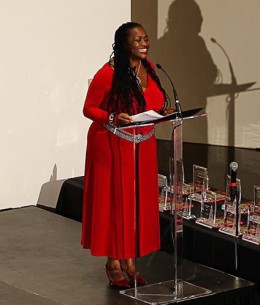 The Seicento Baroque Ensemble and director Evanne Browne will travel back to the music of 16th- and 17th-century Spanish America. They will perform music by Spanish missionaries and converted Christian natives in Central and South America, sung in Spanish and Latin as well as Nahuatl, the indigenous language of the Aztecs.

At almost the same times, in Boulder and Longmont, Boulder Chorale will be delving into music by and about women. Their program, “Women’s Work: Poetry and Music” will feature the chorale and director Vicki Burrichter performing music from Hildegard to Carly Simon, and settings of religious texts extolling the Virgin Mary. Bringing the performance up to 2016, five-time national poetry slam winner Dominique Christina will poetically address modern social issues that affect women.

Seicento’s mission is to present “worthy but rarely-heard music of the early Baroque period.” That time — around 1600 — coincided with the Spanish colonial era in the Americas. The Spanish missions were rich with musical activities, including choirs of Native Americans who brought their own lively traditions to the performances and in some cases wrote music themselves.

Browne says “there’s been a surge of publications and information about this repertoire. I spent the last year listening and researching and seeing what was online, and thought, ‘This would be really fun!’”

Boulder Chorale’s concert of “Women’s Work” opens with music by one of the most revered female musicians of European history, the medieval Benedictine abbess, Christian mystic, composer and polymath Hildegard of Bingen. “For me, Hildegard’s O Splendidissima Gemma (O resplendent jewel) is the foundational piece” on the program, Burrichter says.

For the rest of the concert, she says, “I wanted to show the variety of music composed by women and about women, and try to touch on as much of that as I could.” And variety there is, from the medieval mysticism of Hildegard, to a traditional South African song arranged in the spirit of Miriam Makeba, to American modernist Meredith Monk’s “Panda Chant II.” The program ends with a choral arrangement of Carly Simon’s anthem “Let the River Run,” written for the 1988 film Working Girl.