Hope and celebration mark the end of 50th-anniversary season

The Boulder Chorale will close its 50th-anniversary season this weekend with hope and a celebration.

To be more precise, the Chorale and artistic director Vicki Burrichter will close the season with the first Colorado performance of “To Hope—A Celebration,” a setting of portions of the Catholic Mass by Dave Brubeck as arranged by Adam Waite. Performances will be at 7:30 p.m. Friday, May 13, and 4 p.m. Sunday, May 15, at First United Methodist Church in Boulder (tickets).

Joining the chorale for the Brubeck performance will be vocalist Joslyn “JoFoKe” Ford-Keel and a jazz quintet featuring Waite on piano, bassist Ken Walker, and other local jazz musicians. The remainder of the program, forming the first half of the concert, will be music of the African Diaspora sung by the full Chorale and the 24-voice Chamber Chorale.

Saying they are performing Brubeck’s Mass is actually a tricky statement for anyone to make. Brubeck wrote the piece for orchestra and chorus, but he performed and recorded it with his own quartet performing alongside the orchestra. As Burrichter explains, “When I got the score, it did not have the jazz combo that the recording does. I said, ‘Where are the combo parts?’ and (the publisher) said, ‘Well, they’re not available.’” 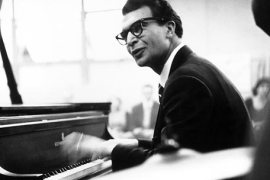 With or without the combo, the orchestral version posed several problems: “It’s a really odd orchestra with unusual instrumentation, and it’s difficult to find a space in Boulder where we could do that,” Burrichter says. “And I really liked the whole jazz combo feel. To me, that was the whole point of the piece.”

She found a version on YouTube with jazz quintet—piano, bass, drums, trumpet and trombone. She tracked down the arranger of that version, who was Adam Waite. She contacted him by email and he replied that he had just taken a job as director of music at Montview Presbyterian in Denver and would be moving to Colorado in two months. 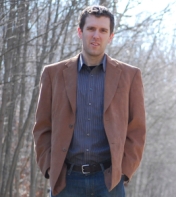 “I said ‘You’ve got to be kidding me!’” Burrichter recalls. “Talk about fate or something!

“That’s how we found it, and Adam will play and work with the band. I’m very excited because it’s the first time it’s been done in Colorado in this setting.”

Another complication in performing the piece is how much of what Brubeck wrote to perform. According to Burrichter, not all of the movements are suitable for a jazz combo arrangement. Besides, she says, “Brubeck says very clearly that he wants people to change it if it’s for a concert setting as opposed to a church setting, and he gives his thoughts on how to do that.

“We left out four or five of (Brubeck’s original) movements. How Waite described it to me is, we’re leaving out the parts that are aimed more at a church service instead of a concert setting. Because we’re not offering mass, we’re leaving out some.”

As Burrichter describes the movements included on the program, “We’re doing a processional, which is a great opening. Then the cantor and choir sing ‘Lord Have Mercy’—the Kyrie (of the Catholic Mass)—then the soloist does ‘In the Desert and the Parched Land,’ which leads into ‘The Peace of Jerusalem.’ That sounds very middle eastern (with) a great drum background.”

Among the familiar movements of the mass that are omitted is the Gloria. “Instead we’re doing an Alleluia that’s in 5/4 time, so it’s wonderfully disjointed,” Burrichter says. “Then ‘Through Him, With Him,’ leading to a great Amen, the Doxology, ‘The Lamb of God’ (Agnus Dei) and then the last movement, ‘All my Hope,’ which is a gospel piece. It builds to a big climax with lots of improvisation and the choir functioning as a big band in the background. It’s a really exciting way to end it.”

Before intermission, Burrichter and the chorale will perform music from the African Diaspora in America, starting with the spirituals “My Lord, What a Mornin’” and “Elijah Rock” as arranged by Moses Hogan. A smaller group out of the full chorale, the Chamber Chorale, will perform music by Mary Lou Williams.

A prolific jazz composer and pianist who wrote for Ellington, Williams later taught some of the jazz players of the next generation, including Charlie Parker, Dizzy Gillespie and Miles Davis. The Chamber Chorale will sing two pieces from “Mary Lou’s Mass,” which in 1964 became the first jazz mass performed in the Catholic Church.

Rounding out this segment of the concert will be “Orange Colored Sky,” a jazz standard that was first popularized by Nat King Cole, and “Total Praise.” “I just wanted to touch a little bit on the African-American traditions, starting with the earliest forms,” Burrichter says.

“To me, (the music on the program) is all basically the same—it’s music of the African Diaspora. Sure, Dave Brubeck was a Caucasian guy, but he was immersed in America’s classical music, which is jazz.

“This concert is an opportunity to hear something that’s never been done here. It’s fun and moving, and it’s a great chance to have a really exciting night and hear some of the best jazz players in the state.”

Edited 5/7/16 to correct the title of “Total Praise” and clean up syntax in two quotes.