One last assessment of the Metropolitan Opera’s labor agreements

Who won and who lost at the Met? It depends.

On Wednesday (Aug. 20), the New York Times reported on the agreement that was reached with the third of the Metropolitan Opera’s three major unions, Local 1 of the International Alliance of Theatrical Stage Employees, representing stagehands, carpenters and electricians.

The other two major unions, representing the orchestra and the chorus members, had reached agreement with the Met early on Monday. (See my post on that agreement here.) And an agreement with the remaining unions at the Met was reached on Thursday night, as reported again by the New York Times. These include unions representing scenic artists and designers, the costume department, and others.

These agreements end the conflict between management that has raged for several months and resulted in Peter Gelb, the Met’s general manager, withdrawing the threat of a lockout. He has confirmed that the Met will open its fall season as scheduled on Sept. 22, with a performance of The Marriage of Figaro conducted by James Levine.

The deal with the musicians’ unions called for an immediate 3.5 percent pay cut, followed by another 3.5 percent six months later, and no raise until the fourth year of the contract. The agreement with the stagehands has been reported to provide comparable cuts in labor costs, although the deal had to be written differently because of the different work rules and benefits packages in the contract with that union’s workers, and because their agreement is for six years instead of four.

But if it sounds like the concessions from the unions—the first pay cut accepted by the Met’s union workers in many years—represent a win by the management, that would be a hasty conclusion, for three reasons. In the first place, Peter Gelb had demanded a 17 percent pay cut from labor, and said that the Metropolitan would have to close otherwise. So the much smaller size of the pay cut than what Gelb was demanding makes his “win” look much less significant.

In the second place, the unions won some battles as well, in that the settlement calls for management to make its own, comparable cuts in the budget. The unions had argued that extravagant production expenses were part of the problem, and while there simply were not enough savings to be made in production costs to solve the Met’s budget woes, the fact that the final agreement took the form it did implies that the federal mediator for the negotiations with the musicians found merit in the union’s complaints. (The stagehands had separate negotiations that did not involve a mediator.) 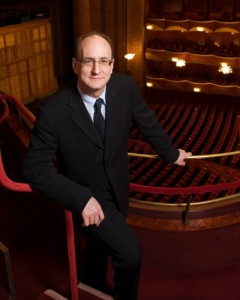 monitor to keep an eye on the Met’s budget and expenses. This must be a particularly galling concession for Gelb, whose rather freewheeling, pop culture approach to opera was supposed to bring in larger, younger audiences and save the Met.

Apparently he has not accomplished either of those goals.

The question remains what effect this will have on regional opera throughout the country and here in Colorado. Will this settlement make it possible for other companies to ask for pay cuts from their employees, and to reign in costs in other ways? Will it put pressure on other companies to trim their production costs, or to make their finances more transparent, as the Met was forced to do in the course of negotiations?

For now, leaders of opera companies in this area have declined to comment on the Met’s settlement, although they do say they are keeping an eye on the situation.

For other perspectives of the Metropolitan Opera and it’s labor settlement, read these articles:

Jennifer Maloney’s highly complementary evaluation of Peter Gelb’s leadership of the Met can be read here.

Her previous, more balanced, assessment of the deal is here.

The cheeky opera-fanatic blog “Parterre Box” has posted a copy of the agreement between the Met and the American Guild of Musical Artists, representing the Met Chorus, here.

The gossipy blogger Norman Lebrecht’s take on the settlement, which he sees as a “surrender” and a “humiliation for Peter Gelb,” can be found here.