It’s a Deal at the Metropolitan Opera

Tentative agreement with two unions forestalls lockout at the Met 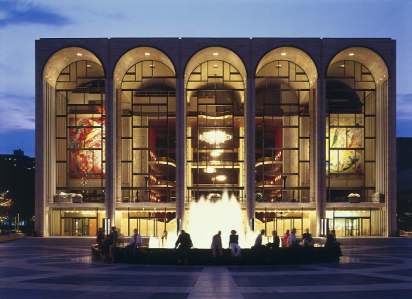 The New York Times reports this morning, Monday, Aug. 18, that “the Metropolitan opera reached tentative agreements with the unions representing its orchestra and chorus.”

This agreement, which was announced about 6:15 a.m. today, forestalls the possibility of a lockout and means that the Met could still open on its scheduled date of Sept. 22. Opening night is to be a new production of Mozart’s Marriage of Figaro and a Met debut by the young American soprano Amanda Majeski, who is cast in the major role of the Countess.

Negotiations went all night Sunday night and extended several hours past the previously announced deadline of midnight. The deal was announced by Allison Beck, a federal mediator who was brought in just before the previous deadline for an agreement.

The agreement does not include the stagehands’ union, which is the third major union at the Met, nor any of the smaller unions that have contracts due for negotiation this year. However, the agreement with unions representing the orchestra and chorus likely paves the way for the other unions to reach an agreement.

Because details of the agreement have not yet been released, it is impossible to declare “winners” or “losers,” or to know how much each side gave in order to save the season. The one thing that is certain, though, is that not only opera lovers, but the American arts world wins from the resolution of a long and bitter battle between unions and Peter Gelb, the general manager of the Met.

In the runup to negotiations, Gelb, who was asking for 17-percent pay cuts from workers at the Met, traded accusations with the unions. Attention was placed on the highly expensive and critically unsuccessful productions Gelb has mounted since becoming general manager in 2006. But as extravagant as some productions have been—a $169,000 poppy field in Prince Igor has become particularly notorious—independent analyses of the Met’s budget suggested that production cuts alone could not solve the Met’s financial problems, and that the unions would have to give some ground as well.

While the Metropolitan Opera seems like it is a long way from Colorado, this resolution is important here and around the country. For one thing, the Met “Live in HD” broadcasts to movie theaters are popular all across the country. So there is a local audience for the Met in Boulder, Denver, and anywhere else movie theaters carry the broadcasts. It has been reported that the theaters were very reluctant to lose the income they receive from the broadcasts.

Beyond that, the Met is the most prominent advocate for opera in the country, and the loss of such a high-profile company, performing on the highest artistic level, would be a blow to the art form, to singers and opera lovers and musicians everywhere. The successes and failures of the Met influence the success and failure of opera companies everywhere, including Central City and Opera Colorado.

Until details are released and all the unions reach agreements with management we cannot consider the labor disputes totally resolved. But today there is room to breathe and reason for hope.

Update: 2:40 p.m. 18 Aug. This story from the Wall St. Journal adds some details about the agreement. If these are accurate, they certainly sound reasonable, with cuts in both salaries and production costs. Not all the details are yet clear on how the cuts are to be accomplished, but presumably that will be worked out in the coming weeks.

One thing to keep in mind is that one reason labor costs that have been so high has to do with rules about overtime pay. Because the Met has mounted so many large productions of operas that are long, or have complex scenery changes, or both, it is difficult to separate production costs and labor costs. In other words, an overly complex production will cost a lot to mount, and part of that cost comes from extended hours from the stagehands and other production staff.

Tuesday, 19 August: Today’s story from the New York Times adds more details. You should read the whole article, but here are the most critical parts:

The workers agreed to a 3.5 percent cut in wages upon ratification, and another 3.5 percent reduction six months later — either in the form of another wage cut or, if they agree in further negotiations, as a change in benefits. Part of those cuts would be restored with a 3 percent raise in the second half of the fourth year.

[T]he Met’s management agreed not only to match the value of the labor cuts on the administrative side, but also to cut $11.25 million worth of other expenses — which may include cutting costs, scheduling more carefully, or reducing rehearsals — in each of the four years of the contract. And in an unusual provision eagerly sought by the unions, the Met’s management agreed to have an independent analyst monitor its finances.

It appears everyone realized that a prolonged lockout or work stoppage would be disastrous for the Met, for opera in general, and also for them individually. Happily for everyone, rehearsals for the coming season can now continue uninterrupted.

2 thoughts on “It’s a Deal at the Metropolitan Opera”