Some people who are stuck at home during the coronavirus pandemic will binge-watch old TV shows. David Korevaar plays Beethoven.

And he’s sharing it with anyone who wants to listen.

Korevaar, the Helen and Peter Weill Faculty Fellow and a distinguished professor of piano at the CU Boulder College of Music, is planning to play all of Beethoven’s 32 piano sonatas over 60 days. Each will be posted in turn on his YouTube channel.

A great musical legacy from the classical period, the 32 Beethoven sonatas have become one of the most important challenges pianists—and their audiences—can undertake. They cover just about his entire creative career, from the first sonatas, published in 1795, to the very last sonata, published five years before his death in 1827. As such, they document his stylistic development better than any other single genre. 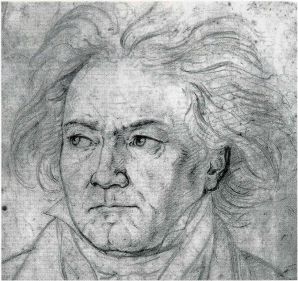 Playing all the Beethoven sonatas is something that Korevaar had long wanted to do. In a way, the social distancing and self-isolation imposed by the pandemic provided the ideal opportunity. “Artists are finding ways to continue to be artists and for me this seemed like something that I could do at this moment, and share with people,” he says.

“I had been thinking about doing the Beethoven cycle, but I haven’t gotten to the point of really doing it. Here we are, we’re all stuck at home, and so I find myself in this situation of ‘Here is an opportunity to do this project and share it with whoever is interested.’ It’s a gift to myself and a gift to everybody else at the same time.”

One reason for doing all the sonatas one after another is that you can learn from playing or hearing a larger array of Beethoven’s works than from just the greatest hits that are played most often. This provides insight into his revolutionary place in music, Korevaar believes. “With his classic status, we accept Beethoven as normal,” he says. “We’ve normalized him.

Another point that Korevaar stresses is that Beethoven belonged to the first generation of composers for whom the piano specifically was their natural means of musical expression. Earlier composers—Mozart and Haydn and composers before them—knew a variety of keyboard instruments, harpsichords and clavichords and organs and early pianos.

“Beethoven is the first composer we talk about a lot in music history who was native to the piano,” Korevaar says. And while there are others of the same generation—the Czech composer Jan Ladislav Dussek and the Italian Muzio Clementi for example—they are largely forgotten today. “Dussek and Clementi are perpetually underrated,” Korevaar says. “They have their strengths and charms, but the truth is Beethoven is a much better composer.”

Knowing that context helps the listener understand why Beethoven’s earliest sonatas are so difficult from the very beginning. “There’s a sense of Beethoven saying ‘Look, I can do things on the piano with my two hands that even the best of the other pianists really can’t quite come up to that level’,” Korevaar says.

Korevaar admits that the sound may not be ideal on his made-from-home recordings. “Resources are limited, and the bandwidth is limited—just the quality of video that one can post off a home internet connection,” he says. “I’m recording QuickTime videos using my laptop camera and external mic. That’s all I’m doing.

“I’ve giving myself multiple shots at these things. With the few that I posted so far, I recorded them twice and then chose the one I like better. If it’s not good I’m not going to put it up. Hopefully people agree that they’re OK.”

In the end, it’s not so important to Korevaar whether a large number of people listen to his performances. “If there are people who are interested, it’s great,” he says. “And if there aren’t, I will still have done it and learned something from the process.” 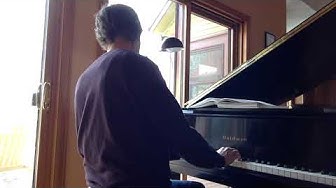