‘A space of awe and wonder’

J.S. Bach’s monumental Mass in B Minor is one of the great works in the European musical tradition. 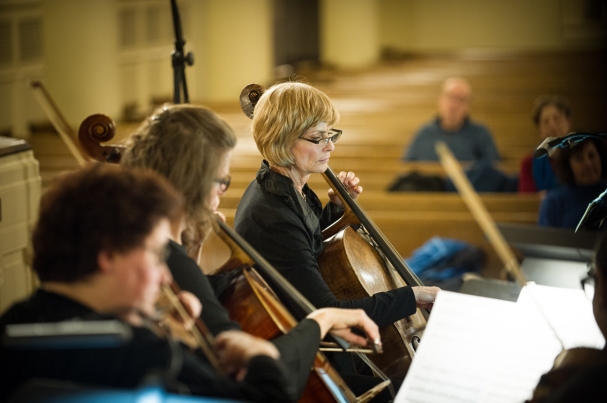 Cynthia Katsarelis, conductor of the Pro Musical Colorado Chamber Orchestra describes it as “a cathedral in both sound and spirit.” She will conduct the Mass in B Minor Friday and Saturday (Oct. 25 and 26) in Denver and Boulder. In addition to Pro Musica, the performances will feature St. Martin’s Chamber Choir, directed by Tim Kreuger, and four soloists: soprano Jennifer Bird, tenor Derek Chester, mezzo-soprano Julie Simson, and baritone Jeffery Seppala.

“It’s certainly a bucket-list piece, for both me and Tim Kreuger,” Katsarelis says. “We’ve talked about this for years, and it was time. There’s something about Bach and particularly the choral masterpieces and the B-minor Mass in particular that is so universal and so touches the spirit and the soul, and connects us to our humanity.”

Katsarelis relates that perception of the Mass to an underlying theme for the current season of three concerts: Social conscience and the human condition. The second concert (Feb. 1 and 2) is titled “Diverse Voices” and will feature music by African-American composers William Grant Still and Gabriela Frank. In March they will present “Composing Climate,” featuring Gwyneth Walker’s Earth and Sky, which has texts from Native American leaders Chief Joseph and Chief Seattle, alongside words by Henry David Thoreau.