Music Director Peter Oundjian led the Festival Orchestra in a wonderful performance of a wonderful symphony, Mahler’s Symphony No. 3 for large orchestra, alto soloist, women’s chorus and children’s chorus. At the end of this very long work—about 100 minutes of music—the sold-out Chautauqua Auditorium was cheering, and no doubt already looking forward to Oundjian’s next season with the festival.

Many factors made this a splendid performance, but two in particular should be mentioned. The first was Oundjian’s management of the sprawling work. His control of sound and dynamics across long stretches of music gave impact to every climax of orchestral sound—and there are many. The performance was more than a series of splendid moments—though it could also be heard that way. More than that, it was a whole, each phrase driving to a destination and the whole driving to the end.

In particular, Oundjian and the players maintained near perfect balance among the parts across long crescendos, so that the orchestra swelled and subsided, bloomed and retracted as one. This is a specially great achievement since so many phrases started from near silence, with remarkably controlled pianissimo phrases that grew over long, long spans of time.

Particularly in the final movement, a long slow movement, he kept careful control as the sound grew to a high point, then fell back to near silence, ascended to an even higher point and fell back again, all with the goal of making the final cadence, with timpani pounding and brass sustaining almost to the point of collapse, the true destination and end point of the entire symphony.

Oundjian exercised a similar control of dynamics and tempo in the other movements, with their many moods from a dawn-like awakening, to a jubilant march, to a pastoral delicacy, The fourth movement’s portent of doom and the fifth movement’s simple joys were equally well achieved.

The second factor is the quality of the individual players in the orchestra, not only to play individual solos beautifully, but to give and take with others in chamber music fashion, and then to play in a section with unanimity of pitch and phrasing and dynamics. There were many wonderful solos, by trombone, by horn, by clarinet and piccolo and on through the wind sections, and including the concertmaster, Calin Lupanu. 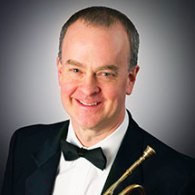 One solo needs special notice, the long offstage posthorn solo that lends a note of nostalgia and melancholy to the third movement. Principal trumpet Jeffrey Work floated the high notes beautifully, while shaping the individual phrases with exquisite control.

I should also mention the wonderful CMF percussion section, who were in my direct line of sight. Parts of the symphony were a masterclass in soft percussion playing. Everyone noticed the loud climaxes, but who knew that a bass drum could be heard at such a soft level, and make such a delicate musical effect? 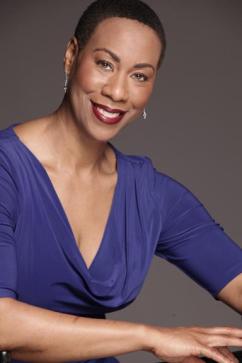 The outstanding vocal soloist for the fourth and fifth movements, Janice Chandler-Eteme, is generally billed as a lyric soprano, even though Maher asks for an alto. Clearly the lower range is no obstacle. She found the right sound and expressive palette for both movements, bringing an ominously dark tone to the fourth movement, appropriate for a text that begins “O Man! Take Heed!” And then her sound was enjoyably bright and more forward for the cheerful fifth movement.

The women of the St. Martin’s Festival Singers were solid in their small part, and the Boulder Children’s Chorale rang out bravely with their “Bimm Bamm” imitations of church bells.

But it is the final movement that is the key to the symphony. Under the title “What Love Tells Me,” it is one of Mahler’s longest and most beloved slow movements. Oundjian and the CMF orchestra achieved what everyone aims for, a long arc of sheer beauty leading to an overwhelming finish.

After that, what can we expect next year? You will have to wait for the announcement of the CMF 2020 season after the first of the year to answer that question. In the meantime, there are many fine musical groups in Boulder who would welcome your support.