Hilarious comedy and heart-rending tragedy make “quite a buffet”

Boulder Opera, a bare-bones company now in its seventh season of offering educational programs and entertaining, stripped down performances, will present two distinctly dissimilar works for their spring production. 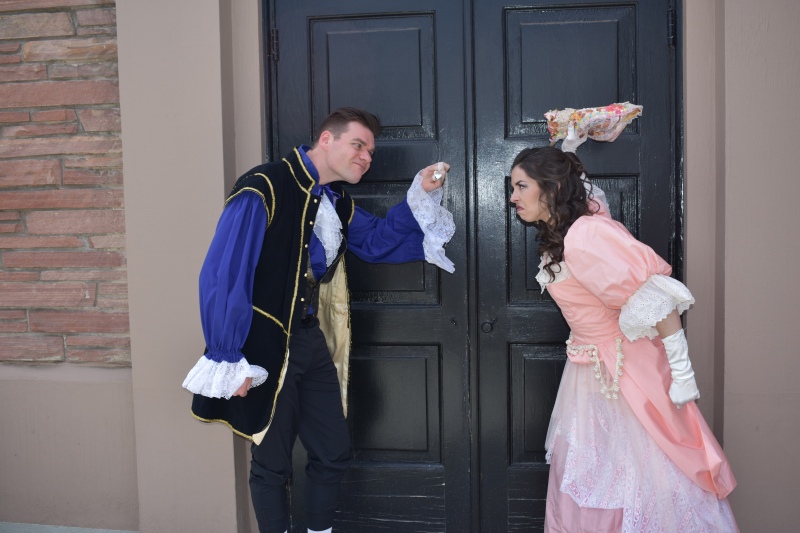 The two works are Signor Deluso, a rollicking comedy by American composer Thomas Pasatieri, and Cavalleria Rusticana, a melodramatic tale of betrayal and murder by Pietro Mascagni. Lorraine Fitzmaurice will conduct the performances which are directed by Gene Roberts from Metropolitan State University in Denver. The cast of local singers will give five performances in slightly more than a week, May 3–12 (details below).

The two operas together add up to about 90 minutes of music, plus an intermission. Performances will be in Boulder’s intimate Nomad Playhouse.

Pianist Jordan Ortman, who is staff accompanist at Metro State and assistant organist at Boulder’s First United Methodist Church, will accompany both operas. For Cavalleria he will be joined by a string quartet playing a reduced version of the orchestral score.

Boulder Opera artistic director Dianela Acosta picked the two works. “Cavalleria had been in my mind for at least three years that I wanted to do it,” she says. To go with Cavalleria, a dark tragedy, “I wanted to do something that was very contrasting in mood,” she says. 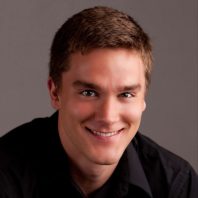 Signor Deluso is filled with imagined betrayals that are “kind of like a comedy of errors,” Acosta says. “I wanted to tie it in with the theme of betrayal, and be very contrasting. It goes with the other betrayal that is a real betrayal and serious drama.”

Pasatieri is probably one of the most prolific composers and successful composers most people have never heard of. He has written 24 operas, of which Signor Deluso, with more than 10,000 performances to date, is the most successful. It was written when the composer was just 28. 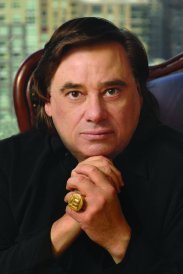 The plot of Signor Deluso is too convoluted to easily summarize, but the opera is 30 minutes cram packed with the kind of mistaken assumptions and ridiculous confusions that have been the staple of comic opera from the very beginning. In the words of music critic Anne Midgette, it’s “an exuberant sendup of over-the-top comic opera plots, filled with effusive lovers leaping with alacrity to wrong conclusions in floods of extreme vocalism.”

“This story is one misunderstanding on top of another,” Roberts explains, “until of course the maid, which is a parody of (conventional comic) opera, comes in and straightens everything out. And everyone of course lives happily ever after. This piece, which I have come to love, works so well and it’s so much fun to work on. It’s just wonderful.”

“The cast is fabulous top to bottom. They’ve enjoyed finding the funny little moments in the music and making then work physically,” Roberts says. “It makes me, even knowing what’s coming, burst out in laughter every time.”

It would be harder to go farther in the opposite direction from the imaginary betrayals without consequences that form the plot of Deluso than the high drama of Cavalleria, where the betrayals are real and the consequences severe. “This one is big feelings from the start to the end,” Roberts says. “All the emotions in this music are big, big, big.”

Cavalleria Rusticana was written for a competition in 1890, when Mascagni was 26. The first performance was greeted with ecstatic applause, as Mascagni was called back for 40 curtain calls and the opera won the first prize.

The plot concerns a series of betrayals leading to revenge and death. The events take place on Easter morning in a Sicilian village, where Santuzza learns that she has been betrayed by Turridu, who was previously betrayed by his former fiancée Lola, who now also betrays her husband, Alfio.

In addition to dramatic arias and duets, the score includes a number of pieces that have become audience favorites, including a Sicilian dance song, or siciliana; an offstage Regina Coeli, sung by the chorus; a rousing drinking song; and an orchestral intermezzo that has become famous in its own right.

Roberts compares the combination of a short, effervescent comedy and Cavalleria with the convention of pairing cartoons with serious films. “I grew up in the ‘60s and ‘70s,” he says. “We’d go to the cinema and see a drama and there was a cartoon before the main feature.

“This (double bill) is quite a buffet. Cavalleria seems like the main course and maybe we have dessert first in this case, like the cartoon before the movie. Signor Deluso gets people into a mood where they’re enjoying what’s coming to them, and then an intermission and this gorgeous, gorgeous music.

“It will be a lovely, lovely evening spent in the theater.”