The coming season of CU Presents at Macky Auditorium will feature the return of the Kronos Quartet, not heard in Boulder since 2014; the first appearance here by A Far Cry string orchestra; and the combination return/first local performance of Jake Heggie’s and Gene Scheer’s opera It’s a Wonderful Life, workshopped at CU in June 2018 and now scheduled for a full production by CU’s Eklund Opera Program.

These and other music, dance and theater events have been announced as part of the 2019-20 season of CU Presents. The full schedule for the season is listed here; see a schedule of the music events below .

In addition to CU’s own Takacs Quartet in their annual series on campus, the Grammy winners on the schedule are Kronos Quartet and the Chick Corea trio. A Far Cry was nominated for Grammys in 2014 and 2018.

Founded in Boston in 2007, A Far Cry is an adventurous string orchestra. They are a democratic, self-conducted ensemble in which decisions are made collectively and leadership rotates among the players—or “Criers,” as they like to call themselves. They were recently part of a commissioning project with pianist Simone Dinnerstein for Philp Glass’s Third Piano Concerto, which Dinnerstein played with the Boulder Philharmonic as part of the orchestra’s 2017–18 season.

A Far Cry will perform a new program for the tour that will bring them to Boulder on Feb. 8, 2020. Under the title “Memory,” the program will comprise works by Mozart, Tchaikovsky, Elgar and Arvo Pärt. 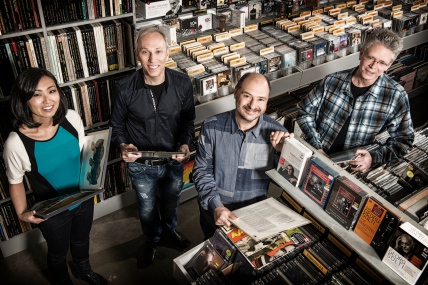 Over 46 years, Kronos Quartet has been known for the innovative programming and presentation of music for string quartet, and especially new works. More than 900 works have been written for Kronos, by composers from all over the world. Their extensive discography, including more than 40 studio albums, has its own Wikipedia entry that also lists compilation albums, video albums, film soundtracks, and Kronos’ contributions with other artists ranging from Linda Ronstadt to Nine Inch Nails.

Kronos has been nominated for a Grammy 11 times, and won twice. In recognition of the 2014 centennial of World War I, in 2014 they presented the film Beyond Zero in Macky. A reconstruction by Bill Morrison of film from World War I, Beyond Zero featured a score by Aleksandra Vrebalov played live by Kronos. For their performance at Macky in March 19, 2020, they will present a new program, “Music for Change: The 60s,” including a celebration of Pete Seeger’s music and a work inspired by Martin Luther King, Jr. 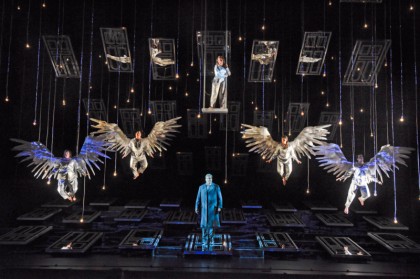 Heggie and Scheer’s It’s a Wonderful Life was commissioned by the Houston Grand Opera, with the San Francisco Opera and the Jacobs School of Music at Indiana University. The opera is based on the 1946 film of the same name, directed by Frank Capra and starring James Stewart, Donna Reed, Lionel Barrymore and Henry Travers.

The original production premiered in Houston Dec. 2, 2016, with subsequent performances in San Francisco and Bloomington, Ind. Prior to the premiere, the opera received workshop performances in Boulder in June 2016, through the Eklund Opera’s New Opera Workshop (CU NOW).

The Eklund Opera will present an all-new production of the opera Nov. 15–17, 2019, in Macky Auditorium.

Music events from CU Presents’ 2019–20 season are listed below: 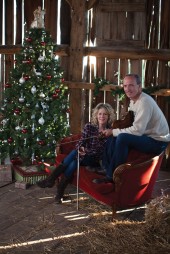 Béatrice et Bénédict
Music and libretto by Hector Berlioz, based on Shakespeare’s Much Ado About Nothing
April 23-26 at the Music Theatre

Season tickets for these and other events presented by CU Presents are now on sale and my be purchased here. The complete listing of the CU Presents 2019–20 season, including dance performances and productions of the CU Department of Theater and Dance, may be found here. 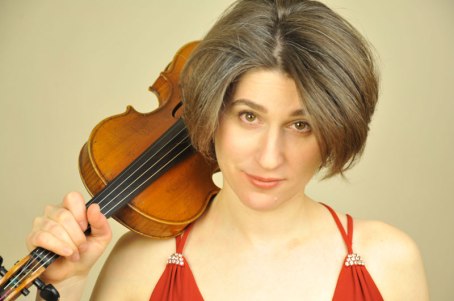 “Musical Journeys” is the thread running through the 2018–19 season of the Longmont Symphony Orchestra (LSO), and it takes different forms in each of three works on their next concert, to be performed Saturday(April 6).

Most obvious is Smetana’s tone poem The Moldau, which describes the river Moldau flowing from the mountains, though the villages of Bohemia and on to the sea.

Also on the program is Tchaikovsky’s Violin Concerto in a performance that recalls career journeys of the soloist, Sharon Roffman, and the LSO’s conductor, Elliot Moore, who have known each other since they were 15. The Tchaikovsky is one of the first concertos Roffman learned, and she has recently returned to it after 10-plus years. Her journey over that time, playing chamber music, solo engagements, and in orchestras, has deepened her understanding of the concerto.

The final piece on the program is Bartók’s Concerto for Orchestra, which the Hungarian composer wrote at the end of a journey that brought him to the United States during World War II. More significantly, Moore programmed the Concerto for Orchestra in order to highlight the LSO’s journey during his two years as music director.

Conductor Elliot Moore and the LSO