Samuel Barber’s Knoxville, Summer of 1915 and Maher’s Symphony No 4

Soprano Mary Wilson is looking forward to her appearance with the Boulder Philharmonic Saturday (7:30 pm. Feb. 9 in Macky Auditorium). “It’s a real dream program for soprano,” she says. 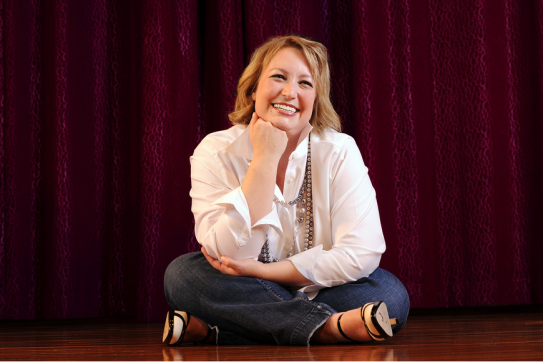 Under the title “The Heavenly Life,” the program includes two pieces with soprano solo that reflect the voice of a child, but with deeper currents: Samuel Barber’s nostalgic Knoxville, Summer of 1915 and Mahler’s Symphony No. 4. The program also features portions of Mark O’Connor’s Strings and Threads with the Phil’s concertmaster Charles Wetherbee as soloist.

“It is a good concert for those of us who just take in the beautiful sonorities,” says Boulder Philharmonic music director Michael Butterman. “I’m looking forward to it.”

Mahler’s Fourth Symphony is the most familiar of the three works on the program. It is the shortest of Mahler’s ten symphonies, and has the smallest orchestra. Lacking the emotional stress and angst of some of Mahler’s larger symphonies, the Fourth is “audience-friendly,” Butterman says. “It’s a lighter, more transparent work and one you can hear without pre-concert study. It’s rejuvenating to listen to.”

The Fourth marks the end of Mahler’s first group of symphonies that share the common feature of being related to the composer’s songs written on texts from a single collection of poetry, Des Knaben Wunderhorn (The boy’s magic horn). The finale is a setting of one of the Wunderhorn texts, a song that Mahler called “Das himmlische Leben” (The heavenly life), from which the concert takes its title.

Originally conceived as a possible finale to his previous symphony, the movement was written before the rest of the Fourth. As he worked his way toward the already completed finale, Mahler anticipated its themes and mood of gentle lyricism in the earlier movements.

The entire symphony has a cheerful cast, from the very opening with flutes and sleigh bells through to the end. Even the second movement’s macabre fiddle solo that represents “Freund Hein,” a medieval German symbol of death, is mostly lighthearted in nature.

The finale, with its lovely melodies and its text describing a child’s view of a heavenly feast in which “the angels bake the bread” is the shortest. “It is not an apotheosis,” Butterman says. “It’s a benediction.”

There are darker moments. The text describes how “we lead an innocent, dear little lamb to its death” for the meal, and “St. Luke slaughters an ox.” But in this childlike heaven, even the animals seem happy to become meals.

“What this piece has so beautifully [is] a sense of wonder, but there’s a definite pensiveness to it,” Wilson says. “In that respect it’s very honest. Not everything is wonderful, and I think the way that Mahler gives it balance is really beautiful.”

Knoxville, Summer of 1915 is a setting for soprano and small orchestra of a prose piece by James Agee, published as a preamble to his Pulitzer Prize-winning book A Death in the Family. As such, it is both a nostalgic remembrance of an idyllic moment in Agee’s childhood and a poignant prelude to a family tragedy.

The text describes a lingering summer evening on the porch and in the backyard of Agee’s family home, where the child is surrounded by a loving family. It is presented from the perspective of both a five-year-old child and an adult looking back on his lost innocence.

In her performance, Wilson aims to capture both the child and the adult. “My goal is to get the background in the way I can shape a word, to give the idea that it’s not one dimension,” she says. “I don’t want to be histrionic and melodramatic. Agee does such a good job of spinning the poetry that my job is just to add color and zero in on the important words at the important times.”

She finds that living in Tennessee the past 11 years has given her an extra appreciation for Agee’s description of summer nights. “I live in Tennessee now and I hear the cicadas, which I didn’t have growing up in Minnesota,” she says.

“That first-person relationship to sitting on your front porch on a summer evening, I really do feel that. I find it so comforting and so homey anymore, the sound of the cicadas on a hot summer night.” 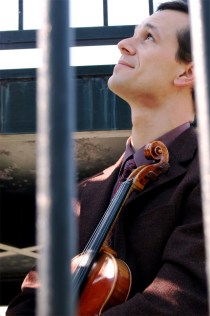 O’Connor’s Strings and Threads is a set of 13 short movements written to trace a thread of American folk music, and reflecting the history of his own family, moving from Ireland to Appalachia and westward across the continent. “The work is for string orchestra and violin solo, you might call it fiddle solo, because the pieces are written in this kind of folk idiom,” Butterman says.

Wetherbee will only play a selection of O’Connor’s complete work. “We’ve chosen a few movements that are appealing and ordered them in a way that contrasts slow and fast,” Butterman explains. “We’re treating them more as stylistic references to other parts of the program, the Appalachian locale of Knoxville, and also the reference to fiddling in the second movement of the Mahler, rather than a travelogue as a chronological presentation.”

The combination of O’Connor, Barber and Mahler is an unusual variation on the usual orchestral program of overture, concerto and symphony, but Wilson has no doubts. “It’s brilliant programming!” she says.