CU professor’s book is for musicians, administrators, patrons and board members 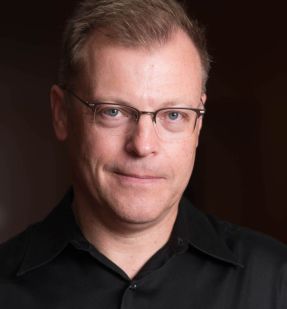 Jeffrey Nytch is a composer, an associate professor at the CU College of Music, director of the CU Entrepreneurship Center for Music, author of a text book—and sometimes a translator.

What he translates is the language of business. He translates it into language that anyone can easily grasp, and he does it through teaching as well as through his recently published book, The Entrepreneurial Muse: Inspiring Your Career in Classical Music.

“I feel like I’m a translator taking concepts that are well established in business but foreign to people in the arts,” he says. “It’s being able to say, let’s take ‘opportunity recognition.’ Let me explain to you what that means—translate it such that it demystifies it and helps the artist see that it is relevant to what they do.”

Written as a text book for classes such as “Building Your Music Career,” one of the courses he teaches through the College of Music, The Entrepreneurial Muse also aims at a larger audience. “It’s something that we talked a lot about in the conceptual stage of the book,” he says. “Oxford University Press is an academic press. They know how to market to educational institutions, so it’s been a little bit tricky in that regard.”

Nevertheless, he says, “I do think of a broader readership. I tried to write it in a conversational way, [with] the personal stories that are woven into it. Yes it’s a text book, but I wanted it to be a good read too.” 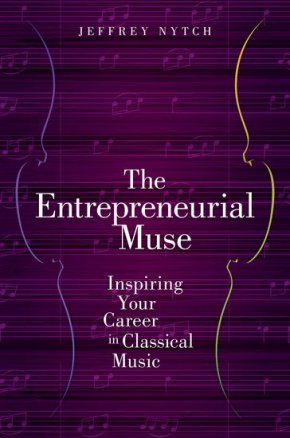 Making it “a good read” starts at the very beginning, with a personal experience we can all understand, what Nytch calls “The Popcorn Epiphany” (Prologue, p. xv; but you’ll have to read it for yourself). Those kinds of informal, accessible anecdotes can be found throughout the book.

Of course, it necessarily reads like a textbook in some chapters. Nytch is careful to lay the groundwork, explain the concepts, define the terms—in other words, translate the business language for his audience of musicians and music administrators.

One thing that makes the book understandable is that lot of what Nytch describes—concepts like latent and inchoate demand, and long-tail markets—are things that musicians and audiences will intuitively recognize, even if they don’t know the vocabulary. And as you move into the book, it becomes more and more fascinating to anyone who is active in the world of music, as a performer, professional administrator, supporter or consumer. Insights abound.

Music entrepreneurship has emerged as an important field over the past 20–30 years. CU created the first entrepreneurship program in the arts in 1999, and Nytch came to CU as head of the program in 2009. “Now, [the field] has really started to take off,” he says.

“In the last 20 years the numbers of [music students] have continued to grow and there are no longer the jobs for all of those students. Performing arts schools in general and music schools in particular began to recognize that we need to prepare our graduates for professional lives beyond just preparing them to be performers.”

Nytch himself came into the field of music entrepreneurship almost accidentally. Before taking the job at CU he had received a doctorate in composition, managed the Pittsburgh New Music Ensemble, and co-founded a non-profit service organization. As he explains it, “I did not recognize that I was laying the groundwork for this new career. I was just trying to figure out how to keep music in my life and make a living.” 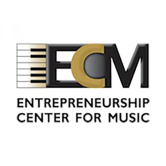 Then in 2008 he heard about the job opening at CU. “I’m reading the job description,” he recalls. “I’ve got a DMA in music, I have 15 years as a freelance composer, I’d run a small arts organization and my day job for six years was being the operations director for a small business. Basically, I checked every box that they were looking for. I read that job description, and I knew it was for me.”

The textbook emerged from his experience teaching entrepreneurship. “The educators, my colleagues in the arts entrepreneurship field, need resources for their own teaching,” Nytch says. In addition, “there are music students, there are individual musicians who are out in the world, especially folks that are in the earlier stages of their career.

“Entrepreneurship is also useful for traditional art management programs. A lot of arts organizations, symphony orchestras and opera companies and chamber music societies, they could benefit from learning to think entrepreneurially as well.”

Jeffrey Nytch teaching at the Entrepreneurship Center for Music

One part of the music world in particular gets Nytch’s attention: the amateurs who support professional organizations, as patrons or contributors or board embers. “Those folks are invested in the future of their organizations, but they may not have the mechanism to think about options in a strategic way.

More concisely, I recommend this unique and valuable book to anyone who makes, supports or listens to music. It fills a unique and important space in the music world, and it does it extremely well.

Can also be purchased from Amazon.