Opera by Russian composer Cesar Cui will have its Colorado premiere

César Cui (pronounced SAY-zar KWEE) is not a household name, anywhere. But he was an interesting person who wrote music that is always worth hearing. 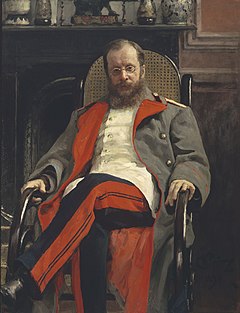 Born in 1835 in Vilnius, now Lithuania and then part of the Russian Empire, his principal career was as an officer and engineer in the Russian Imperial Army. But he also studied piano from childhood and pursued music as an avocation. With Mily Balakirev, Borodin, Mussorgsky and Rimsky-Korsakov, he was one of the Russian nationalist composers known as “Moguchaya kuchka” (the mighty handful).

Among other works, he wrote more than a dozen operas, including several children’s operas—which is what recommended Cui to Dianela Acosta and the Boulder Opera, who will present the first Colorado performances of his 40-minute Little Red Riding Hood this weekend (Friday–Sunday, Dec. 7–9) at Boulder Nomad Playhouse.

“We’re always looking for new material to present,” says Acosta, Boulder Opera’s artistic director who also plays the mother in the production. “Especially stories that are well known, to continue with our mission to introduce the younger generation to opera.” 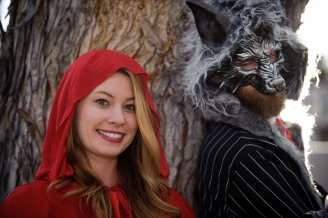 For Little Red Riding Hood, they are presenting three performance to school groups Thursday and Friday, with support from the Boulder Arts Commission. They have prepared a study guide that is useful for anyone attending the opera, and each performance will be followed by Q&A session for the audience with cast members.

“We love to do these Q&A at the end of the performances,” Acosta says. “The kids get to ask questions and then we ask them questions, and it’s very engaging. And because the opera is so short we decided to explore a little bit more of Cui’s music. We chose a short piano piece called ‘Orientale’ that our pianist, Deborah Schmit-Lobis, will play between the two acts.”

Cui’s music is in the familiar Romantic style of the mid-19thcentury, but with a definite Russian flavor. “There’s a lot of folkloric elements in the music,” Acosta says. “Vocally it’s not very difficult. The music really is there to tell the story, so it’s very descriptive for each character.

“Its a beautiful piece that just tells the story.”

Cui’s music is not widely available. In this case, Mathieu D’Ordine, who has conducted for Boulder Opera in the past, created a chamber arrangement that will be played by pianist Schmit-Lobis and a quartet of woodwind players. 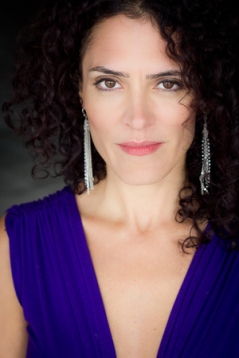 In the past, Boulder Opera has toured its productions to Longmont, Broomfield and Lafayette. This year, all their performances—both Little Red Riding Hood and performances in May of Pietro Mascagni’s Cavalleria Rusticana and Thomas Pasatieri’s Signor Deluso—will be presented in Boulder’s Nomad Playhouse.

Staying in one place gives the company the opportunity to build solid sets and invest more in the production, Acosta says. “The logistics of traveling was getting really taxing,” she says. “Instead of putting all of our efforts into touring, we’re enhancing our productions with the costumes and the sets.”

That initiative has been assisted by contributions from Nadia Artman, a member of the Boulder Opera board who is also credited as co-producer of Little Red Riding Hood.

Higher quality sets and costumes are clear signs of success for the Boulder Opera Company, but Acosta stays focused on the mission of the company, to bring opera to new and younger audiences. “It’s such a great thing to introduce children to opera,” she says. “That’s what we’re trying to do.

“It’s a familiar story with a happy ending, so it’s fun and educational at the same time.” 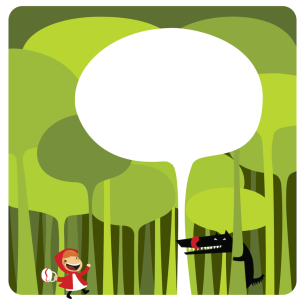