Music from Star Wars, Jaws, Raiders of the Lost Ark, E.T., and more

From Jaws to Harry Potter and Star Wars, John Williams has written some of the most familiar music of the past 45 years, across generations, social classes and all varieties of musical taste. 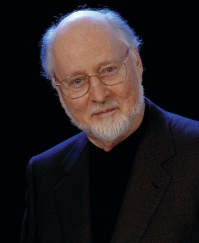 “I dare say that Williams is a well known entity” Michael Butterman, music director of the Boulder Philharmonic, says with a smile. And so he admits that the orchestra is not breaking new ground when they perform “A Tribute to John Williams” as their opening event of the 2018–19 season, Saturday (Sept. 29) in Macky Auditorium.

“This (concert) is more in the camp of wanting to create experiences that are broadly appealing to as wide a swath of the community as possible,” Butterman says. “Williams’s music has an appeal to people who love great orchestral sonorities, as well as people who love any of the great movies that he’s scored.”

Butterman’s aim in choosing music for the concert was to showcase the wide variety of styles that Williams can adopt in his scores. “There’s really just no end to the variety that this guy is capable of,” he says. “If there is a discovery to be made here, or at least a reminder, it’s that he has an ability to write in a huge variety of styles, and do it really effectively in each one.”

If Williams is known for anything to students of film music, it’s not his originality, but his ability to assimilate many different styles, and to create a mood in just a few notes. For example, it is no secret that the “Imperial March” from Star Wars has a striking resemblance to “Mars the Bringer of War” from Holst’s Planets. Nor is it disputed that it perfectly creates the impression of grandeur and menace that the forces of The Empire require.

John Williams with one of his Oscars

That ability to capture exactly the right style to pull the movie audience into the scene is the essence of great film music. And John Williams has it to such a degree that he has been nominated for no fewer than 50 Academy Awards, and has won five of the golden statuettes.

“The music is there to nonverbally transport the listener to a time and place, and he can do that with just a few notes or a couple of chords,” Butterman says. “There are works where he channels a particular culture, like Memoirs of a Geisha where he’s writing in a style that is evocative of Asian music, or Angela’s Ashes where there’s an Irish or British Isles feel to the music, or “Viktor’s Tale”from The Terminal where he’s channeling a sort of folksy central European feel.”

The concert will open with the “Superman March”—in case you forgot, Williams wrote music that was used in all four of the Christopher Reeves films (1978–87). Early on you will hear what is likely the most famous and terrifying two-note theme ever written, and the program ends with one of the greatest opening fanfares of any film—but I don’t have to identify those, do I?

Music from Star Wars, Jaws, Raiders of the Lost Ark, E.T., Jurassic Park, Harry Potter and the Sorcerer’s Stone, and other films