CU Boulder and College of Music join in world-wide celebration

It started Aug. 31 with the CU Marching Band’s half-time show. 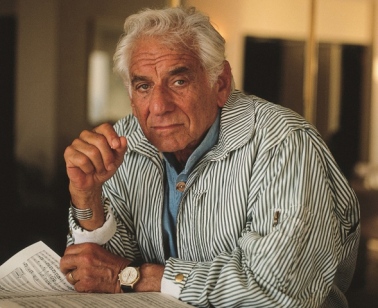 “It” is the CU Boulder contribution to the world-wide juggernaut that is the 2018 centennial of Leonard Bernstein’s birth. If the CU-CSU “Rocky Mountain Showdown” seems an unusual place to celebrate the former director of the New York Philharmonic, Leonard Bernstein is a unique figure in American music. He famously wrote everything from serious symphonies to smash-hit Broadway shows. Indeed, he was such a protean figure that he is identified on the university’s Webpage as a “composer, conductor, educator, musician, cultural ambassador, and humanitarian.

For the record, the marching band played arrangements from West Side Story at the CU-CSU game in Denver. They will repeat the performance, with assistance from the Dance and Theatre Department at the Folsom Field halftime shows Saturday, Sept. 15, and Friday, Sept. 28.

Locally, the observance of the Bernstein centennial actually started long before August. Last April, the Boulder Philharmonic presented a sold-out performance of West Side Story in concert, and several of the concerts at the Colorado Music Festival this last summer were arranged around music Bernstein wrote, conducted, or was influenced by. 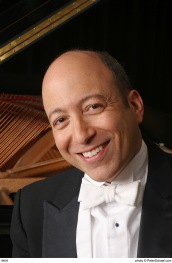 With nearly 20 events on the calendar, the CU celebration will be the most wide-ranging Bernstein festival in the region. “We wanted to feature the University of Colorado, and involve as much of the College of Music as possible,” says Andrew Cooperstock, professor of piano in the College of Music and artistic director of CU Bernstein at 100.

“I think we’ve done that pretty well. We have faculty chamber music, we have student performances, we have all of the major ensembles, opera and wind symphony, and orchestra—and marching band! We have music theory and musicology as well, and extramural partnerships with the Program in Jewish Studies and the Department of Cinema Studies and Moving Image Arts.”

Cooperstock also noted the wide variety of Bernstein’s interests as a motivating aspect for the broad range of events. “Bernstein said he didn’t differentiate among different kinds of music,” Cooperstock says. “He had an interest in the Beatles, and Mahler, and jazz, and everything in between.”

Information about the CU Bernstein at 100 project can be found on their Web page, which also includes a calendar of all the CU Bernstein events. The calendar includes concerts and other performances, lectures, a masterclass, film screenings, and a full production of West Side Story by the Eklund Opera Theater. You can also find a page about Bernstein that has a brief bio and links to videos and essays about various aspects of his career written by people who knew him. 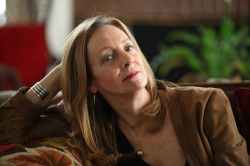 Among the authors is Jamie Bernstein, Leonard Bernstein’s daughter, whose remarkable book Famous Father Girl: A memoir of growing up Bernstein was published in June. Jamie Bernstein will be one of three special guests at CU during the week of Sept. 24–28, along with Glenn Dicterow, former concertmaster of the New York Philharmonic Orchestra, and Carol Oja, the William Powell Mason Professor of Music at Harvard University and one of the leading scholars on Bernstein and his music.

Events involving these guests will be covered in more detail later this month.