Michelle DeYoung in an intimate voice-and-piano recital at CMF

Mezzo-soprano Michelle DeYoung, the 2018 SeiSolo artist-in-residence at the Colorado Music Festival, lent her impressive voice to an intimate song recital, last night (July 28) in the Chautauqua Auditorium. Performing with her was pianist Cody Garrison. 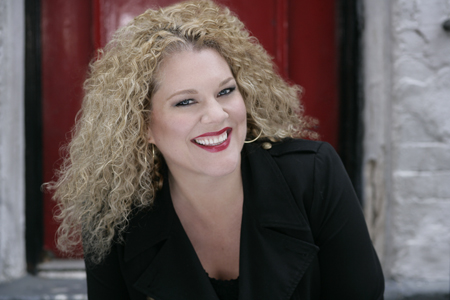 Collins, himself a singer, clearly knows DeYoung’s voice. The four songs of the new cycle, Love’s Crusade, fit her strengths very well. Just as clearly, DeYoung also knows that; these were the most relaxed, the most natural performances of the evening. 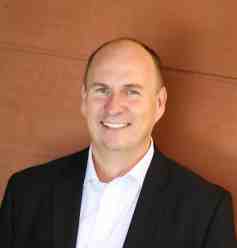 The texts of the four songs are taken from four very different sources: one a translation of a poem by German poet Friedrich Rückert; one a setting from Shakespeare; and two texts newly written by Collins. Of the four, the Rückert song (“If you love me”) was by far the sweetest, the most gently affecting. DeYoung sang with great conviction and unforced expression.

The final song, with Collins’ text, was inspired by DeYoung’s Wagnerian credentials. The composer introduced it by observing that she is “the ideal Brunnhilde.” Titled “Warrior Queen,” it is a Viking-like call to arms by a queen who defends her husband’s realm. I found the text rather conventional for this genre (“Lift your hearts, we ride together! . . . . For country! For the King!”). Dramatic as it is, this is the least interesting music of the cycle, static and declamatory. But unquestionably, DeYoung has the voice and the demeanor for this song, and the final cries “For the King!” rang clear and full throughout the large Chautauqua Auditorium.

The two central songs of the set—“Fear No More” on Shakespeare, and Collins’ “Kentucky Coffee Tree”—set the texts sensitively, and elicited expressive performances from DeYoung. The cycle as a whole is nicely varied, and received a warm response from the audience. 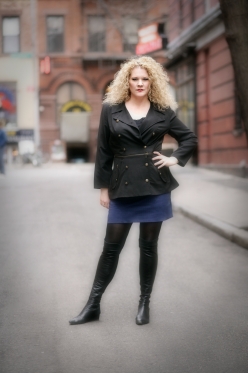 Earlier on the program, DeYoung had presented sets of songs by Brahms, Strauss and Samuel Barber. The “ideal Brunnhilde” is not a natural lieder (art song) singer, and at times she was audibly restraining the power in her voice, as though her dramatic force might overflow at any moment. She was at her best in the more dramatic songs, where she could open up more.

The majority of the songs she selected were moderate to slow in tempo and melancholic in temperament. The darkness and natural richness of her voice fits these moods well, giving weight to the music. Nevertheless, the emotional sameness made the exceptions all the more enjoyable: Brahms’ “Mein Liebe ist grün” (My love is green) and Barber’s “Green Lowland of Pianos,” on a witty text by the Polish poet Czesław Miłosz.

After the premiere of the Collins cycle, DeYoung returned to sing as an encore an arrangement of another song written for her by Collins, one of the songs from Buch des Sängers. Completely at ease with music written to suit her individual voice, she sang comfortably and with expression. She was rewarded with cheers from the audience and the obligatory standing ovation. 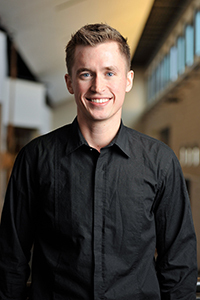 A multi-talented artist, Cody Garrison is staff accompanist at Metropolitan State University in Denver and the Boulder Symphony, and the principal collaborative pianist for the Boulder Music Institute, in addition to maintaining a dental practice in Denver. His performance with DeYoung was ever discreet and restrained. While attentive to the leading lines in his part, he never brought out more than necessary or pushed the soloist in any way.

DeYoung will perform one more time at CMF this summer, when she sings the “Abschied” movement from Mahler’s Lied von der Erde (Song of the earth) with conductor Peter Oundjian and the CMF orchestra tonight. Her recording of this deeply moving, elegiac piece is one of the best I have ever heard. Tickets are still available at the Chautauqua box office.