Venice, “purveyor of exotic goods,” provides a point of reference

The Boulder Bach Festival closes its season Thursday (7:30 p.m. Boulder Adventist Church) with a program of stunning variety, but festival director Zachary Carrettin sums it up in one sentence: 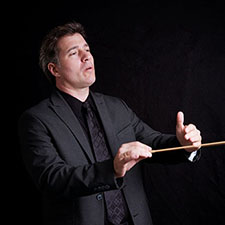 “We have this journey from lament to meditation to levity to blazing virtuosity, and finally to international dances at the hand of Johann Sebastian Bach.”

That’s as good a capsule description as one could make of a program that includes two settings of the Crucifixus from the Latin Mass by Antonio Lotti, a rousing street song by Tarquinio Merula, a tragic chorus by Giacomo Carissimi, a concerto by Vivaldi, and ending with an orchestral suite by J.S. Bach.

The program also sums up pretty nicely where the BBF stands today, because it introduces music by some of Bach’s predecessors that are not well known—one of the festival’s major goals. It features a number of guest artists from around the world, which is a priority. And those guests are serving as mentors to local musicians who are eager to learn more about early music performance, which fulfills an educational mission.

The concert is titled “La Venexiana,” meaning roughly ‘the one from Venice.’ (Note that in the Venetian dialect, the “x” is pronounced “tz”: “La Venetziana.”) Clearly, not all the composers are Venetian: Vivaldi and Lotti are, but the German Bach is not; Carissimi was from Rome and Merula from Cremona. 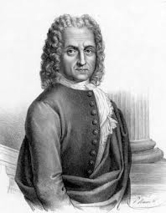 “For me, the theme doesn’t define the program,” Carrettin says.“One can choose a theme and adhere to it, or one can look at it as a point of reference. The final program should be an experience that I want us to present to the audience.”

The first half of he program mixes vocal and instrumental pieces, starting with two Crucifixus settings by Lotti, one for eight voices and one for six. Carrettin describes Lotti as one of Bach’s “contemporaries whose music is equally thrilling and ravishing. His use of suspension and resolution is exquisite. The successive chains of dissonances paint the idea of a crucifixion, and the resolutions are so poignant that one senses the promise of salvation.” 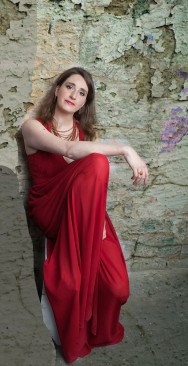 Balancing the serious works will be Su la certra amorosa by Tarquinio Merula, which Carrettin describes as “a fun piece, rhythmic and virtuosic.” Written for soprano and continuo, it will be performed by soprano Josefien Stoppelenburg, a guest artist who has become a favorite of BBF audiences, accompanied by cello and Baroque guitar.

Between the vocal works will be two instrumental pieces designed as moments of reflection, a Sonata for Three Violins by Giovanni Gabrieli and a Ricercar for solo cello by Domenico Gabrielli (not related to Giovanni). The program’s first half concludes with the final recitative and chorus from the oratorio Jephte by Carissimi, a lament for Jephte’s daughter who must be sacrificed to the gods to fulfill a tragic vow.

Two instrumental pieces will be heard after intermission, Vivaldi’s Concerto for two violins in D minor and J.S. Bach’s Orchestra Suite in B minor for solo flute and strings. Although they are both in minor keys, they are by no means gloomy in mood. “This Vivaldi Concerto really is aggressive and brilliant and in some ways over the top,” Carrettin says. 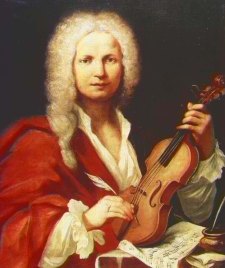 The quintessential Venetian composer of the Baroque era, Vivaldi was famous enough to attract visitors to the city for his concerts. This fits Venice’s character, Carrettin says. “Even in the 17th and 18th centuries the number of residents paled in comparison to the sea trade and those visiting the city as an exotic place and purveyor of exotic goods”—including its music. 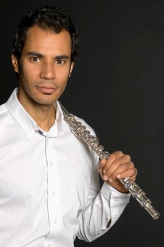 “Ismael has been a valued artist with the Boulder Bach Festival, and this is a great way to have him come back and share one of the great pieces for his instrument. He’s a wonderful person and a brilliant musician.”

Finally, Stoppelenburg and the other guest artists—violinist Adam LaMotte, concertmaster of Portland Baroque, and cellist Guy Fishman, principal cellist of Boston’s Handel-Haydn Society—will be doing more than performing. They will also be working with local musicians to share their expertise with Baroque musical styles.

In other words, the BBF has become much more than an organization that presents concerts; it is actively building a community of musicians. As such, Carrettin sees the BBF resting on three pillars. 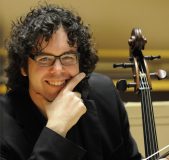 “One pillar is the guest artist/mentors,” he says. “Another pillar is the experienced early-music interpreters who already live in Colorado. And the third pillar is recent graduates here, professional musicians who want to have access to musicians in Amsterdam, Vienna, New York.

“We bring them all together. So we’re building a core of players, and merging this idea of professional development into our season finale. And we’ll continue this tradition next year.”