Bernstein at 100 is celebrated by Boulder Phil and colleagues

West Side Story in Concert is sold out, but Monday’s tribute concert is not

His Broadway hit West Side Story, his leadership of the New York Philharmonic, his televised music education programs, his membership in the jet-set glitterati of the arts world, his famous performance of Beethoven’s Ninth on the site of the fallen Berlin wall—these made him the most recognizable classical musician in the world. As such, he was one of the most influential cultural figures of his time.

“Composer, conductor, pianist, educator, advocate, communicator: he could do it all,” says Michael Butterman, music director of the Boulder Philharmonic. “I would say he was one of the most significant figures in 20th-century music, period.”

The 100thanniversary of Bernstein’s birth arrives in August of this year, and his centennial is being celebrated by virtually every orchestra in the country. That includes the Boulder Phil, whose sold-out concert performance of West Side Story leads local celebrations.

While that performance has gotten the most attention, another, more intimate concert will take place Monday evening that explores some lesser known corners of Bernstein’s creativity (7 p.m. April 23 in Boulder’s Jewish Community Center).

“Bernstein at 100: Leonard Bernstein in Concert” was put together by Eve Orenstein, the Phil’s director of development. Wanting to bring the larger community into the celebration, she contacted local musical organizations and musicians, assembling a program of solo and duo performances that will also include spoken tributes to Bernstein by Butterman, pianist Andrew Cooperstock from the CU College of Music, and Kathryn Bernheim, cultural arts director of the JCC.

Two of the Phil’s musicians will perform: concertmaster Charles Wetherbee will play an arrangement of “Somewhere” from West Side Story and clarinetist Stephanie Zelnick will perform Bernstein’s Sonata for Clarinet and Piano. Both will collaborate with Cooperstock, who has recorded Bernstein’s complete solo piano music. Cooperstock will also play two shorter solo pieces.

Tenor Eapen Leubner will perform “Maria” from West Side Story and “Two Love Songs on Poems by Rainer Maria Rilke” with pianist Mac Merchant. Also performing with Merchant, vocalist Faye Nepon will sing “So Pretty,” and “Lucky to be Me” from On the Town; and soprano Rose Sawvel will sing the “Simple Song” from Bernstein’s Mass, “La Bonne Cuisine,” and the showpiece “Glitter and be Gay” from Candide.

This diverse program ranges from the serious (Clarinet Sonata) to the more humorous (“La Bonne Cuisine”) to pure entertainment (“Glitter and be Gay”). As such, it complements the familiar West Side Story and gives audiences a chance to expand their musical horizons—which was the constant goal of Bernstein’s own teaching.

The performance of West Side Story itself is noteworthy. For one thing, the fact that it sold out ten days in advance shows both the draw of Bernstein’s show, some 61 years after its premiere in 1957, and the success of the Phil’s programming for the Boulder community. There have been a few sellouts in recent years, but none as far as 10 days in advance.

It is also noteworthy that the Boulder Phil is one of the first, if not the first regional orchestra to present West Side Story in concert. The Bernstein estate had not permitted concert performances until 2014, when conductor Michael Tilson Thomas and the San Francisco Symphony received their consent. Since then several orchestras have done the concert version, although it remains more popular to perform the music live with the 1961 film. 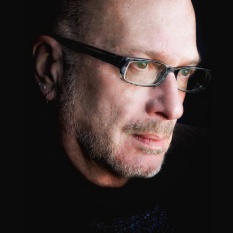 For Saturday’s performance, the orchestra will be seated on stage and the actors will be limited to the front apron and a single raised platform behind the players. In a score as complex as West Side Story, this could create challenges keeping orchestra and singers together, but stage director Robert Neu is not particularly worried.

“I’ve done a ton of concert performances of operas,” he says. “I’ve found two things. One is that there are plenty of easy ways to have it staged that somebody’s near the conductor and out of the corner of the eye catch a beat. And I’ve found that the force of that many musicians, the energy on stage, you can tell what’s happening behind you.”

A larger issue for Neu is that dancing, which creates so much energy, is only allowed in fully-staged productions. For concert performances the use of any choreography is forbidden.

“The hardest thing about semi-staging this piece is that the dancing is so iconic and we’re not doing any dancing at all,” Neu says. “The dance music is so descriptive that if you set up the action before and after satisfactorily, the music helps to tell the story. (The action) is told by the music in such a specific way that you can still follow the story.”

West Side Story has become so familiar that it is easy to overlook how revolutionary it was in 1957. “I’m reminded of how tightly constructed it is, the way that themes are introduced at various times in a very subtle and foreshadowing, or backward looking, way,” Butterman says. “This is the sort of thing that opera composers do all the time, but not as often encountered in Broadway musicals.”

The complexity of the music was particularly startling in 1957, when most musicals did not have complicated ensembles like “Tonight,” or quite such virtuosic orchestral lead parts. “It was a genre-changing piece,” Neu says. “I would love to have been there in 1957 at that first orchestra read, when the principal trumpet and the percussionist were first seeing the parts, going, ‘say what?’”

The complexity and difficulty of the music is still a challenge, 61 years later. The Boulder Phil will bring in a few brass players who are specialists in the jazz-inflected style of the score. “Some of the brass playing is incredibly virtuosic and very, very, much like a big band,” Butterman says. “In spite of the fact that the tunes are familiar, it’s complex. It’s difficult, it’s relentless.”

Amidst all the celebration, we should remember that Bernstein’s impact continues today, present in much of the musical activity around us. Butterman talks about having conducted the Rochester Philharmonic, an orchestra that Bernstein once led, and having found a lingering “ethos that Bernstein then displayed when he was music director of the New York Philharmonic.”

I shook Bernstein’s hand and collected his autograph once when I was in high school. Many of us in the musical world had such brief or tangential contacts with him. But his influence on our national musical life is far greater than any individual’s near or remote degree of separation. “Because of the breadth of what he did, he became larger than life,” Butterman says.

“He left an amazing legacy for anyone involved in orchestral music. It’s important to celebrate his music, which is the most long-lasting legacy he left to the world, at the same time remembering the work he did to bring classical music to as many people as possible. I see him as an inspiration.”