Performances of music by Mendelssohn and Janáček were ‘charming and expressive’

Both scores have been eclipsed by greater works that came later in the composers’ careers. But last night’s performances were refined and stylish, making a case for the Concerto and the Idyll.

The program and others this year mark a return to genuine chamber orchestra repertoire for the BCO, after an excursion into the large-symphony realm last year. This is a good decision: the BCO sounded better and more comfortably at home with these two works than ever. It is one the best concerts I have heard them give. 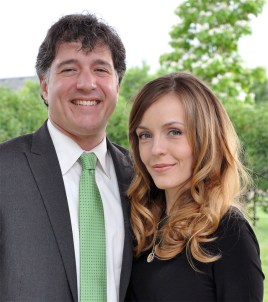 The soloists for the Mendelssohn, pianist Mina Gajić and violinist Zachary Carrettin, ripped through their often-virtuosic parts, tossing off Mendelssohn’s adolescent show-off riffs with aplomb. The young Mendelssohn was clearly drawing on classical models for structure and syntax, but he did not hesitate to use more dramatic Romantic gestures for the solo parts.

For example, the Concerto opens with a Mozartian introduction that would not be out of place in the catalog of any Classical composer. The piano then seems to drop in from another planet—call it the world of heroic soloists—entering with stentorian chords and flamboyant arpeggios. Gajić played with complete command, and was matched by Carrettin’s flourishes on the violin.

The mixture of styles is especially evident when Mendelssohn begins to develop his carefully balanced melodies, spinning off into unexpected keys and sudden changes of mood. Writing for himself to perform on piano with his violin teacher, he seems unable to resist showing everything he can do with the material.

Much of the slow movement is a Romanza for the two soloists, which provided some of the best moments. The Finale bounces between light-hearted jollity and stormy outbursts of passion, much as we can imagine the 14-year-old Mendelssohn doing with his own playing. Gajić and Carrettin followed Mendelssohn through every twist and turn, matching one another note-for-note through all the movement’s many scampering scales and runs. 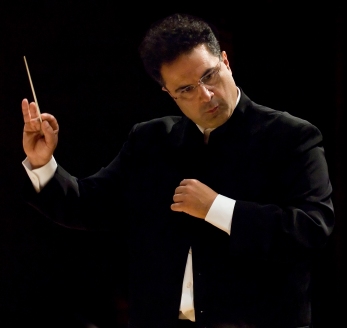 Saless and the BCO came into their own with the Janáček Idyll, a suite of seven movements marked with the sweet melancholy and dance rhythms of Czech folk music. Saless spends part of every year in Prague and has said that he must have been Czech in a previous life.

If so, his performance of the Idyll was clear evidence of his identification with Czech culture. His interpretation was sensitive and deeply expressive throughout. Apart from an occasional muddiness in the lowest parts—likely due more to the venue than the players—the performance was exemplary. Though little known, the Idyll contains music of unexpected beauty.

The performance will be repeated, tonight at 7:30 in Boulder’s Seventh-Day Adventist Church. Both pieces are well worth hearing: the Mendelssohn is a delightful glimpse of a young genius at play, brought delightfully to life, and the Janáček is filled with wistful beauty, played with deep expression.

You can order your tickets here. You won’t be sorry.