Concertos familiar and unfamiliar will decorate the 2017–18 season

Conductor Bahman Saless is calling next year’s season of the Boulder Chamber Orchestra (BCO) “Fourteeners,” because it is their 14th season, but there are no massive summits on the horizon.

“If there were going to be a theme it would be going back to our basics,” he says of the season’s program. “We have kind of stretched ourselves for a year or two, to get us to some benchmarks, and now we can go back to our more intimate chamber orchestra concerts.”

The search for benchmarks has led Saless and the BCO into Romantic territory, with concertos and symphonies by Brahms, and this season’s performance of Beethoven’s Ninth Symphony (coming May 5, 6 and 7). But the 2017–18 season stays mostly in the classical period, which is the core repertoire for smaller orchestras, including two symphonies by Mozart and one each by Haydn and Schubert.

Along with chamber orchestra basics, the season will be decorated by concertos, some of them familiar and some virtually unknown. Undoubtedly the least familiar will be on the December concert, when the orchestra’s principal flutist, Cobus du Toit, will be featured in the Pastorale Suite for flute and strings by Swedish composer Gunnar de Frumerie.

It’s a piece that Saless literally found on a beach in Mexico.

“Cobus has been bugging me for a concerto to do with him for a while, and I love showing him off,” he says. “I was in Mexico by the beach and I heard this on my phone, and I’m like, ‘I’ve never heard this before! I’ve got to do this!’

“I really don’t know anything about the composer. The piece is unknown enough that even Cobus had to look it up!”

Another unfamiliar solo work will be the Concerto for piano, violin and strings by Mendelssohn, written when the composer was 14 years old, and unpublished in his lifetime. It will be performed in November by pianist Mina Gajic and violinist Zachary Carrettin.

Filling out the roster of little known concertos will be the Piano Concerto No. 3 in B minor by Johann Nepomuk Hummel, a contemporary of Beethoven who succeeded Haydn as Kapellmeister to the Hungarian Prince Esterhazy. Known principally as a piano virtuoso, Hummel wrote eight concertos for his own use of which, Sales says, the Third is “really hard to do.” It will be performed in February by Andrew Staupe. 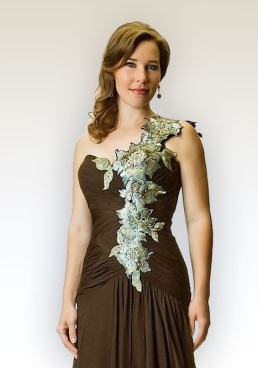 Beethoven will provide another rarity for the February concert, the complete incidental music for the play Egmont by Goethe. The Overture is a common concert opener, but the full incidental music, including songs that will be sung by soprano Christie Conover, is not often heard.

Well known solo works on the season schedule are Mozart’s Sinfonia Concertante for violin and viola, played by Sharon Park and Andrew Krimm; and the Concierto de Aranjuez for guitar and orchestra by Joaquín Rodrigo, performed by Chaconne Klaverenga. The season wraps up in May with a concert that will feature four members of the BCO in Haydn’s Sinfonia Concertante for oboe, bassoon, violin and cello.

Tickets for the 2017–18 season will go on sale through the BCO Web page May 5. The full season schedule and programs are listed below. 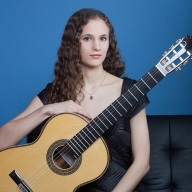 May  11,12
Haydn: Sinfonia Concertante in B-flat major for oboe, bassoon, violin and cello
—Soloists from the orchestra
Haydn: Symphony No. 95 in C minor
Mozart: Symphony No. 36 in C major, K 425 (Linz)