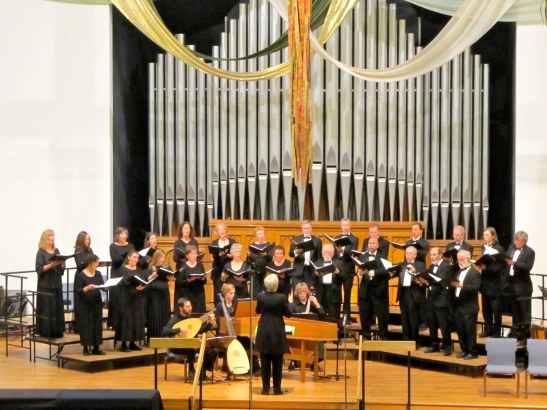 Over the weekend—Friday to Sunday, March 24–26—Evanne Browne will conduct her farewell concerts with Seicento, the Baroque performing group that she founded only six years ago. 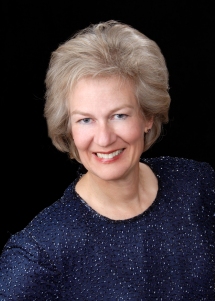 The program comprises entirely music by Handel, including settings of Psalm 110, Dixit Dominus, and Psalm 117, Laudate Pueri. Both are set for choir and soloists with strings and will be accompanied by a small orchestra of period instruments, including harpsichord and small organ. There will also be sections of secular cantatas to fill out the program. Performances will be in Denver, Boulder and Estes Park (see below for details).

“It’s my last concert, but it’s the beginning of a new energy with Seicento,” Browne says. “We’re financially sound, we’re finishing the sixth year, and we’ve been well received. People say, ‘oh, that’s your baby,’ but the baby has grown up and is ready for a new influence.”

Interviews have already been held for a new director and auditions will be conducted next week. Browne said the board hopes to announce the new director in April.

Browne moved to the Washington, D.C., area, where she had lived and worked before coming to Boulder, in September and has travelled back to Colorado for all the Seicento’s concerts this year. In the meantime, she has been singing professionally and teaching in the D.C. area since her move. 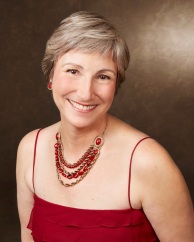 She picked the program for the concert before she knew it would be her last with Seicento, but the choice is appropriate. “I have known Dixit for along time and wanted to do it,” she says. “Dixit is one of his most incredible choral pieces, and both pieces are chorally flamboyant, and difficult choral singing. If you think Messiah has lots of runs, Dixit is that times two or three.”

The second Psalm setting, Laudate Pueri, was pointed out to Browne by Mark Alan Filbert, who has served as musical director in Browne’s absence this year. Both pieces were written in 1707, when Handel was 22. He was living in Rome, where the Pope had banned opera but sacred music filled the void. Roman choirs of the time seem to have been particularly capable, which explains the difficulty of the music in both Psalm settings.

While living in Italy, Handel “was influenced by Corelli and other Italians,” Browne says. “He was into an Italian expressiveness, which is so much about word painting and florid vocal lines. And the crunchiness of the dissonances is very Corelli-like. He took that style into his later works, his operas and his oratorios, but I think he’s really exploring the craft here.”

The two Psalm settings do not quite make an hour of music, so Browne selected movements from three of Handel’s cantatas to fill out the program. She chose them, she says, because they contain music that the audience will recognize—the original versions of melodies that appeared later in Messiah.

“People will recognize [the tunes],” she says. “One is ‘For Unto Us a Child is Born,’ and the other is ‘And He shall Purify.’ It’s great fun to hear these Italian texts and especially the Messiah melodies that we know so well in their original form. It’s so familiar but it’s so different.”

Soloists for the performances will be sopranos Amanda Balestrieri and Kathryn Radakovitch and tenor Todd Teske, all from the Boulder area, and mezzo-soprano Barbara Hollinshead who performs in Washington, D.C. There will also be short bass solos from members of Seicento.

“We have fabulous soloists,” Browne says. “There are two duets and one solo cantata, and the women who are doing the cantatas—oh my gosh, they can sing runs, and beautifully! It’s going to be a lot of fun to hear that.”

Just six years ago, Seicento became one of the first historical performance groups in the Boulder area. “When I first came to Boulder, there was very little Baroque vocal music going on, and a little bit of Baroque stringed period-instrument music,” Browne says, pointing out how much more there is now. “I am very, very proud of this organization and the way it has been managed,” she says.

“I’m grateful and I’m excited for the future of Seicento.”

Creative programming, extensive community engagement and thoughtful collaborations have paid off for the Boulder Philharmonic. 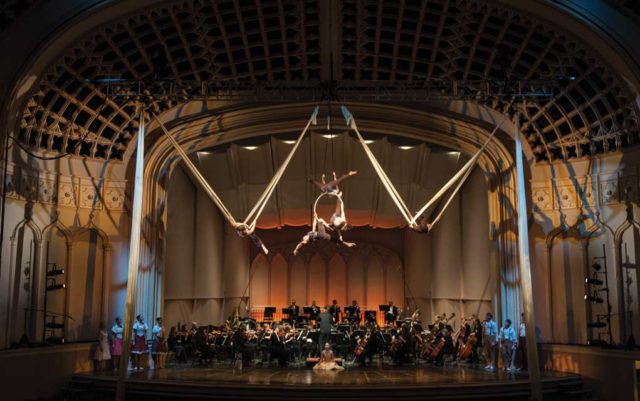 The big reward comes this week. Their next concert, Saturday, March 25, will be repeated Tuesday, March 28, at the Kennedy Center in Washington D.C., where they will be recognized as one of four orchestras, and the only regional orchestra, chosen for the inaugural Shift Festival of American Orchestras.

The program for the two concerts reflects several of the Boulder Phil’s recent initiatives, particularly the theme of “Nature and Music” that has informed several recent seasons and the collaboration with other local arts organizations. The program opens with the premiere of a new work by Stephen Lias, All the Songs that Nature Sings, commissioned as part of the National Endowment of the Arts (NEA) “Imagine Your Parks” initiative and specifically celebrating Rocky Mountain National Park.

Other works on the program represent what Butterman calls “greatest hits of the last five years.” Jeff Midkin’s Mandolin Concerto “From the Blue Ridge” and Steve Heitzig’s Ghosts of the Grasslands were both introduced to Boulder audiences in the spring of 2014 and were highly successful with audiences. And the final work on the concert will reprise one of the orchestra’s most creative collaborations: their 2013 partnering with Frequent Flyers Aerial Dance for Aaron Copland’s Appalachian Spring.

The combination of the Shift Festival and the “Imagine Your Parks” commission seemed tailor-made for the Boulder Phil. In fact, the Boulder Phil’s Executive Director Kevin Shuck says, “we had what in the words of the festival’s selection panel members was ‘the gold standard’ of what they were looking for.”

The festival will certainly put a national spotlight on the Boulder Phil, but the same activities that were the basis of the festival application have paid off locally as well. The programming of the past few years, community outreach, collaborations with Frequent Flyers and other arts groups, and educational programs have all helped build local audiences. Since 2009, overall ticket sales for the orchestra have risen 67 percent and subscription sales 44 percent. And Saturday’s concert is on track to be a sellout.

All the Songs that Nature Sings by Stephen Lias (world premiere)
Mandolin Concert, From the Blue Ridge by Jeff Midkin
Jeff Midkin, mandolin
Ghosts of the Grassland by Steve Heitzig
Appalachian Spring by Aaron Copland
With Frequent Flyers Aerial Dance