Beethoven’s Ninth, tributes to the festival’s history will be highlights

The Colorado Music Festival will celebrate its 40th anniversary this summer, and music director Jean-Marie Zeitouni has been looking at the festival’s history.

His programs for the coming summer recall the Roman god Janus, looking backward and forward at the same time. “If you look at every series, you will see that they have a commemoration of the past, but at the same time they are moving in a new direction,” Zeitouni says. “I think almost every single work on the program has to do with the history of CMF.”

The full 2017 schedule, opening June 29 and closing Aug. 4, was announced to festival patrons last night (Jan. 22). The season includes Thursday Festival Orchestra concerts, Saturday chamber music concerts, and Sunday Chamber Orchestra concerts, as in past years. In one change from recent seasons, all concerts this summer will be in the Chautauqua Auditorium. With a few exceptions that are noted below, all will begin at 7:30 p.m. 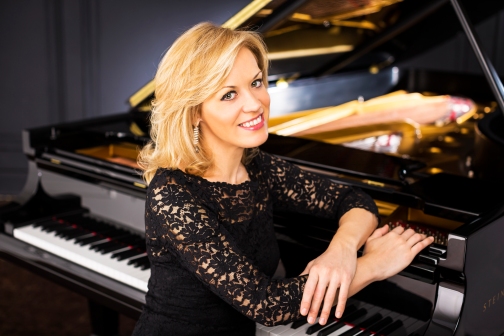 As part of Zeitouni’s homage to festival history, long-time  CMF patrons will recognize several guest artists who have been here before:

On the same program, De Young will perform Mahler’s Songs of a Wayfarer, and the orchestra will present the North American premiere of A Little Summer Suite by Betsy Jolas.

In addition to returning artists listed above, there are a number of notable visiting artists. These include:

Kern’s performances fit nicely into Zeitouni’s plan of commemorating the old alongside the new. On the Opening Night program June 29, Kern will reprise her 2013 performances of Rachmaninoff’s Rhapsody on a Theme of Paganini, but that will be paired with a completely new work for the festival, Prokofiev’s First Piano Concerto.

The two concertos are part of an all-Russian program, opening with Shostakovich’s brash and colorful Festive Overture and ending with Rachmaninoff’s lushly Romantic Symphony No. 2 in E minor. Both works are part of the festival’s history, but neither has been heard at CMF since the 1990s.

Another example of joining commemoration with new directions will be the CMF’s “mini-festival.” The idea of a series of concerts arranged around a single theme and performed in the same week was started by Christie. Zeitouni brought the model back last year with a Brahms mini-festival. This year, the mini-festival will reflect Zeitouni’s background and specialty: French music.

“I grew up with the Montreal Symphony playing Ravel and Debussy, so I have a special love for it,” Zeitouni says. “It is repertoire with which I have intimate affinities, but it is also repertoire in which the orchestra is allowed to shine.”

One new feature of the festival will be “Symphony Sampler” concerts, a series of abridged repeats of Thursday night Festival Orchestra programs presented Fridays at 6:30 p.m. July 14, 21 and 28. These informal concerts will offer only one or two major works from the previous night’s full program, with Zeitouni presenting an introduction to the music for people who might be new to classical performances. The early start time and shortened program leave time for a post-concert dinner, either at the Chautauqua Dining Hall or elsewhere in Boulder.

Another modification of past summers appears with the “Happy Hour@Chautauqua” events, Tuesdays July 11, 18 and 25. An outgrowth of previous Music Mashup events, these concerts are designed to bring classical and popular music together. Presented without intermission, each concert will be preceded by a “happy hour” offering complementary food and drinks.

After performances by pianists Christopher O’Riley and Pablo Ziegler July 11, and Time for Three July 18, the series culminates with Hackman conducting an all-new mashup with the orchestra July 25. Unlike Hackman’s previous scores for CMF, this will not feature just one classical work or pop group, but under the title “Classicalapalooza” it will being together music by various artists from both genres.

The 2017 Click Commission winner by composer Julian Wachner will be performed on the Festival Orchestra concert July 27, along with Scriabin’s Poem of Ecstasy (1908) and The Planets by Gustav Holst (1914–15). There will be little other new music during the summer, however: Corigliano’s Red Violin Concerto from 1997 will be performed on an American program July 6 and Jolas’s Little Summer Suite will precede Beethoven’s Ninth Symphony July 13, but no other works later than the middle of the 20th century are on the schedule.

This is only a summary of the full 2017 CMF calendar. A complete listing of the summer’s concerts and ticket information can be found on the CMF’s newly redesigned Web page. Tickets will go on sale to the general public March 20, including season subscriptions, ticket packages and single tickets.