The Boulder Bach Festival presents a journey of exploration in Longmont 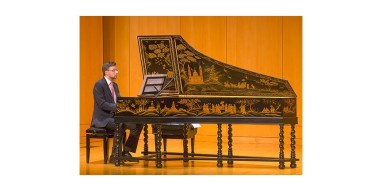 The concert featured Aschauer, a musicologist and performer on the faculty of Sam Houston State University in Texas, on harpsichord; Zachary Carrettin, the artistic director of the Boulder Bach Festival, playing Baroque violin and the cello da spalla (“shoulder cello,” a small cello played on the shoulder, like a cross between violin and guitar); and the bright, clear voice of soprano Jennifer Bird-Arvidsson. The program comprised music from the late 17th and early 18th Imperial Court in Vienna, including pieces for harpsichord alone, a sonata for violin and harpsichord, and arias from operas written for court occasions,

Most of the music was discovered by Aschauer in Viennese archives. It had been performed at the court and then set aside, making last night’s concert the modern and U.S. premieres of several pieces. The composers included the Hapsburg Emperor Leopold I as well as court composers George Muffat and his son Gottlieb, Attilio Ariosti, Antonio Caldara and Johann Joseph Fux.

The light and transparent sounds of the harpsichord and Baroque strings fit the repertoire perfectly, as did the lively, intimate space of Stewart Auditorium. Textures were clear and the audience was close enough to hear nuances that easily could be lost in larger halls. The program was presented with passion and an almost sensuous care for the sound. In short: this was as good an argument as you will hear for historical performance practice as a gateway to the sound world of the past. 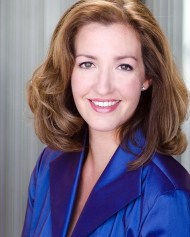 The entire program was both unfamiliar and fascinating. The arias were sung by Bird-Arvidsson with a seamless flow and elegant phrasing that was nicely matched by Aschauer and Carrettin in their obbligato accompaniments. Their committed advocacy for the music suggests that this unknown vocal repertoire is worthy of further exploration.

Of the instrumental works, Georg Muffat’s Sonata for Violin was strikingly strange, with passages of more or less normal Baroque phrases interrupted by sudden and unexpected  harmonic deviations. With the weirdness clearly brought out by the scoring, one wonders: was Muffat showing off for his imperial employer? It is certainly a piece that keeps both performers and listeners engaged.

Aschauer played a Plainte by Gottlieb Muffat in memory of the scholar Allison Dunlop, who tragically died just after completing a groundbreaking study of the composer. He performed this strange little lament with great feeling. 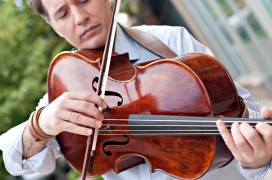 Carrettin introduced his cello da spalla to the audience, explaining how it might have been used in Baroque times, and why the instrument disappeared in the later 18th century. Built to order and based on historical models, his is a one-of-a-kind instrument that Carrettin admitted he is still learning. When played with vigor, it produces a gruff, dark sound, but Carrettin showed that it is also capable of more lyrical expression.

With this program, the Boulder Bach Festival has continued its theme using Bach “as a compass,” as Carrettin says, while exploring the musical past with fresh eyes and ears. Aschauer, Carrettin and Bird-Arvidsson made the “Journey to Vienna” one to be relished.