The program, led by conductor Bahman Saless and featuring violinist Karen Bentley Pollick, was performed last night (Nov. 11) in the Broomfield Auditorium. It will be repeated at 7:30 p.m. tonight in the Boulder Adventist Church, 345 Mapleton Ave. (tickets).

The program opens with genteel music from America’s “Gilded Age” of the late 19th century, the Air and Gavotte from Bostonian Arthur Foote’s Serenade for Strings. Here, the American-ness resides mostly in Foote’s careful homage to the music of Europe and avoidance of anything overtly American—characteristic of American high culture at the time, especially in New England.

Tenderly played by the BCO, the Air made a gentle start to the program. The following Gavotte is a Romanticized, drawing-room version of the Baroque dance, but none the less pleasant for that. Both were played with care.

Leaping more than 120 years, the BCO followed with the American premiere of David Jaffe’s Violin Concerto, How Did it Get so Late so Soon? This highly personal but unmistakably American work received a vigorous performance from the orchestra and Pollick, for whom the concerto was written, and by whom it was premiered in Lithuania Aug. 27.

A former bluegrass musician, Jaffe has filled the score with quotes and references to American music from the blues to the protest music of the 1930s. You may not hear the Woody Guthrie song he quotes, but the overall tone will be familiar to American audiences. The blues inflections, the outbreaks of Appalachian fiddling, the folk-tune-like melodies all come from a world we recognize.

There are portions of the concerto that sound as American as anything by Copland. But these ideas are always refracted thought a Charles Ives-ian sensibility, so that the music never settles into an extensive folkish groove. To my ears, that makes it all the more interesting: you never know what will happen next, but it all hangs together in a fascinating mélange. Bravo to Saless and the BCO for programming a work that deserves to be heard widely. 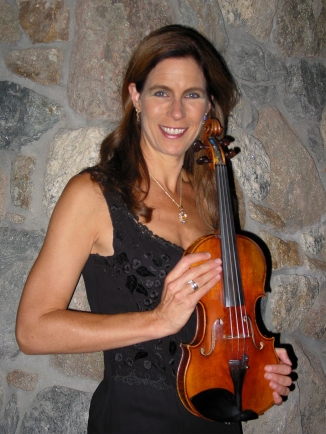 The orchestra played with a natural and relaxed understanding of Jaffe’s style. The small string section was always solid, and the second movement in particular featured some outstanding wind playing.

An enthusiastic advocate of the music she performs, Pollick played with great energy and conviction. Disclosure: I have known her since we were both music students in the 1980s, but to my entirely non-objective ear, she handled the concerto with virtuosic ease.

The rest of the program is too familiar to require extensive comment. In these fractious times, the Barber Adagio for Strings could be heard as an expression of sorrow for our broken country, and Copland’s Appalachian Spring as the hope that if we follow our hearts, things can be mended. But I doubt that anyone really wants to hear music as political metaphor.

The Barber was played with warmth and careful dynamic control. When played by a chamber orchestra, Appalachian Spring becomes less rugged, more delicate. There were a few bobbles, but Copland’s tender lyricism and robust energy were well conveyed. When everyone was having as much fun as Saless broadcast from the podium, further criticism seems irrelevant.