The 2016 Colorado Music Festival (CMF) came to a conclusion last night (Aug. 7) with a perfectly balanced program of three individual works, and one consummate performance of a popular concerto.

It was a fine way to end the summer.

For the program, music director Jean-Marie Zeitouni chose works that formed a tight key relationship, and that grew in size as they moved forward on the concert but backwards in time. They were Stravinsky’s Concerto in E-flat major “Dumbarton Oaks” for 14 instruments (1938); Schubert’s Symphony No. 5 in B-flat major for small orchestra (1816); and Beethoven’s Piano Concerto No. 5 in E-flat major, known as the “Emperor” Concerto (1811).

Not only was there a logical flow to the program, the works were well balanced for style and impact. An exemplar of Stravinsky’s bracing neo-classical style, “Dumbarton Oaks” is both elegant and humorous—“cheeky” is what Zeitouni calls it. It makes an ideal opener, cleansing the palate for whatever comes after. The symphony, written when Schubert was only 19, is slightly more serious, but always cheerful and a joy to hear: audience comfort food. And the “Emperor,” by far Beethoven’s most popular concerto, is a serious and imposing main dish that makes a brilliant end to any program.

Zeitouni’s collaborators for this program were of course the excellent players of the CMF Chamber Orchestra, and for the “Emperor,” the remarkable pianist Olga Kern, whose 2013 traversal of the Rachmaninoff concertos in three nights remains one of the touchstones of the festival.

The performance of Stravinsky’s rhythmically tricky concerto was surefooted and mostly clean and clear. The second movement was especially wonderful, as the phrasing by the individual players transcended the mechanical surface of the music. The fleet scampering flute, the pompous chugging of the bassoon, the tidy little phrases from the clarinet, and the gentle string interludes were all a pure delight to hear.

For the Schubert, Zeitouni adopted an unusual set-up, with the woodwinds front and center. Perhaps not strictly necessary for them to be heard, it did point up the importance of their parts in Schubert’s score.

I have heard this symphony played with a smaller string section, which gives greater muscularity to the winds and gives a more incisive early-, early-Romantic sound to the orchestra. Zeitouni opted for a more traditional full orchestral sound.

Schubert’s predecessors were apparent throughout the symphony. The lovely, graceful slow movement has more than a touch of Mozart. The bumptious Menuetto shows that Schubert had been listening to Beethoven, especially in contrast with a trio section that is pure Schubertian lyricism. And the finale is Haydn translated through Schubert’s personal sensibility.

These elements came thorough in Zeitouni’s careful interpretation. The weight of the strings, especially the lower parts, took a little—but only a little—from the sparkle of the performance.

With his grand sense of musical drama, Beethoven gives the “Emperor” Concerto soloist the opportunity to state “Here I am!” at the very outset. This Kern did, and her performance went from strength to strength thereafter, even covering the orchestra at one point.

After a strong, muscular, well defined opening movement, Kern and Zeitouni achieved a beautifully calibrated tenderness in the slow movement. The finale was even more invigorating than usual, with the orchestra punching out the returning rondo theme with great power and well placed accents, and Kern matching them punch for punch.

This is music from Beethoven’s so-called “Heroic” period, calculated for maximum impact, and it makes a great way to end a concert or a season. The audience stood and cheered, energized by a performance that was worthy of their approbation. 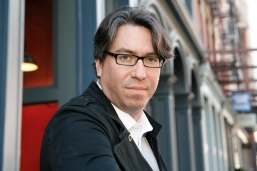 Before the concert, CMF Board president Ted Lupberger announced the winner of the 2017 “Click” Commission: Julian Wachner. One of the most innovative commissioning programs in the country, the “Click” Commission was inaugurated under former music director Michael Christie. Every summer, patrons are allowed to vote for one of three nominated composers by donating money for the commission; the composer who attracts the largest number of votes wins the commission and writes a short orchestral piece for the next summer’s festival.

Very busy as a conductor and keyboard artist, Wachner has had engagements with the Lincoln Center Festival, BAM Next Wave Festival, the Juilliard Opera Theater, New York City Opera, Hong Kong Philharmonic—and to keep things real, the 50th anniversary tour of the Rolling Stones. The Boston Globe described his music as “jazzy, energetic, and ingenious.” I look forward to hearing his work as part of the 2017 CMF.