Zeitouni offers Brahms, while Christie’s ‘up to his old tricks again’ 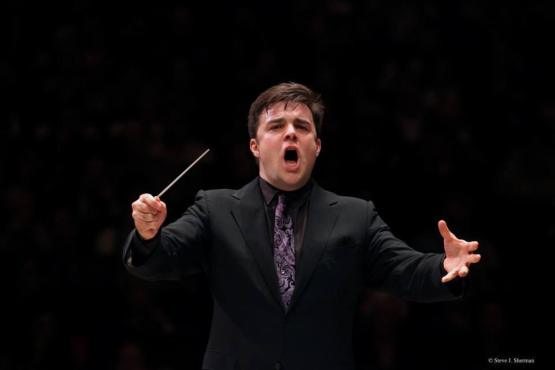 Fans of Brahms’s warm Romanticism (and who in the classical audience isn’t?) have much to look forward to.

In three concerts, the Colorado Music Festival (CMF) will present five of his most popular works. First, CMF music director Jean-Marie Zeitouni will lead the Festival Orchestra in a cycle of the four symphonies on two nights, July 7 and 8. Then a week later, former director Michael Christie makes his first return to the festival to conduct a program including the Brahms First Piano Concerto with pianist Orion Weiss July 14.

The performances of the four symphonies — Nos. 1 and 2 on July 7, 3 and 4 on July 8 — represents a return of the CMF’s mini-festival concept of works by a single composer.