Boulder Chamber Orchestra risks “The Curse of the Ninth”

2016–17 season will explore jinxes of a 13th year, and Beethoven’s greatest work 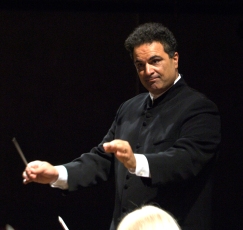 The conductor of the Boulder Chamber Orchestra (BCO) just released the group’s 2016–17 season, and they are meeting two great jinxes head-on. Titled in part “The Curse of the Ninth,” the season will feature a season-ending performance of Beethoven’s Ninth Symphony with the Boulder Chorale and soloists, as well as several other works that were created under the shadow of that work—considered one of the greatest creative achievements of Western music.

It is the orchestra’s 13th season, which also leads to the full title of the season: “JINX and the Curse of the 9th.”

Saless says that it was almost inevitable that the next season would include Beethoven’s Ninth. It will be the only Beethoven Symphony he has not conducted, and it is of course a work that can prove the standing of any orchestra and conductor. 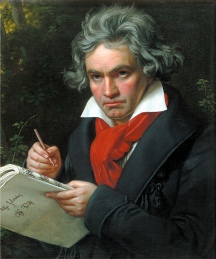 To fill out the season around such a bold choice for a chamber orchestra, Saless picked several works that illustrate the curse that supposedly came from Beethoven’s Ninth. It was such an overwhelming work that many composers were intimidated at the very prospect of attempting another symphony after it was completed in 1823.

For example Brahms, who was hailed by many as Beethoven’s successor, was not willing to present a symphony to the public until 1876—after 21 years of work on the piece, when the composer was 43 years of age, and all of 53 years after Beethoven’s Ninth was completed. Brahms First even features a melody that resembles Beethoven’s famous “Ode to Joy” from the Ninth—a similarity that, Brahms said, “any ass can see.”

The symphony was immediately greeted as the true successor to Beethoven’s symphonic legacy, and was referred to by some as “Beethoven’s Tenth.”

Another aspect to the “curse of the Ninth” was the notion that subsequent composers could not complete more than nine symphonies. Mahler famously tried to dodge the curse, finally finishing a Ninth Symphony but dying before he could finish his 10th. Tchaikovsky finished six, started a seventh and reached nine only if you count a couple of tone poems. Others, such as Dvořák and Bruckner, only just managed to finish nine.

Schubert is another composer with a famous final Ninth Symphony, but he also left three unfinished symphonies from the last years of his life. One of these—the most famous “Unfinished” Symphony of all, his Symphony No. 8 in B minor—will also be on the season schedule next year.

The season will offer another final symphony, though not a ninth: Mendelssohn’s rarely performed Symphony No. 5 (“Reformation”), on a concert to be led by guest conductor Nicholas Carthy from the CU Eklund Opera Program. Carthy will also be a soloist on the same concert, playing and conducting Mozart’s Piano Concerto in C minor, K491.

Other soloists during the season will be the young Chinese violinist Yabing Tan, playing Henryk Wieniawski’s Violin Concerto No. 2. Violinist Karen Bentley Pollick will play the U.S. premiere of a Violin Concerto titled How Did it Get so Late so Soon! by David A. Jaffe, a composer best known for his work in computer music and the development of the NeXT Music Kit software. The concerto has been written for Pollick, and will be premiered by her at the Tytuvenai Festival in Lithuania in August. 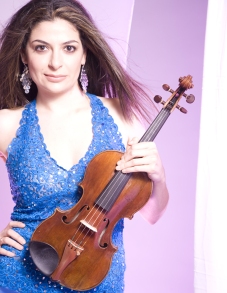 Yet another violin soloist on the season will be Lindsay Deutsch returning to the BCO to perform two pieces written for her. The brand new Beatles Fantasy by video-game composer Maxime Goulet will be premiered with the Bartlesville Symphony in Oklahoma; and Deutsch will also play Saless’s own Tango Variations, based on the popular song “Nature Boy.” It was written for her by the BCO’s conductor and premiered with the BCO in 2010.

Another feature of the season will be the inclusion of works usually thought of as full symphonic repertoire, including the Brahms and Mendelssohn symphonies. Certainly the Beethoven Ninth is not generally considered a chamber orchestra piece. Originally performed in Beethoven’s lifetime with an orchestra of about 78 players, it requires an orchestra large enough to support a full chorus.

Asked about this, Saless says that Beethoven performed by a small orchestra is “much more dramatic” and “more muscular.” Not to get too far into the weeds on a complex historical issue, it is true that in Beethoven’s lifetime, and for much of the 19th century, there were not many large standing orchestras like those we are accustomed to in the 21st century.

Small orchestras were common at the smaller courts and regional opera houses around Europe; larger orchestras were only found in the largest cities such as London and Paris, or for festive occasions, as sometimes happened in Vienna. Thus any of the Romantic works that Saless has performed recently—concertos by Brahms and Tchaikovsky, other works from the 19th century—could have been performed by smaller as well as larger orchestras.

And Saless is surely right that hearing music that is most familiar to us with the lush sound of large string sections performed by the BCO does reveal aspects of the music that we may not have heard before. By programming Beethoven’s Ninth, Saless will be giving us another opportunity to hear a familiar work in a new guise.

In addition to the orchestra concerts that have been announced, there will be a concert by the Lebanese darbuka (goblet drum) virtuoso Rony Barrak, and at least two chamber music concerts that will be announced later.

November 11 &12
With Karen Bentley Pollick, violin
Samuel Barber: Adagio for Strings
Copland: Appalachian Spring
David A. Jaffe: Violin Concerto How Did it Get So Late So Soon? (U.S. Premiere)

April 7,8, 9
An Evening with Rony Barrak and Friends.