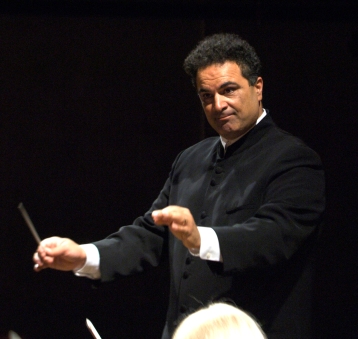 Bahman Saless wants to give you an earworm.

The conductor of the Boulder Chamber Orchestra is preparing to perform Brahms’s massive Second Piano Concerto this weekend with pianist Soheil Nasseri (Friday and Saturday, April 15 and 16, in Broomfield and Boulder), and he says, “The second melody of the first movement is, to me, probably the most gorgeous melody ever written.

“Ever! I cannot think of any other melody that just makes me want to sing it as much as this one. So if you want an earworm, come to the concert!”

Earworms or not, there is no question that the Brahms Second Piano Concert is a serious undertaking for any pianist. At 50 minutes in length and four movements, just the sheer volume of music to be learned is daunting. And it is a powerful, energy-sapping work as well. 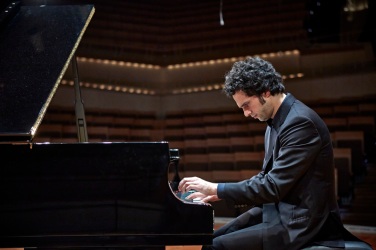 But Nasseri really wants to perform this concerto.

“It has been his lifetime dream,” Saless says. “He asked me if I would do it and I said, ‘Sure! Let’s give it a shot!’ If he’s got that much passion for it, it’s got to be great.”

That created a problem for Saless, though. The Brahms Second Piano Concerto is a difficult piece to put into a program. “If you want to perform Brahms Two, what do you put it with?” he asks. “There are certain pieces that are just hard to program. And when you’ve got a concerto that’s 50 minutes long, you run the risk of going over an hour and a half.

“It’s just a really hard piece to balance with.”

Saless talked to several other conductors, but he didn’t like any of their ideas. “You need something lighter, something more accessible, something that doesn’t demand so many intellectual calories” from the listeners, he says.

He wanted a piece that’s strong enough on its own to stand up to the Brahms. And he also needed something that used a classical rather than a large Romantic orchestra, because that’s what the Brahms concerto—for all of its imposing impact—calls for. “It’s more massive in length and structure than in orchestration,” he says.

The piece he settled on is Mozart’s Symphony No. 40 in G minor, which he had conducted before and wanted another shot at. “I’ve done it before, and I failed,” he confesses. And citing a Samuel Beckett quote, he added, “I’m going to fail better this time.”

The two pieces—Brahms and Mozart—“in many ways are the antithesis of each other,” he says. “You’ve got this beautiful, compact, very transparent Mozart symphony, versus this gigantic cruise chip of a concerto which is really a symphony for piano and orchestra. In so many ways they’re extremely different, but at the same time, they’re both appealing.”

Is the “gigantic cruise ship of a concerto” well suited for a small orchestra like the BCO? Saless thinks so. “With Brahms it’s always chamber music,” he says. “You can literally do any Brahms big piece with a chamber orchestra. That just brings out all the inner weavings that you don’t generally hear.”

The Mozart Symphony, which opens the program, is a very direct and accessible piece, Saless believes. “It’s right there, it’s all there in all its beauty and glory,” he says. “But it’s a huge challenge for the orchestra. In many ways it’s much harder than the Brahms for us, because it’s so transparent, because it’s Mozart.

“It’s just so tricky with a piece like this, especially because everybody knows it. We need to perfect every bar.”

Just as with the Brahms, Saless thinks the Mozart gains from having a smaller orchestra. “The orchestra needs to suddenly become this completely different animal, because most of the musicians are used to playing with big orchestras,” he says.

“You have to change the range of the entire orchestra. And what’s great about doing it with a chamber orchestra, with smaller string sections, is that the winds come out so much more. And so much of this symphony is all about the writing for the winds, which is outstanding.”

Mozart and Brahms, the two pieces on the program, offer a many contrasts. The title suggests one: Virtuosity and grace. Compact and transparent versus a gigantic cruise ship. Classical versus Romantic. The Mozart symphony is very familiar to classical audiences, while the Brahms concerto is, Saless believes, “not performed often enough.

“You really can’t miss this (opportunity), to hear the Brahms,” he says. And you just might come away with the most beautiful ear worm ever.