Fans of Olga Kern—of which there are many in Boulder—will be interested to read the New York Times review of her performance with superstar soprano Renée Fleming Wednesday (Mar. 9) at Carnegie Hall in New York. 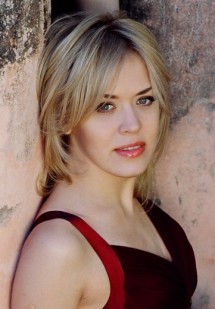 Kern has become known in Boulder through her performances at the Colorado Music Festival. Particularly memorable were her performances of all of the Rachmaninoff piano concertos and the Rhapsody on a Theme of Paganini in two back-to-back Festival Orchestra concerts—a remarkable feat of pianistic athleticism that was also an outstanding musical accomplishment—July 19 and 21, 2013.

Kern will return to CMF this summer to perform Brahms’s Quintet for piano and strings in F minor on a chamber music concert Saturday, Aug. 6, and the Beethoven “Emperor” Piano Concerto Sunday, Aug 7. Both concerts will be at 7:30 p.m. in the Chautauqua Auditorium.

In a positive review of the Fleming-Kern song recital, James R. Oestreich wrote in the New York Times that Kern, “an established solo artist in her own right, was a strong collaborator throughout, and she had additional moments to shine.” Oestreich called attention to Kern’s solo turns on the program, noting that she “opened the second half, setting the stage brilliantly for the Debussy (song) set with Feu d’Artifices (‘Fireworks’) from the composer’s second book of ‘Préludes.’”

You may read the entire review here.

3 thoughts on “Olga Kern and Renée Fleming in New York”