Yesterday afternoon (Jan. 10) the Takacs Quartet and pianist Margaret McDonald gave an engrossing performance of an unusual and fascinating program.

For their first concert of 2016, the Takacs presented three works: Beethoven’s genial first string quartet, the Quartet in D major, op. 18 no. 3; Leoš Janáček’s spiky Sonata for violin and piano, played by first violinist Edward Dusinberre with McDonald; and everyone together for Edward Elgar’s brooding, late-Romantic Piano Quintet in A minor.

The program will be repeated tonight at 7:30 p.m. in Grusin Music Hall of the Imig Music Building. Call 303-492-8008 for ticket availability.

I found this a particularly engaging concert in part because of it’s remarkable and wide-ranging variety. Think about it: every piece had a different combination of players; every piece represented a starkly different style (in spite of the fact that the Janáček and Elgar pieces were written within four years of one another); and every piece was played with the full interpretive commitment and musical integrity of a world-class chamber ensemble.

The Beethoven quartet, which opened the program, was an opportunity for the Takacs to show why they are considered one of the world’s leading quartets. They play with great precision and near-perfect intonation, but many quartets do that. But listen to the balance of the chords that close the exposition of the first movement, where you hear the entire chord, not a punctuating “thump.” Listen to the clarity of the interchange among the parts in the development section, where you can hear cleanly through the texture, with no important part covered. It is as if the music were produced by a single artistic mind, a feat not easily accomplished.

The third movement, with its unexpected transitions and slightly off-balance feel, never went awry, and the virtuosic finale rushed along with great exhilaration right to the surprising and humorous ending—Beethoven was a student of Haydn!—without ever feeling strained. It’s a genial and charming piece, with just a bit of Beethoven’s rough-hewn character, and the performance was utterly convincing in every detail.

Janáček’s Sonata for violin and piano of 1914 was written in the middle of Eastern Europe in the tense months before the outbreak of the First World War. The music seems to reflect the tension of the times, but Janáček’s highly individual music is written in such fragmentary bursts of feeling and mood that it often sounds as though some dangerous drama is about to unfold. 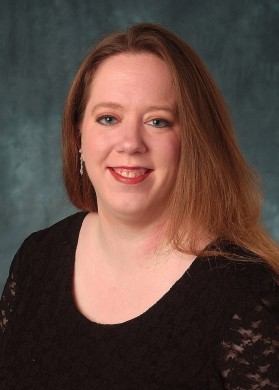 Pianist Margaret McDonald. Photo by Casey A. Cass/University of Colorado

The Sonata is so infrequently a part of concert programs—I don’t think I’ve heard it live before—that it was a delight to hear. The performance by Dusinberre and McDonald was highly accomplished, although it struck me as slightly restrained. Particularly in the last movement, where the violin keeps interrupting the lyricism of the piano with menacing outbursts, I could imagine a more ferocious, more intense interpretation.

If the Janáček sits poised at the outbreak of World War I, the Elgar Quintet sits poised at war’s end, a melancholy Victorian ornament in a world that has been shattered. The first movement seems uneasy from the very first halting notes, a mood that is occasionally interrupted by swellings of nervous lyricism. The second movement is one of melancholy comfort, a sort of musical brown study, yearning for the Victorian confidence that was swept away by the war. And the finale tries to add a note of bravado to the mood, without quite being convincing.

This remarkable piece, one of Elgar’s last, was the triumph of the concert. String quartets are notorious for being closed musical families, but McDonald seemed completely integrated into the group. She and the quartet players matched styles and achieved a balance that was admirable, especially for such a long and emotionally complex work. Everyone was fully committed to the surging emotions of Elgar’s score.

I don’t often get to hear Takacs Quartet concerts, but this is one I am delighted not to have missed. If you can beg, borrow or steal a ticket for tonight’s performance, go. It is a program and a musical experience unlikely to be duplicated.