CMF “Cellobration” winds up with the classics, plus a surprise encore 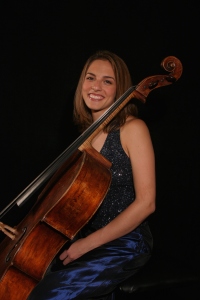 The printed program for that concert featured Colorado cellist Julie Albers as soloist in Haydn’s Cello Concerto in D major, plus Mozart’s Overture to The Marriage of Figaro, Bach’s Brandenburg Concerto No. 3 in G major, and Mozart’s “Paris” Symphony. All were conducted by CMF music director Jean-Marie Zeitouni, except for the Bach, which was performed without conductor, as a piece of chamber music.

As for what was not on the program: more about that later.

The day previous (Saturday, July 18), the “Cellobration” had presented all five of Beethoven’s sonatas for cello and piano, played by three members of the Festival Orchestra cello section—Aaron Merritt, Morgen Johnson and Gregory Sauer—with the festival’s principal keyboardist, Vivienne Spy. The performances were spread across two concerts, at 4 and 8 p.m. in the CMF’s summer chamber music venue, Boulder’s First Congregational Church.

First it should be said that Spy was a full partner in these performances, playing all five sonatas with great sensitivity and ideal support for her partners. The consistency of her playing and the quality of the CMF players brought the entire Beethoven experience to a high very level.

That said, for me two of the performances stood above the others: Johnson playing the early Sonata No. 2 in G minor, op. 5 no. 2; and Sauer playing the middle-period Sonata No. 3 in A major, op. 69. Both cellists commanded attention from the very first notes. Johnson was helped by the fact that she was playing one of the stormier sonatas, giving lots of scope for expressive display, but her commitment to the piece and the clarity of her sound were equally impressive.

Sauer played with was an even larger, richer sound and a willingness to convey all the moods of Beethoven’s outgoing sonata—one of his more “public” works, is the way Sauer described it.

Sunday evening’s chamber orchestra concert opened with the Overture to The Marriage of Figaro. This is one of the most familiar concert openers, and under Zeitouni’s direction it did not disappoint for brilliance and verve. In fact, Zeitouni took a very fast tempo, from the very first almost inaudible rush of notes in the strings, to the furious woodwind scales at the end. 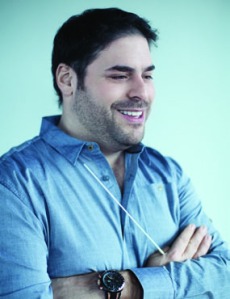 Very soft beginnings seem to be a Zeitouni specialty. Here it served the purpose of pulling the audience into the gentler sound world of the 18th century, as opposed to that of the full orchestra playing Romantic showpieces, such as those we have heard this summer by Respighi and Richard Strauss. With the CMF orchestra, Zeitouni has the string players to pull off the extra-pianissimo, but it is always a trade-off. Played so soft, and so fast, the very opening was a miracle of bustling motion; but against other instruments, and later in louder passages, the details became difficult to discern.

The barn-like Chautauqua Auditorium is a great venue for those Romantic showpieces, but a challenging space for much 18th-century music—such as the Haydn Cello Concerto that was written to be played for a few dozen people in a room of the palace of Haydn’s patron, Prince Esterhazy. Julie Albers gave a polished performance of this familiar piece. Her playing was well tailored to the music, from the opening announcements of the main themes to the rollicking finale.

After the concerto, Albers returned to the stage with all of the chamber orchestra cellists for a “surprise” encore—the piece that was not in the program. Cellists love to get together and play in choirs of all cellos, so it was appropriate to end the “Cellobration” with one of the most loved pieces for multiple cellos, the Bachianas Brasileiras No. 5 for soprano and eight cellos by Heitor Villa-Lobos.

Christie Conover, a young soprano from Colorado who is starting to land some plumb operatic roles with the Minnesota Opera and the Komische Oper in Berlin took the soaring soprano part, and was a delight to hear. Albers played the lead cello part, but all the cellists on stage doubtless know and have played the piece. They were clearly as pleased to perform it as the audience was to hear this surprise encore.

After intermission, a collection of string players plus keyboardist Spy—now playing harpsichord—came on to present Bach’s Brandenburg Concerto No. 3 in G major for three violins, three violas, three cellos and continuo. A conductor was not needed: the players, who again doubtless all know the piece quite well, followed concertmaster Calin Lupanu in a sprightly performance of a piece that is as much fun to play as to hear. With so many players spread across the stage in a single line, there were some minor issues of ensemble precision, but nothing serious enough to spoil the fun.

The concert concluded with Zeitouni introducing, then conducting, Mozart’s Symphony No. 31 in D major, known as the “Paris” Symphony. Written during Mozart’s disastrous visit to Paris in 1778, when he failed to land a job, earned very little money, and witnessed his mother’s death, this is nonetheless one of Mozart’s most delightful and popular orchestral works.

Zeitouni began the symphony with phrasing and dynamics that I can only describe as eccentric—but it cannot be said that he lacks ideas. Except for that unusual choice, the symphony was played with delicacy and style. Zeitouni chose what is believed to be Mozart’s original slow movement, not one that was supposed to be simpler that was substituted in some later Parisian performances. The movement was played exquisitely, again taking advantage of the string section’s ability to play together very softly.

After this moment of 18th-century elegance, the finale was a bracing and light-hearted salute to the tastes of the Parisian audiences. It is brilliant, calls for the most delicate work from the strings, and rushes to a happy conclusion. Under Zeitouni’s careful control, all the pieces fell enjoyably into place.