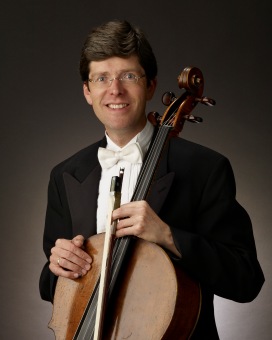 The program, which also includes the Prelude to Tristan und Isolde by Richard Wagner and the Suite No. 2 from Romeo and Juliet by Sergei Prokofiev, will be repeated at 7:30 p.m. tonight (July 17) in the Chautauqua Auditorium (tickets available here).

At 45 minutes, the Strauss filled the second half of the concert. The program opened with the Prelude to Tristan und Isolde, in a performance of strengths and weaknesses. Zeitouni began the prelude from the closest thing to silence, which gives scope for a wide crescendo, all the way to the Prelude’s defining climactic moment.

Such a beginning is captivating, but such soft levels make it difficult for the players to sustain and control the phrases, which led to some initial uncertainty and unevenness in the winds. At the opposite extreme, there were moments at the highest volume which the sound became slightly rough and not quite balanced among the sections.

Between these levels—which means most of the Prelude—the orchestral sound was warm and well controlled, including some exquisite string section playing, carefully controlled by the conductor. A lovely ending gave the performance the sense of a journey traversed. 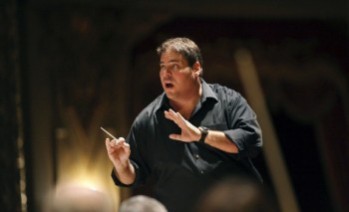 The Second Suite from Prokofiev’s Romeo and Juliet contains some of the most familiar music from the ballet (“The Montagues and the Capulets,” “Friar Laurence”) as well as some movements that are less familiar but a welcome addition to the program (“Dance of the Girls with Lilies”). Zeitouni led a performance in which the character of each section was strongly delineated, creating meaningful contrasts from one to the next. The orchestra meticulously followed the conductor’s expressive use of rubato, adding an emotional depth to music.

The performance was at its best in the more chamber-like passages, when individual players exchanged melodies and played off each other’s phrases. Likewise, the portions played by the strings alone were again beautifully rendered. From where I sat, however, the brass occasionally overpowered the rest of the orchestra. The tuba played beautifully, but the flute and clarinet could not stand up to his volume. Likewise, the brass section playing as a whole had a magnificent sound, but it was magnificent at the cost of balance with other sections. 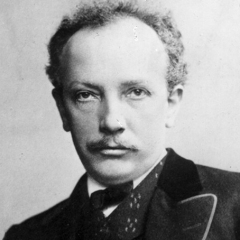 For Don Quixote, Zeitouni and the orchestra came entirely into their own. This is a piece that defines the concept of the “virtuoso orchestra,” and it requires a correspondingly virtuoso conductor. Happily, CMF has both. The Festival Orchestra boasts section players of the highest caliber, and Zeitouni clearly has an affinity for Strauss. He and the orchestra both proved that last year when his audition concert for the position of music director included powerful performances of Don Juan and Ein Heldenleben.

As part of the “Cellobration”—CMF’s week-long mini-festival celebrating the cello as a solo instrument, in chamber music and as an orchestral soloist—Don Quixote was chosen for this program because the cello is used to portray Cervantes’s literary protagonist. The score features a series of “fantastic variations” (as Strauss wrote) representing several of the Don’s fantastic adventures. Hoebig, the able soloist for CMF’s performances, is a cellist of wide experience who teaches at the Shepherd School of Music at Rice University.

The Festival Orchestra’s principal violist, Shannon Farrell Williams, is practically a second soloist portraying the Don’s sidekick Sancho Panza (together with bass clarinet and tenor tuba). Williams played with assurance and a dark, solid tone that captured Panza’s grounding in the real world throughout the Don’s chivalric fantasies. She dispatched her part on the same virtuoso level as every other member of the orchestra, from the principal wind players to the percussionist on the highly visible but (alas) barely audible wind machine.

Don Quixote is not played as often as some of Strauss’ better known tone poems—Don Juan, Till Eulenspiegel, or even Ein Heldenleben. For that reason, its programming at CMF as part of the “Cellobration” is all the more welcome—especially when it is performed with such élan and technical skill as was the case last night.

For those who love the cello—as who doesn’t?—the remaining events of the mini-festival will be at 4 and 8 p.m. Saturday, July 18, when members of the Festival Orchestra cello section will play all five of Beethoven’s Cello sonatas at Boulder’s First Congregational Church; and at 7:30 p.m. Sunday, July 19, when the CMF Chamber Orchestra will perform “Classically Cello,” a concert that features Julie Albers, a cellist from Longmont, Colo., performing Haydn’s Cello Concerto No. 2 in D major in the Chautauqua Auditorium. (More information and tickets to these performance available here).

I should point out that the title of the current Festival Orchestra Concert—the one with Don Quixote—is “Impossible Dreams.” This of course refers to the song “To Dream the Impossible Dream” from the popular Broadway musical Man of La Mancha—which serves as a reminder that you can see the musical this month at the Central City Opera, opening at 8 p.m. Saturday, July 18, in the Central City Opera House and continuing through Aug. 9 (details and tickets here).

And finally, to offset the melancholy side of the Don Quixote story, Central City is also offering a one-act Baroque opera on a lighter episode from Cervantes’ novel, Don Quixote and the Duchess by Joseph Bodin de Boismortier. This comic opera will be performed in Central City at 12:30 p.m. July 18 and Aug. 1, and at noon Aug. 6 at the First United Methodist Church in Ft. Collins (details and tickets here).