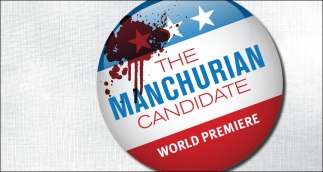 The performance was conducted by Michael Christie, former music director of the Colorado Music Festival who is now music director of the Minnesota Opera. A strong cast and first-rate orchestra gave a taut, polished performance that swept the audience up in its brisk, powerful motion, from the brittle, menacing opening sounds in the orchestra to the final, brutal punctuation mark. 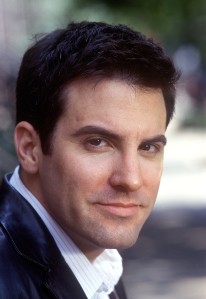 Puts’s only previous opera, the Pulitzer Prize-winning Silent Night, had its premiere by the Minnesota Opera in 2011. For Manchurian Candidate he set a very effective libretto by Mark Campbell, based on Richard Condon’s 1950s novel of the same title. A gripping if improbable tale of cold-war brainwashing set against the McCarthy-era red scares, the novel was twice made into a film—first in 1962 starring Frank Sinatra, Laurence Harvey and Angela Lansbury; and again in 2004 with Denzel Washington, Meryl Streep and Liev Schreiber.

Campbell, who also wrote the libretto for Silent Night, here created a very efficient text from Condon’s clunky potboiler. What he could not do is give depth to characters who are often little more than plot devices: Raymond Shaw, the tainted “war hero” who is a pawn of the communists; his war buddy Ben Marco, whose role it is to unlock Shaw’s corrupted mind; Jocie Jordan, who exists only to be Shaw’s love interest and to die tragically near the end; her father, Thomas Jordan, the “good” senator of liberal beliefs; Eleanor Iselin, Shaw’s predatory mother; and her husband, Johnny Iselin, the stand-in for Sen. Joe McCarthy.

That said, the opera runs lucidly through the various complexities of the original story, dispensing with events and characters not essential to the unwinding of the plot’s mainspring. It is this focus on the central story, and Puts’ compelling music, that give the opera both clarity and momentum. And at just over 2 hours including intermission, Manchurian Candidate never drags. 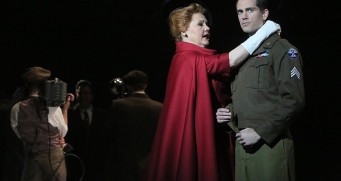 Brenda Harris as Eleanor Iselin and Mathew Worth as Sgt. Raymond Shaw. Minnesota Opera production of “The Manchurian Candidate” by Kevin Puts. Photo by Michal Daniel.

Puts has written a score of power and complexity. As scene moves rapidly to scene, he is extremely effective in changing moods and providing what contours he can to the relatively flat characters. The aura of menace around Shaw’s mother is creepily apparent, and one cannot miss the bluster and pomposity of her dim-witted husband. Similarly, the horror of Shaw’s brainwashing, the shallowness of the political hangers-on, and the languid warmth of Shaw’s “summer by the lake” are all well conveyed through the music.

Puts has mastered a range of styles, from the military band music that greets Raymond Shaw’s arrival as a Medal of Honor winner, to the delightful train music of one lighter scene, to a patriotic hymn, to the manic music of a political convention. The text is set clearly and is almost always intelligible, with the vocal parts embedded in atmospheric orchestral sounds that illuminate the meaning of the text.

The text only lost intelligibility when two different scenes were unfolding at once. Then one was grateful to have supertitles; otherwise, the audience would have no way of knowing what occurred in a some critical moments in the opera. In a theater without titles, this could be a serious shortcoming. 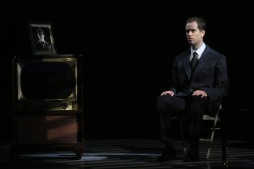 Matthew Worth as Sergeant Raymond Shaw. Photo by Michal Daniel.

In his setting of English, Puts appears to have learned from the operas of Benjamin Britten—nowhere more so that in Raymond Shaw’s “mad scene,” in which the mixed fragments of previously-heard texts recall Britten’s mad scene for Peter Grimes. If not original, it is effective and was powerfully sung by baritone Matthew Worth. 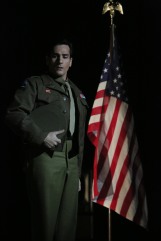 While it is not possible to cover everyone in the large cast, mention should be made of Leonardo Capalbo as Ben Marco. His scene recalling his nightmares, “Night After Night,” was one of the most effective set pieces in the opera. 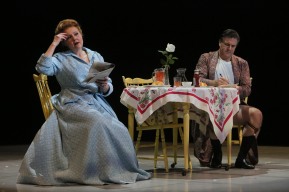 Soprano Brenda Harris has the opera’s most virtuosic music, particularly in her scene at the end of Act I, calling on “My darling little boy” and foretelling that “Terrible, terrible things will happen in this country.” This moment of almost Queen-of-the-Night threat and fireworks is a great dramatic stroke, set in the middle of a party scene that can only be described as satirical, and it was spectacularly dispatched by Harris.

Daniel Sumegi’s rough-hewn voice was appropriate for Johnny Iselin’s bluster, if not particularly beautiful. Angela Mortellaro was a lovely, winsome Jocie Jordan. Other roles, from the Chinese and Russians who brainwashed Shaw to the partygoers at the Iselins’, all filled their roles ably.

The production made good use of designer Robert Brill’s unit set. Kevin Newbury’s direction was uncomplicated and natural. There were a number of effective touches, including the menacing men in suits who moved furniture and seemed to be looming behind the scenes at critical moments, and the lighting effects that seemed to put Shaw in the shadow of prison bars when others were in open light. 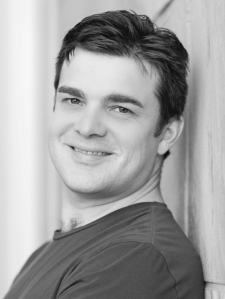 But above all one must credit conductor Michael Christie and the musicians of the Minnesota Opera orchestra. Playing in an exposed pit, they only once covered the singers. Christie maintained the flow of the opera ably. Although it is hard to judge a new work, every tempo felt right, the transitions happened smoothly and there were no audible stumbles in the complex score. I particularly appreciated that Christie did not make an entrance into the pit to elicit applause, but just started both halves with no warning.

The Manchurian Candidate is an important new opera, and it was given a worthy premiere performance at the Ordway Music Theater last night. The audience responded warmly at the end, and recognized Harris in particular as a favorite with shouts and a standing ovation.

One must congratulate the Minnesota Opera for their ongoing commissioning and support of new opera. They far surpass some much larger companies in that regard. Indeed, the recent history of the Minnesota Opera in general, and the success of The Manchurian Candidate in particular, shows that new operas can provide compelling music drama and find an important place in a successful company.

Additional performances of Manchurian Candidate will be March 8, 12, 14 and 15. Visit the Minnesota Opera Web page for details and tickets.

The same weekend as the premiere of Manchurian Candidate, the St. Paul Chamber Orchestra opened a beautiful new concert hall in the Ordway complex, with concerts Thursday and Friday evening (March 5 and 6).

This is the first time in its 30-plus-year history that the SPCO has had a home that was designed for a chamber orchestra. Previously they played many concerts in the Ordway Music Theater, whose proscenium stage, members of the orchestra say, muddied and muffled the sound that reached the audience.

To judge by the performance I heard (Friday evening, March 6), the new hall is a spectacular success. It is a beautiful space, with gentle curves, warm wood and sound-reflective gypsum blocks dominating the visual aspect. No one is more than 90 feet from the stage. The sound is very present all the way to the top of the second tier—where I was sitting. Even the softest pizzicatos carried well and the texture was consistently clean and transparent. I didn’t know if the audience’s standing ovation at the end of the concert was for the performance, or for the hall.

The first half of the program was well chosen to show the orchestra and the hall to good advantage. Playing without a conductor but following concertmaster Steve Copes’s cues, the orchestra gave a brilliant account of Prokofiev’s “Classical” Symphony. Every note of the sparkling string parts came through, and the winds were bright and clear throughout.

After Prokofiev, the SPCO gave an unlisted performance of Charles Ives’s Unanswered Question, apparently decided on at the last minute. With string playing at a barely-audible whisper and the trumpet sounding beautifully from the balcony, this was an extreme test of both orchestra and hall, and both passed, again brilliantly.

The piece commissioned for the occasion, Coraggio for string orchestra (from String Quartet No. 3) by George Tsontakis, is a pleasant, unchallenging score that passed muster as an occasional piece. If it did not test the orchestra as much as Prokofiev and Ives, it served its festive purpose well.

The second half of the concert, again without conductor, was Beethoven’s “Eroica” Symphony. It was good to hear it played by an orchestra of the size Beethoven would have known, especially of the quality of the SPCO. The dynamic range was impressive, and the momentum at the end brought the audience to their feet. But on the whole I found it less satisfying than the earlier pieces: the balance was less sure, some individual lines were too prominent, and the overall contour of the piece less controlled than might be the case with a conductor.

Still, it was a wonderful concert, and it gives hope to all fans of the SPCO. They now have a home worthy of the orchestra’s quality.

NOTE: Updated March 8 to include the running time of the performance and future performance dates  of Manchurian Candidate.