An endowed chair of Baroque music in the College of Music is one part of a $6 million estate gift to the University of Colorado, Boulder, by a music-loving economics alumnus of the university.

The $6 million commitment by donor Eugene D. Eaton Jr. is the largest gift CU-Boulder has received since 2007. Funding from the gift will endow two faculty chairs—one in economics and the one in Baroque music—and create a travel sabbatical program for undergraduates in economics.

Boulder is already the home of the Boulder Bach Festival and the Seicento Baroque Enemble. With the addition of the CU chair in Baroque music and the expected expansion of programs in Baroque music at the College of Music, Boulder will become even more of a center for the study and performance of Baroque music. 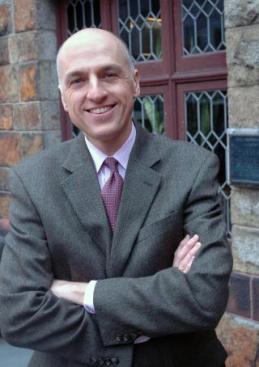 The $2.36 million directed to the College of Music represents the fifth gift of more than $1 million received by the college in the past 18 months. Last month, the college received gifts to establish endowments for the Eklund Opera Program and the Ritter Family Classical Guitar Program. In December 2013 the college announced a scholarship endowment for top performing student-musicians and in early 2013 an endowment for the Thompson Jazz Studies Program was established.

“The CU-Boulder College of Music deeply appreciates Eugene Eaton’s significant bequest, which will enable us to expand our offerings in Baroque music through the creation of a new faculty position in this area,” Robert Shay, dean of the College of Music, said. “This gift is a real testament to the impact of music, which in this case crossed disciplinary lines and clearly touched the life of a former CU student in a lasting and meaningful way.”

Eaton earned three economics degrees from CU-Boulder: a bachelor’s in 1965, a master’s in 1967 and a doctorate in 1971. While economics engaged his mind and led to his successful career as a consultant in Alaska, it was music that riveted the economist outside of the classroom. As a student, Eaton attended many of the College of Music’s concerts and embraced deep discussions with the economics faculty; from afar he continued his interest in CU until his death in 2013.