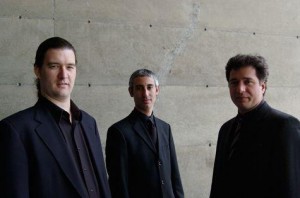 The Baroque-instrument trio Aeris opened the 2014–15 Boulder Bach Festival last night (Oct. 16) with a concert that more than lived up to the promise of its title, “Capriccio.”

In fact, the program was so capricious and idiosyncratic that it might well have taken its title from one of the works, Diverse bizzarie (diverse bizarrities). But that was exactly the goal of Zachary Carrettin, the musical director of the festival and the violinist of the trio. By focusing on a notably eccentric repertoire, Italian violin sonatas of the 17th and 18th centuries, Carrettin established from the very first notes of the new season that the Bach Festival will not hesitate to spread a wide net in order to illuminate the most familiar works of festival’s main subject, J.S. Bach. 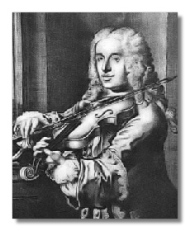 The trio, made up of Carrettin with Baroque cellist William Skeen and harpsichordist Avi Stein, gave stunning performances of violin sonatas by the Italian virtuosos and composers Veracini, Stradella, Valentini, Locatelli and Nicola Matteis, and a very Italianate and wildly virtuosic sonata by J.S. Bach; plus a cello sonata by Vivaldi. 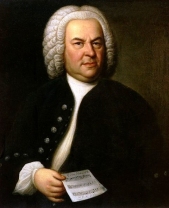 There is an important message in the choice of program. The composers Carrettin picked were, he said, “phenomenal characters in music,” musicians who explored with gusto the outer limits of their instruments and their own virtuosity. This is very different from the image we have of Bach the sober Lutheran cantor, but it was very much part of Bach’s world. And the better we understand that whole musical world, the better we understand Bach.

And this kind of programming gets the festival beyond the mere rotation of great works and provides a welcome source of excitement and exploration for Boulder’s audiences.

To bring this ancient music to life, Aeris plays on historically accurate instruments, using gut strings and Baroque bows for the violin and cello. This creates a less brilliant and potentially less consistent sound than modern bows and metal strings, but it also gives the music a warmth and a clarity of texture that the composers would recognize.

This more delicate and intimate sound works best in a smaller venue. While it would be out of place in even a modest auditorium, it sounded completely at home in Boulder’s St. John’s Episcopal Church. Boulder’s churches see many performances, but unlike larger ensemble programs, in this case the church is in no way a compromise. In fact, it is the closest thing we have to the spaces where music was performed in the Baroque era.

Aeris also plays from reproductions of 18th-century manuscripts or first editions. This is an important decision. It’s easy to imagine that notes are notes, but in fact by bypassing all of the decisions that have to be made by modern publishers and seeing only what the original performers saw, the players are able to respond much more directly to the music as it was conceived and put onto paper—both its demands and its expressive possibilities. 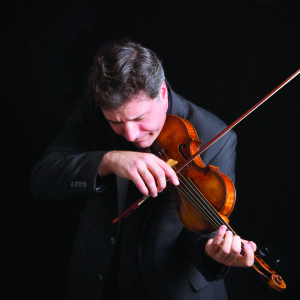 While not immune to the occasional edgy sound and surging phrases that can result from the lower tension of Baroque bows, Carrettin and Skeen played with both technical polish and a lovely sound that complimented Stein’s harpsichord without overwhelming it. They are all virtuoso performers.

The most important qualities they brought to their performance were energy and passion. If played mechanically—as Baroque music was often played in the past—this music looses its life and becomes, as it was called, “sewing-machine music.” But played with freedom and a sense of drama, as newer generations of specialist performers have done, it becomes exciting, edgy, surprising.

In this regard, Aeris could not be faulted. The program was played with flair, drama and occasionally humor. The musical swings and turns of mood were well characterized throughout.

With so many cascading notes and the freedom of expression the repertoire demands, it is easy for the metrical framework and a sense of direction to get lost in performance. Here is where Aeris truly excelled: Nothing felt aimless or seemed to wander. The players’ unerring sense of phrasing made every line clear, every joint and juncture distinct.

Music historians teach that the word “Baroque” may have come from a Portuguese word for misshapen pearls, implying music that is bizarre, extravagant and asymmetrical. With its idiosyncratic and unpredictable violin sonatas, the program by Aeris was a perfect illustration of that characteristic of the Baroque era.

Hearing such pieces, it becomes easy to understand why the early classical composers of the generation between Bach and Mozart wrote music that oversupplied what Baroque music lacked: regularity, symmetry, and an often banal predictability. Charles Burney, an 18th-century English music historian who was quoted in the program notes, represented the view of that generation when he called the music of the Italian violinists “wild, aukward [sic] and unpleasant” and said it provided “more surprise than pleasure.”

Burney to the contrary, the music Aeris performed last night supplied both surprise and pleasure—and a promising start for the 2014–15 Boulder Bach Festival.