Jean-Marie Zeituoni reflects on his new role as Music Director 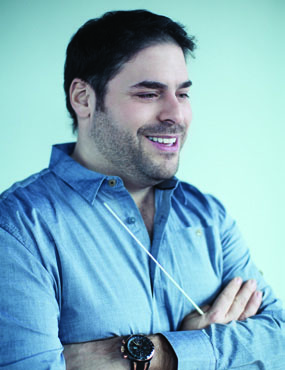 The following Q&A interview with Jean-Marie Zeitouni covers some of the issues facing the new music director of Boulder’s beloved Colorado Music Festival. The questions were presented to Zeitouni by email, giving him the opportunity to write careful and thorough answers to each question. This also allows him to introduce himself and his thoughts about the festival directly to our readers. The 12 questions I asked were intended to cover many of the most historically prominent aspects of the festival, including mini-festivals, commissions of new works, chamber music events, and guest soloists, and to give opportunity for comments on their future importance to the festival.

His answers are presented unedited, except for minor corrections to capitalization and punctuation. Additions for clarity are placed in brackets. Otherwise, the words are exactly as Zeitouni wrote them.

QUESTION: I assume it is too early to talk about specific programming for the 2015 festival, but I wonder if you have any thoughts about the general nature of programming for an intensive, six-week summer festival as opposed to a nine-month-long subscription season.

JEAN-MARIE ZEITOUNI: The keyword here is “intensity,” to which I would add creativity, originality and some balance. Some audience members are also yearlong classical concertgoers and are not always interested in listening to the same things they hear all year long; others however will get their first concert music experiences in the summer at a festival. It’s important to keep them also in mind as we elaborate programs. I’ve been involved with numerous festivals over the past 15 years (notably the Festival International de Lanaudière, where I’ve been conducting the festival orchestra for the past nine years, and with the Festival International du Domaine Forget, for the past 15 first with Violons du Roy and now with I Musici de Montréal, but also at Grant Park, Banff, Mostly Mozart, Parry Sound, and the Opera Festivals of Glimmerglass, St. Louis, Cincinnati, etc.), and what always strikes me is that they each have a distinct personality and audience that is reflected in their choices of programs, guest artists and explorations.

I’m looking forward to bringing along my experiences and ideas to Boulder, but I’m also allowing myself a bit of time to digest and understand what CMF is all about, from its roots to its fruits.

There is also the wonderful CMF orchestra. We need to develop our way of making music together, and some of next summer will be about that. 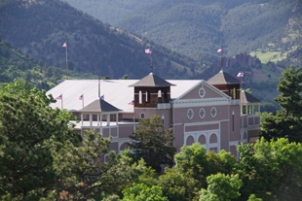 Q: How do you feel about “themes” for a festival—musical topics such a Russian music or great violin concertos—to be explored during all or part of a festival?

JMZ: I like themes and thematics in general, especially for concert programs. I think that coherent and original pairings can help us enjoy more and differently some pieces we don’t know, and even some others we think we know so well. “Mini-festivals” are also interesting if the circumstances are right. The nature of a festival allows us to explore a subject more deeply in an intensive period of time and is a good setting for organizing parallel activities (film, seminars, lectures, etc.) for audiences looking for a more complete immersion.

Q: How do you feel about programming that crosses genres and styles, such as the “mashup” programs blending pop and classical styles we have had at CMF the past two years, or the “World Music” series of earlier festivals that blended classical with music of other cultures (Klezmer, Asian styles, jazz, etc.)?

JMZ: My personal taste is very eclectic. I like great music whether it’s Western classical or Eastern or Afro-Cuban or old or modern, etc. . . . (the list goes on and on). I think it’s very natural to blend and cross styles and genres as long as we are presenting good music and at a high level of performance.

The other major factor is having the sensational Festival Orchestra, which is an invaluable asset. We want to program music that will display this ensemble’s colors and possibilities. 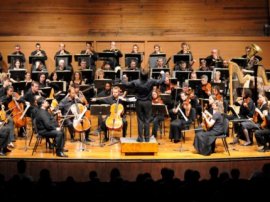 Q: What do you see as the role for new music in the festival?

JMZ: The festival has a long history of playing new music and even commissioning works. I think every arts organization should be involved in both the performance and creation of art. As for programming, it’s like creating a menu at a great restaurant—accords and contrasts, themes and threads, originality and references. Balancing the flavors.

Q: Would you like to continue the CMF’s history of commissioning new works?

Q: What do you think should be the role of chamber music performances in the festival?

JMZ: I don’t know where to start. . . . There are so many positive aspects of having the chamber music series in the festival. First, of course, there is the vast repertoire that is complementary to what we do with the orchestra, with so many masterpieces available for the audience to discover. Second, the intimacy and proximity between the artists and the audience that is incomparable. It’s also a great way to showcase some of the musicians of the CMF orchestra (and guest artists) and introduce them to the community in a more personal way.

Q: In picking soloists for the festival, how do feel about inviting well known artists as opposed to younger artists who may not be as well known? Do you think there is a role for each within the festival?

JMZ: There is definitely a role for both in the festival. We have the responsibility to both get the best artists possible on our stage and to be scouting for the best new talents to introduce them to the audience. 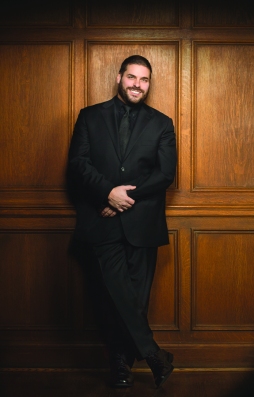 Q: How do you expect to be involved in the educational aspects of the organization?

JMZ: Much yet has to be defined. We are looking at creating more activities for the younger ones, and I have some ideas to share with the team. There is of course the very popular young people concerts, and I hope in the future, finding the right channels to involve the kids who attend CMA in original projects.

Q: Do you anticipate any issues in maintaining balance between the two arms of the organization—the school and the festival?

JMZ: No. In fact, it is important to me that we not only strive to take both the Festival and Center to new heights, but that we also look for ways to create greater synergies between the two.

Q: Do you have specific plans for attracting new audiences to the festival?

JMZ: Although [Executive Director] Andrew [Bradford] and I are both still fairly new to the organization, we have already spent a lot of time talking about this subject. We are both committed to collaborating with some of the many arts organizations in Boulder, which we hope will lead to, among other things, new audiences attending our concerts. Also, Andrew is carefully examining how we have approached marketing and public outreach in the past, and is looking for new, more creative ways to increase awareness of the organization. 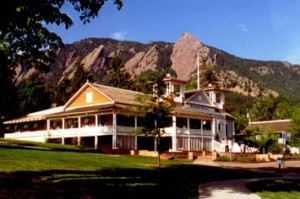 The Dining Hall, on the spectacular CMF Chautauqua campus

Q: What is your initial impression of Boulder?

JMZ: What is there not to love? My first impression was as positive as could be! I got to know many people and found them all to be extremely friendly. I also managed to make time to try many of Boulder’s best restaurants. The location is fantastic and the landscape is literally breathtaking. It’s a place I’m looking very forward to spending my summers in with my daughter, Gabrielle, who will turn two in a couple of months.

Q: What would be your message for Boulder audiences, and the supporters and fans of the Colorado Music Festival?

JMZ: I want them to know that I feel blessed to have been given the opportunity to serve as Music Director of this wonderful organization, and that I take this responsibility with great respect and care. I think I am coming to understand the great love and passion so many people in this community have for CMF and CMA, and I intend not only to create new, exciting programs for their enjoyment but also to be a steward of the organization.

Edited 10/7 to put back one word that dropped out in transmission.