With engineers in the cab, it’s time to fix the tracks

Boulder’s Colorado Music Festival is now back to full administrative strength. The railroad that is the CMF was not running as smoothly this past summer as it had in the past, largely due to the the lack of a music director  and the need to bring in multiple conductors to try out for the music director slot. But now that there are permanent musical and executive directors back running the railroad, the train can once again get up to speed. But first, it would be a good idea to clear the tracks of any unnecessary obstacles.

Metaphors aside, it is time for the CMF’s two recent hires, Musical Director Jean-Marie Zeitouni and Administrative Director Andrew Bradford, to start shaping the future of the festival. Since they are both new to Boulder, I offer here six suggestions that would draw on what I believe have been the strengths of the festival, as I experienced it over several years.

Reinstate the “Click” Commission. This was one of the most creative approaches to commissioning new music I have seen. If you have not taken part, the festival chose three composers each year, one of whom would be commissioned a new piece to open the next year’s festival. Each composer’s biography and sample works were posted on the CMF Web page, and audience members could vote for their preferred composer—by making donations to the commission. All donations went into a common pot to fund the commission, and the composer who raised the most money in their name received the commission—and the full pot.

This ingenious approach got the audience involved much more than in traditional commissioning schemes, where the festival would say, ‘We’ve selected a terrific composer (whose music you may not have heard). Trust us—it will be wonderful, if you give us some money for the commission.’

With the “Click” Commission, the contributors were part of the selection process, and they felt a great sense of ownership when the piece was premiered the next year. And the CMF received some pretty terrific pieces from composers who knew that they were a popular choice from the audience. Everyone benefited: the composer got a commission from a prominent musical institution, the festival got a new piece written for its opening concert each year, and the audience got the satisfaction of being involved from the choice of composer to the premiere. 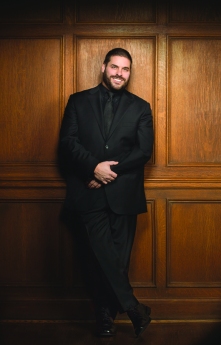 The quality of orchestra that we have enjoyed at CMF is extraordinarily high, but it is also very delicate. Such quality can easily be lost very quickly, but it can only be built over a long time. It would represent a long-term setback for the festival if the quality of the orchestra was allowed to slip. Among other things, that means treating the orchestral players as equal partners in the festival. It is not clear whether that was the case over the search process. I have heard many stories, not all reliable, but it appears that players were included in some parts of the search process but not others. But whatever the truth about the search process, everyone at CMF should remember that the trust and confidence of the players is not a commodity than should be spent carelessly.

Going forward, every effort should be made to honor the players in the way they are treated, from consulting and respecting their opinions, to pay and housing and other forms of support.

Speaking of honoring the orchestra, start by expanding the chamber music performances. The chamber concerts at eTown Hall have become one of the great jewels of the CMF. They give audiences access to a wholly different repertoire than the rest of the festival, and they present the musicians in a much more intimate setting. They give the players the opportunity to make their individual contributions as artists, to select what they want to play, and to craft their own interpretations. There is no better way to support and honor the players than giving them opportunities to perform chamber music. The musicians win and the audiences win; what could be better?

Find challenging and intriguing ways to explore music by living composers. I have said this before, but it is worth saying again: Everyone loves to talk about taking risks, but risk means the real possibility of failure. If you have no failures, you have not taken any risks. In music, this means any commissioning or presenting program for new music will include some pieces that don’t find an audience or just turn out to be duds. So it goes. CMF has to decide: does it want to stick to predictable, unexciting programming and watch the audience slowly shrink away, or do they want to find exciting and challenging new ways of engaging with the audience, at the cost of the occasional failure?

Drop the pop-concert portions of the “Musical Mashup” series and return to the kind of diversity that was created by the “World Music” series. The CMF Mashup concerts conducted by Steve Hackman have attracted sell-out crowd and should be continued on both commercial and artistic grounds. The other two concerts on the series this year, however, attracted small audiences and did not meet their projected goals. I see no reason to continue what was, quite frankly, a very conventional approach to programming: presenting pop artists (who may or may not have a significant following in Colorado) with an under-utilized orchestra.

There are other ways of positioning concerts along the boundaries between Western classical music and other traditions, including jazz, pop, folk, or music of other cultures. Whether you call it “World Music” or “Blurred Lines” or “New Approaches” doesn’t matter. What does matter is the creativity it spawns and the enthusiasm it generates. CMF would benefit from having a way of presenting a group like Time for Three, new music by Chris Brubeck, or collaborations with fiddler Mark O’Connor and the klezmer clarinetist David Krakauer, to name a few of the festival’s past endeavors that were not only fascinating and engaging, but performances on the very highest technical and artistic level. The best way to grow the festival is to engage with a wider and more diverse audience, and that should remain a focus for the festival in the future as it was in the recent past.

Incidentally, it should be noted the Zeitouni, a French-Canadian whose father is Egyptian and mother is Belgian, seems well positioned to sell the importance of multiculturalism (or multi-stylism) for creating musical strength and building an audience.

Bring back the concept of the “mini-festival within the festival.” One of the glories of the summer has been past mini-festivals of Beethoven symphonies, violin concertos, and music from the holocaust. And who can forget hearing all of the Rachmaninoff piano concertos in two nights? That was both an amazing feat of musical athletics and a remarkable artistic experience. These are the kinds of themes that distinguish a festival from a subscription season.

But above all, what the festival needs now is imaginative, professional leadership. Let us all hope that with the new Music Director Jean-Marie Zeitouni working with new Executive Director Andrew Bradford, CMF has the team in place to provide just that. We need to get the trains back on schedule.

One thought on “With engineers in the cab, it’s time to fix the tracks”