“From Peru to Mexico” features cello-guitar duo with Alfredo Muro

James Bailey, the former music curator at the Dairy Arts Center, moved to Mexico last year, “to open myself up to whatever happens next,” he says.

What happened next included quite a bit of performing, and now he is back in Boulder to play for the opening of the “Jazz at the Dairy” series at 7:30 p.m. Saturday, Sept. 16, in the Dairy’s Gordon Gamm Theater (tickets available here). Bailey will be the cello half of a guitar-cello duo with Peruvian guitarist Alfredo Muro. Together they will perform “From Peru to Mexico,” a program of Latin jazz and other music for their instruments.

With an extensive international career as a solo guitarist, Muro was originally booked at the Diary as part of a current North American tour. When Bailey was able to be in Boulder this weekend, they decided to add some of their duo repertoire to the program.

“Part of (the concert) will be what it was originally going to be, which is him performing alone,” Bailey says. “And then the other part will be the duo portion. There are elements of jazz to what we do, but I think the (main) jazz component will be his part of the program.”

Bailey and Muro have performed together for three years. They first met when Bailey booked Muro for a concert at Dazzle in Denver. They became friends and soon formed a duo. Since then they have performed whenever they can get together, most recently this summer at the San Miguel Chamber Music Festival in San Miguel de Allende, Mexico, where Bailey now lives.

“It’s a unique combination, the cello and guitar, and it really works well,” Bailey says. “Balance-wise it works out well. The thing that we’ve been surprised by is how much people like that combination, especially with Latin music. It’s just something that’s not heard very often.”

Bailey says they have not decided yet what they will play for the Dairy program, which will be announced from the stage. “I’m sure we will decide that afternoon how we’re going to do it,” he says. Very likely they will intersperse duo performances with Muro’s solo pieces.

“A good part of the concert will be music from Brazil,” Bailey says. The duo “will be playing some traditional Brazilian jazz pieces. We’ll also play two pieces from Peru, and a suite of pieces that are either written by Bach, or influenced by Bach, that will venture further off the jazz chart.”

Since moving to Mexico, “I’m being asked to perform a lot of different things,” he says. In addition to the duo performances at the chamber music festival, “I did a jazz ballad with a jazz pianist, I’m doing a Kol Nidre Jewish service, I’m putting together a repertoire of Mexican music with a jazz guitarist who lives in San Miguel, a woman who has a wonderful Bösendorfer grand in her living room wants to work on some Beethoven sonatas, and there are a couple of string players who want to put together a string quartet.”

A native of Peru, Muro performs a wide variety of styles, many based in South American folk idioms, as well as jazz and classical guitar. He has a particular interest in many varieties of Brazilian music, including choros, frevo and bossa nova, but he also has an extensive repertoire of classical guitar and has performed with the Boulder Chamber Orchestra.

Once ‘the twain shall meet’ at The Dairy

“East is East and West is West,” Rudyard Kipling famously wrote, “and never the twain shall meet.”

Kipling never met Reena Esmail. A composer who is thoroughly trained in both Western and North Indian classical music, she comfortably combines the two in her personal experiences and work. And bringing that cross-cultural blend to a broader public has become her mission.

Together with composer/percussionist Payton MacDonald, Esmail leads Shastra, an organization that aims to musically overthrow Kipling’s poetic decree. Or as the website states, Shastra “connects musicians working in both the Indian and Western musical traditions.”

Esmail and MacDonald bring their boundary-breaking project to the Dairy Arts Center in “Shastra! Indian/Western Fusion,” a concert featuring Front Range artists. “It’s basically a single evening of artists who do this kind of collaboration,” Esmail says. “It’s musicians but there’s also dance.”

In addition to the concert, The Dairy will present MacDonald’s film Sonic Divide in the Boedecker Theater. The film documents MacDonald’s 2016 bicycle ride along the Great Divide Mountain Bike Route, from Antelope Wells, New Mexico, to Banff, Canada. He rode the 2,500-plus mile route alone, stopping along the way to perform music composed specifically for the event.

Changing of the guard at the Dairy

James Bailey, the music curator who has transformed the musical offerings at Boulder’s Dairy Arts Center, has stepped down from his position, effective May 1.

He will be replaced in the position by Sharon Park, a violinist and music administrator who has worked for and played in several of Boulder’s classical music organizations, including the Colorado Music Festival, the Boulder Bach Festival, the Boulder Philharmonic and the Boulder Chamber Orchestra. Park is a graduate of the New England Conservatory, the Juilliard School and the University of Colorado, Boulder.

After about two and a half years in the position, Bailey said he made the decision to step down just this year. “Over a period of weeks I got the feeling, ‘maybe it’s time for me to retire from this’, and open myself up to whatever happens next,” he says. “When I started looking at what’s involved with music at the Dairy, I realized that now is the time to do it, and to walk away and let that happen as it may.”

He has no specific career plans after leaving the Dairy. “It’s  business as usual for me into June,” he says. “I’ve got a couple of trips I’m taking. I probably won’t settle into ‘What am I going to do next?’ until mid-August.”

Speaking of his successor, Bailey says “I have complete confidence in Sharon. I know her as a musician and as an administrator, so I knew that she would be perfect for the job. I’m very glad she was available.” 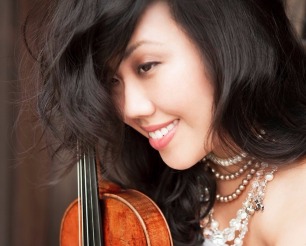 Sharon Park, new curator of music for the Dairy

“Its a huge honor to follow in Jim’s footsteps and carry on the platform he’s already created,” Park says. “Jim has been integral not only to music at the Dairy but in general in our community. I’m excited to carry on that platform that Jim has so wonderfully created for the past couple of years.

“One of the special things about the Dairy is that it really does break down the barriers of the traditional concert hall.”

In his time as music curator, Bailey took the Dairy from having almost no serious musical program to one of the most interesting and creative venues in Boulder, in part by focusing on things off the beaten path that no one else was doing. These have included world music, work by local composers, the combination of music and film, live music with dance, and jazz performed in a pure listening environment.

“I was very fortunate to meet Bill Obermeier (executive director of the Dairy Center) when I did,” he says. “We hit it off, we had the same vision, and we created it. We’ve gone from nothing to where we produce about 22 concerts a year.”

That same period has seen the renovation of the Diary, which now has a well designed entrance that provides about the best lobby space of any performance venue in Boulder.

Both Bailey and Park said that the current series at the Dairy—Soundscape, One Night Only, and Jazz at the Dairy—will continue for at least the coming year. But there are also some new developments planned as well.

“We’re starting a brand new series, which will be very exciting, called CU at the Dairy,” Bailey says. “This will involve faculty and graduate students from the University of Colorado.

“We have a new grand piano [a recent gift to the Dairy from the Louis and Elizabeth Tenenbaum Memorial Fund], and we have new sound equipment. And what won’t be noticed by the audiences is starting in late December we’re going to completely renovate the backstage area. The performers will be very happy about that!”

Park hints that there may be still more innovations to come. “Stay tuned!” she says. “There’s a lot of exciting things in the pipeline.”

Spanning the Globe at the Dairy

Designed to be “very eclectic,” the fall season ranges from Bosnia to Venezuela

On Oct. 8, The Dairy Arts Center will present a concert titled “World Beat,” but that enticing title could easily be applied to most of The Dairy calendar this fall.

“World Beat” features music from Turkey, Japan and Venezuela. Before that (Sept. 21), “A Place for Us” will have music from Bosnia, Palestine, Romania, Russia and Mexico. Less than a week before that (Sept. 15), cabaret singer Lannie Garrett will present “Under Paris Skies,” which comes just after the season-opening “Flamenco Fantastic!” (Sept. 9; sold out). And that all happens before a concert of music from Japan and India (“YO,” Oct. 29).

It is no accident that musical wanderlust characterizes the wide-ranging concert series at The Dairy. “If you look at the various types of music that appear over this fall series, the design is to be very eclectic,” says James Bailey, The Dairy’s music curator.

Dairy Center for the Arts

7:30 p.m. Wednesday, Sept. 21: One Night Only/World Peace Day
“A Place for Us,” honoring displaced humans around the world

Tickets for all Dairy performances: 303-444-7328
Tickets and program details online:
One Night Only
Soundscape
Jazz at the Dairy

NOTE: Recent renovations to the Dairy’s lobby and facade are now complete