“The idea of connecting orchestral music with other art forms has been very much on my mind.”

That statement from Michael Butterman, conductor of the Boulder Philharmonic, is clearly reflected in the orchestra’s recent seasons. Concerts have included projected visual images, and there have been collaborations with Boulder Ballet, Frequent Flyers Aerial Dance and Central City Opera.

Now you can add Denver’s Cleo Parker Robinson Dance Ensemble to the list, with Robinson’s original choreography for Vaughan Williams’s Lark-Ascending for Saturday’s concert (April 7). The performance will feature the orchestra’s concertmaster, Charles Wetherbee, playing the solo violin part, with the dancers arrayed on the front of the stage.

The collaboration with Robinson is one that Butterman has been planning for some time. “I wanted to work with Cleo’s company since I first came to Boulder,” he says. “It was just a question of (finding) something that would be a good fit for them and for us.”

The Lark Ascending came to mind as a suitable piece. “I thought it was a captivating piece of music, and it certainly has a sensibility that invited storytelling and choreography,” Butterman says. “So I approached Cleo about coming up with her own approach to this.” 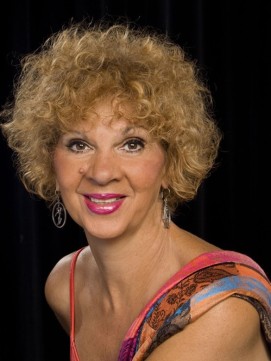 Robinson loves the celebrated choreography that Alvin Ailey created for the piece, but she had no trouble finding her own interpretation. She was inspired in part by the writing of Maya Angelou, she says: “As soon as I began to hear the music and think about the theme, (I remembered that) she wrote ‘I know why the caged bird sings.’

“I had seen choreography with the lark being female, but I shifted it, (because) we’re seeing so many young people incarcerated. Usually it’s young Black men, brown men, and those without resources. I was overwhelmed with this.”

Robinson visualized a piece that was universal at the same time that it portrays an unjustly imprisoned Black man. “Who do people listen to once they are in such a dark place?” she asks. Her answer involves a quartet of dancers: the prisoner and three women. 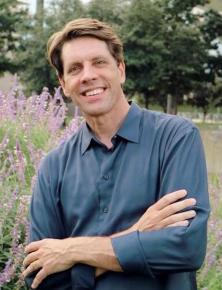 The Fifth will be the first Sibelius symphony that Butterman has performed with the Phil. “It seems like time to do one,” he says. “If you’re doing the Fifth you naturally think of the association of the last movement with swans. Sibelius wrote about being on the edge of a lake when an assemblage of swans flew overhead. He wanted to somehow capture that moment in the last movement.”

That beautiful tune he wrote to represent the flight of swans has made the symphony popular, but in other ways, Butterman says, Sibelius can be difficult for performers and audience both. “Many composers present a theme in its fully formed state, take it apart in what we would call the development section, then put it back together,” he says. “We don’t have that overview in most of Sibelius.

“His approach is to present a series of ideas, not apparently related, over the course of a movement or an entire symphony. He begins to put the pieces together, and we then see the big picture toward the end. It’s like uncovering puzzle pieces or little glimpses of an idea, maybe excavating something and over time you’re able to reveal the treasure underneath.”

Prokofiev’s Second Violin Concerto was written around the same time as the composer’s popular ballet Romeo and Juliet, and on the surface it has some of the same lyrical, accessible qualities as the ballet. Jackiw, however, hears darker elements below the surface. 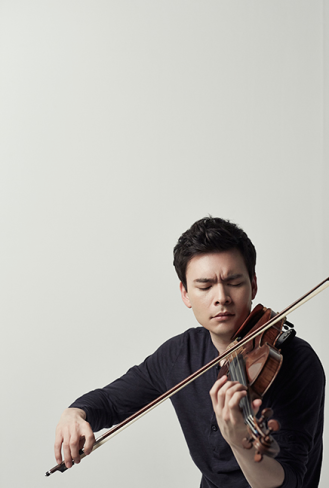 “There are certainly lyrical moments, like the second theme of the first movement,” he says. “And the second movement is one of the most beautiful things Prokofiev ever wrote. But I wouldn’t say that the piece on the whole is genial. I think actually there’s a lot of menace and nihilism as well.”

Jackiw points particularly to the opening theme for solo violin, which is flowing and lyrical but written in a five-beat pattern, and to the following orchestral entrance, which is tonally disorienting. These together, he says, “contribute to a sense of un-moored-ness and ungrounded-ness and discomfort. There’s a lot of this eerie quality in the first movement.

“The third movement also has the sense of throwing the performers and the listeners off kilter. It starts as a wild dance, and the road of the piece is a descent into madness. So while there are sweet moments, there’s a lot of demonic chaos.”

But the combination of sweetness and chaos, Jackiw believes, is what makes the concerto worthwhile. “A lot of this piece is about the dramatic tension between darkness and light, despair and hope,” he says.

“Listening out for that dramatic tension and seeing how that arc travels throughout the piece—that’s really what this is about, and a big part of what makes this piece special.”

Michael Butterman and the Boulder Philharmonic in Macky Auditorium